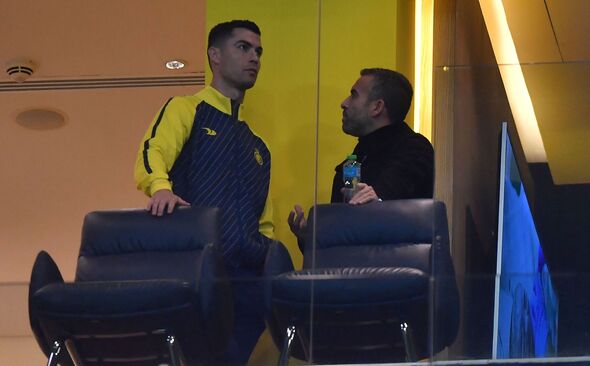 Cristiano Ronaldo will reportedly use the friendly against Paris Saint-Germain’s friendly this week in an attempt to convince Al-Nassr to make a move for Keylor Navas. The Saudi Arabian outfit handed out a mega-money contract to Ronaldo earlier this month to make him the highest-paid footballer in world football at the age of 37.

Ronaldo has had to watch on from the sidelines for Al-Nassr’s last two league matches due to a suspension from his time with Manchester United. But now that ban has been served, Ronaldo is free to play in his first match on Saudi soil since joining Al-Nassr.

His first match is set to come on Thursday when he captains Riyadh ST XI for an exhibition match against Lionel Messi’s PSG. The Saudi team will be made up of players from both Al Hilal and Al-Nassr while PSG are also set to name an all-star cast.

It will be the first time since December 2020 that Ronaldo and Messi have faced off against each other on a pitch. But the game may also be an opportunity for Ronaldo to use his contacts in helping to improve Al-Nassr’s squad.

According to Marca, the Saudi side are looking for a new goalkeeper after David Ospina suffered an injury. He’s been ruled out for up to six weeks at a crucial stage of the season for Rudi Garcia’s side.

The Spanish outlet report that Navas has been identified as Al-Nassr’s preferred target. This Thursday’s friendly in Riyadh is seen as a chance for Al-Nassr to open negotiations with Navas about a potential short-term deal.

And Ronaldo could potentially help broker any deal as he spent three years playing alongside Navas at Real Madrid. The pair won three consecutive Champions League trophies together, along with the La Liga title in 2017.

The friendly between the Saudi all-star side and PSG attracted plenty of interest in the Middle Eastern country. An online queue for tickets reportedly saw two million people waiting at one stage.

There’s also been a lucrative bidding process for a ‘VIP Beyond Imagination’ ticket, which has already topped £2million. The winner of the special ticket will be granted access to both dressing rooms for the match while they’ll also reportedly get to meet the players.