Ronda Rousey WWE WrestleMania rumors: Rousey rumored to leave WWE following WrestleMania 35 but will it be for good? 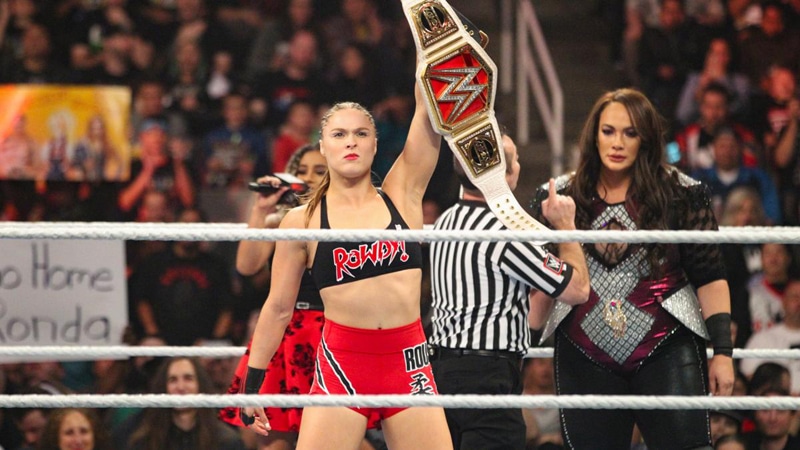 It looks like this year’s Ronda Rousey WrestleMania 35 match might be the last one for the Raw women’s champion for at least the time being.

What Culture reported that Ronda Rousey might be ending her current run with the WWE after she wrestles this year at WrestleMania 35, meaning she will have lasted just over one year in the company.

Why is Ronda Rousey leaving the WWE?

It seemed strange that Ronda Rousey would leave after WrestleMania 35, but there might be a very good reason for this decision.

Pro Wrestling Sheet followed up the What Culture report with some information of their own. According to the site, Rousey and the WWE agreed that she could step away if she chose to start a family.

The site also confirmed what What Culture reported and said that Rousey has told the WWE she will step away after WrestleMania 35. However, this is not yet set in stone as Rousey could always change her mind.

TMZ followed up and actually spoke to a WWE representative who told them that Rousey’s WWE contract is through April 10, 2021, although they did say that if she wants to start a family, that is a private matter.

At the moment, Dave Meltzer said that the plans are for Ronda Rousey to not just figtht Becky Lynch at WrestleMania 35, but to defend her Raw title in a three-way match against Lynch and Charlotte Flair.

If this is true, it will almost surely be the first time the women have ever worked the main event at a WrestleMania — another first for the WWE women’s evolution movement.

This would also give Rousey a way out without taking a pinfall if the WWE wants to keep her strong while also dropping her title. Lynch could beat Flair, or vice-versa, and it would switch out the title while Rousey remains undefeated.

Ronda Rousey could then either take the time off as reported or she could stick around. Meltzer mentioned how much money Vince McMahon paid to keep Brock Lesnar around and he could do the same for Rousey.