Novak Djokovic began his bid for a record-extending fifth Paris Masters title with a 7-5, 6-1 win against Joao Sousa in the second round on Tuesday.

Serving for the match at 5-1, Djokovic handed a towel to a male spectator who seemed unwell and who wiped his forehead with it.

The second-ranked Serb set up match point with an ace and sealed victory on his third match point when Sousa returned a second serve long. 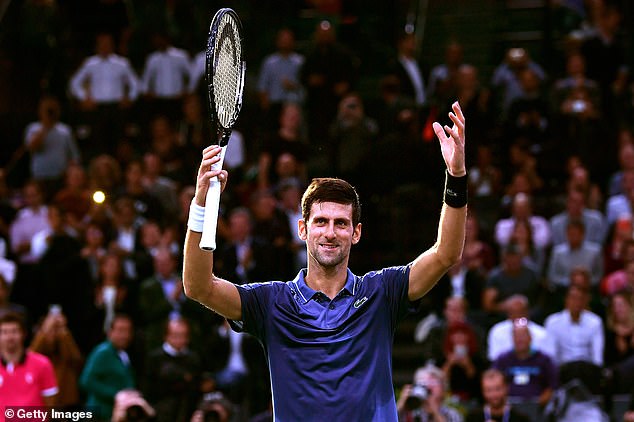 The US Open champion has won four of the last five tournaments he has entered, including Wimbledon, the US Open and most recently the Shanghai Masters.

Djokovic is seeking to reclaim the top ranking from Rafael Nadal at a tournament Nadal has never won. Djokovic next faces Damir Dzumhur.

Dzumhur upset 14th-seeded Stefanos Tsitsipas 6-3, 6-3, while big-hitting Russian Karen Khachanov also advanced to the third round. He led 6-2, 2-0 against Matthew Ebden when the Australian retired. 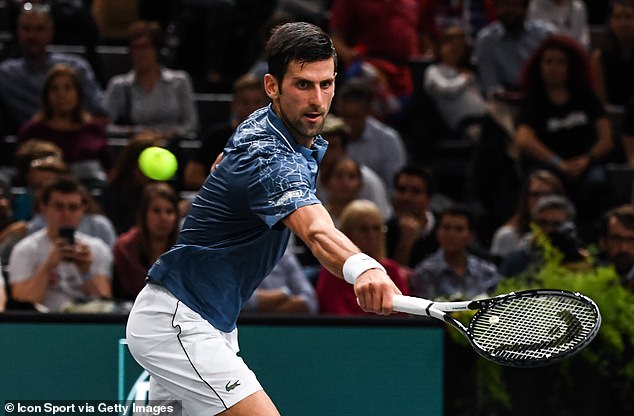 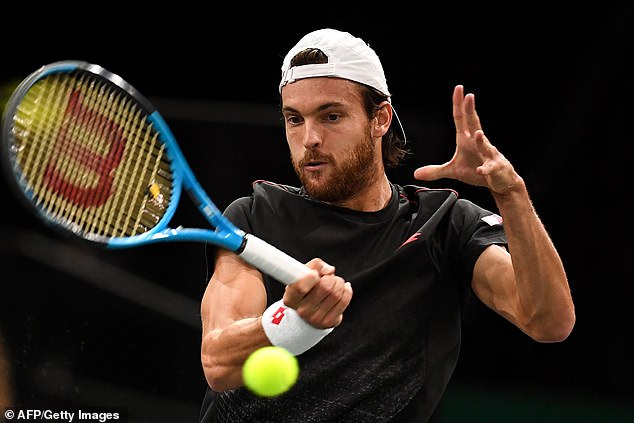 Federer’s last appearance at the Paris indoor event was a third-round loss to big-serving John Isner in 2015. There were doubts Federer would play after a grueling past week which saw him clinch his ninth victory at the Swiss Indoors and 99th overall.

‘I feel good,’ Federer told a news conference. ‘I feel like I recovered well from last week.’

The 37-year-old Federer is selective of when he plays in order to keep his body as fresh as possible, and he skipped the entire clay-court season for the second straight year.

With the season-ending ATP Finals in London starting November 11, he is playing three straight tournaments. But the third-ranked Federer feels comfortable with it.

‘I feel like it’s better for me to play matches rather than practice,’ Federer said. ‘As long as I don’t feel like I’m taking a chance on my health prior to London, that’s the key as well.’

Federer showed fighting qualities last week in Basel, where he was twice taken to three sets and went an early break down in three of his last four matches. 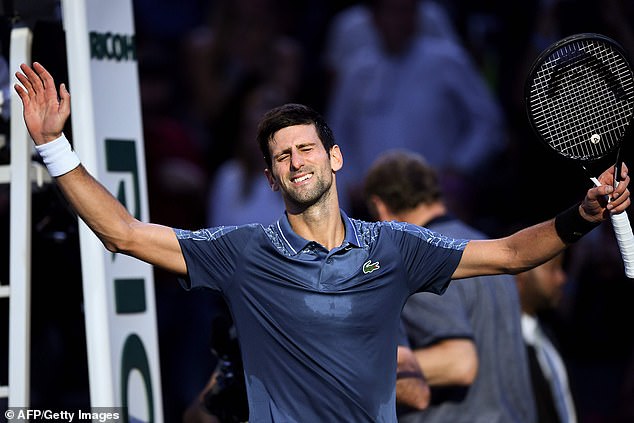 Federer moved within 10 titles of Jimmy Connors all-time singles record. He is cautious about his chances of success in Paris, where his only tournament victory came in 2011.

The Australian Open champion is drawn in the same half as Djokovic, Australian Open runner-up Marin Cilic and big-serving Kevin Anderson, who upset Federer in the Wimbledon quarterfinals this year.

‘I rarely play two or three tournaments in a row now. So starting on Wednesday and winning five matches in a row with this caliber (of players) is very difficult,’ Federer said. ‘If I get close to the last four that would also be great.’