JO DURIE: Current ranking of 11 flatters Emma and places a lot of expectation on her, but she is a wonderful talent with a great attitude and I hope we get to see the real Raducanu soon

I have tried to get my head around what it must have been like for Emma Raducanu over year and even I found it hard. Goodness knows how it has been for Emma to find her life change so dramatically.

Last summer Emma was an almost unknown teenager who played without inhibition to win the US Open. As a fan of British tennis, it was wonderful to watch her perform with such freedom, but it is not too surprising that she has struggled somewhat since then.

She just can’t seem to put a run of matches together without breaking down. It must be very frustrating for her. It certainly makes it very difficult to assess her form going into Wimbledon. 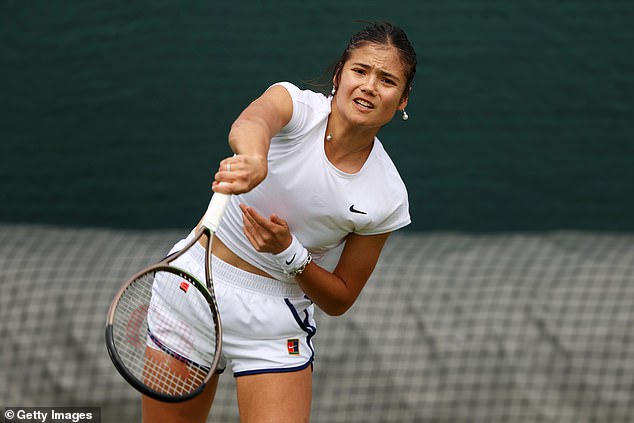 Emma adapted well to clay through the spring. But she loves a fast, hard court and should be looking forward to playing on grass. Yet she will be going into this week’s tournament having barely played half a game on the surface, having pulled a muscle in her first-round match at the Rothesay Open in Nottingham.

It is hardly the right kind of preparation. Really she just needs to get this tournament and the US Open out of the way, by which time she will have a ranking that better reflects where her career is at. She thoroughly deserved her success in New York, but her current ranking of 11 flatters Emma at the moment and places a lot of expectation on her.

As an 18-year-old, Emma won the US Open even before she had played a match on the WTA Tour. People have said it was inevitable that she would then struggle with the physical demands of the senior tour, particularly at such a young age.

But she had made it the fourth round of Wimbledon and reached the final of another event, the WTA Chicago Challenger, even before Flushing Meadows. There she won a slam having played 10 straight matches, including three qualifiers. And you’re telling me that she wasn’t fit and ready to play senior tennis? I don’t buy it. 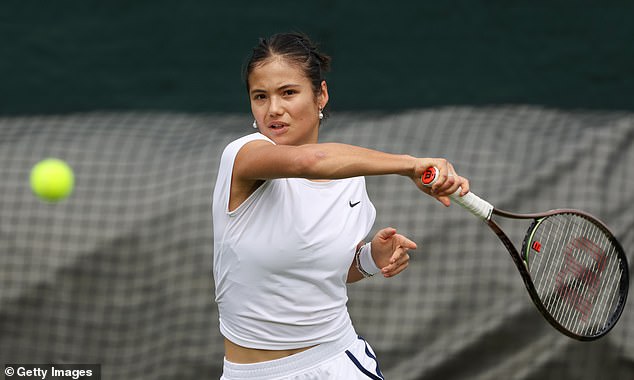 The teenager loves a fast, hard court and should be looking forward to playing on grass

Instead I wonder about her training regime. I think players overtrain nowadays. I really do. Yes, there is a place for the gym to ensure your body strength is correctly balanced. To eliminate your physical weaknesses, but most training should be done on the tennis court. You’re a tennis player, first and foremost, and your body adapts to the game’s physical demands through playing it.

I wonder if she has increased her training workload since the US Open. It is what a lot of players would have done stepping up to the WTA tour. With the prize money from the US Open, Emma certainly would have been able to spend a lot more on specialist advice in this direction.

She has split with two coaches since her win in New York. I hope she settles into a long-term relationship with a coach soon and benefits from stability that will bring.

As it is, life as a grand-slam champion comes with increased emotional and mental stress. That, in turn, will place her under physical stress. It will literally make her muscles stressed and it is then that things start to break down. 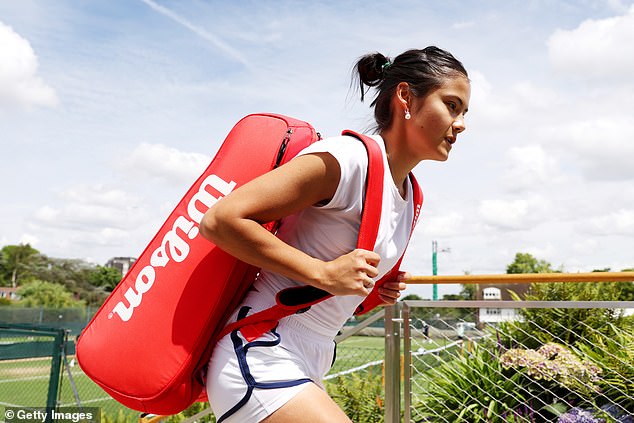 I don’t blame Emma for signing up with blue-chip sponsors. Some reports have estimated her earnings from these deals to be as much as £10million annually. My goodness, she should not be criticised for taking that kind of money while it is available.

But it brings another form of pressure. These big companies expect success. Their message to players is: we’re backing you because we’re winners and you’re a winner. It is not easy to play with freedom with that expectation on you.

I hope people take her struggles into account at Wimbledon, but I think it’s going to be a very difficult experience for her.

You get hundreds of people in the media room there, not just tennis journalists and broadcasters, and they want to find out all kind of detail about your life. When you’re the great British hope, you have to be very single-minded to deal with it. You must avoid reading everything and not let people around you to tell you about it.

Personally, I struggled with it at times, especially once I’d reached No 5 in the world and I was expected to win all the time, even though I was playing in the era of Chris Evert and Martina Navratilova. Thank goodness I played at a time before social media! That would have made it much harder to tune out the noise.

Emma is a wonderful talent with a great attitude. I love how she attacks the ball and, on form, is unafraid to play her shots. I just hope we get to see that Emma again soon.