It has been a busy week for Rory McIlroy, both on and off the course.

He saw his bid for a second US Open title slip away while more rebel golfers joined the Saudi-backed LIV Golf series, against which McIlroy has become the leader of the opposition.

The 33-year-old Northern Irishman could have been forgiven, then, for letting his frustrations get the better of him after another nightmare hole at the Travelers Championship yesterday. 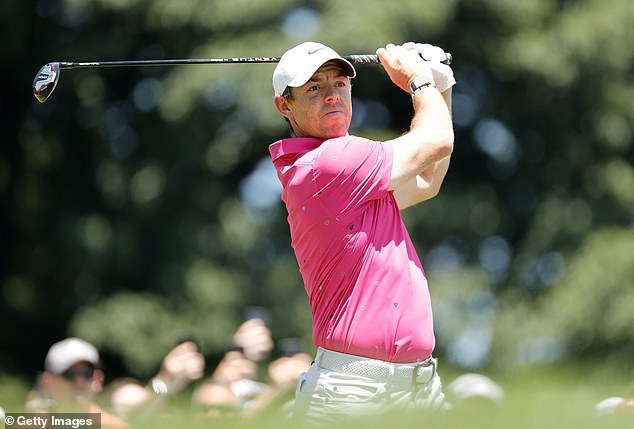 McIlroy is regarded as one of the world’s best drivers but those skills have deserted him so far at TPC River Highlands.

Yesterday, on the par-four second, he got it horribly wrong, skewing his drive just 108 yards to the right, straight into the thickest rough.

It took him two attempts to free himself from the long grass, and even then his 71-yard iron shot left him way off the fairway, this time on the left. 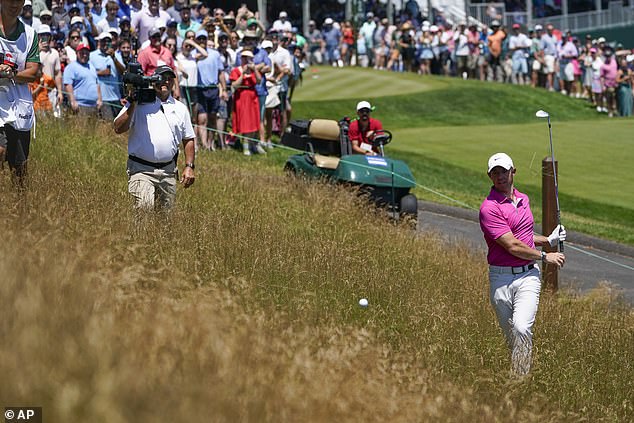 After eventually finding the green, McIlroy two-putted to card a double-bogey six.

Despite his woes he did manage to share a joke with his caddie, proof that it can happen to even the world’s best golfers.

It was not the start McIlroy was hoping for in his third round following a tough back nine on Friday. Heading into round two he was tied first and even managed to stretch into an outright lead on 13 under after five early birdies. 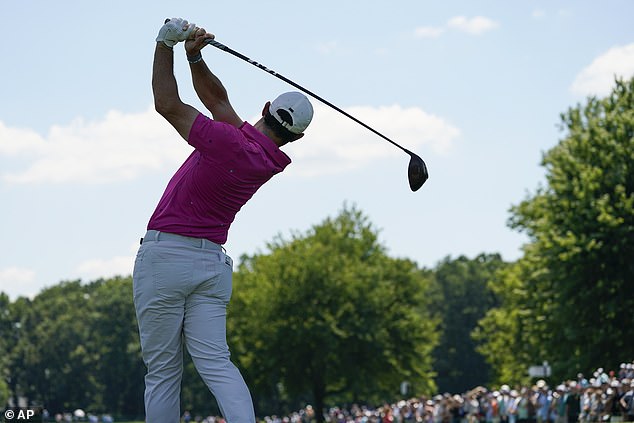 But on the par-four 12th, he quadruple-bogeyed after two wayward drives followed by a dip into the water from his chip shot.

Three holes later and he scored a double-bogey at 15, falling well behind Xander Schauffele, who has a one-shot advantage at the top of the leaderboard heading into today’s final round.

Martin Laird now leads the British interest, sitting five shots off the lead in a tie for fifth place in his quest for a fifth PGA title.

McIlroy finished the day on six under par in an eight-way tie for 31st place, a recovery of sorts after three holes he would like to forget.