Iga Swiatek finally feels at ease with her status as the best woman tennis player in the world.

The Polish No 1 seed will start proceedings for the Ladies’ Single on Centre Court in the absence of defending champion Ash Barty, who announced her shock retirement in March.

That also handed the top ranking to Swiatek, who has since gone from feeling like an imposter to an invincible. 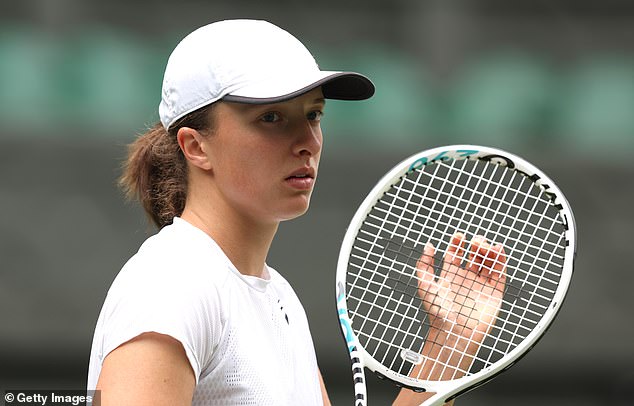 The 21-year-old has not lost in 35 matches, including an emphatic triumph at last month’s French Open.

‘I’m just proud of myself that I was able to cope well with all the expectations and the pressure after becoming NO.1.

‘Now it feels more normal. When I’m saying that out loud, it still feels surreal, but when I’m living my life day by day I’ve got used to it.’

Victory against Croatian qualifier Jana Fett on Tuesday will take her past Venus Williams and set the longest unbeaten run in the 21st century. 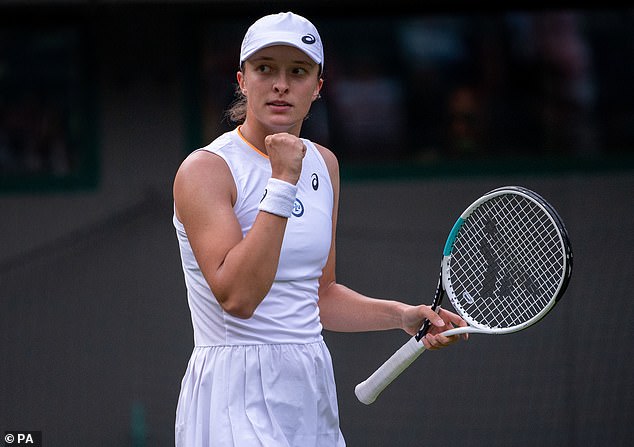 That is why she is runaway favourite to add Wimbledon to her two French Open titles. The humble junior champion here of 2018 is also mindful a run to last year’s fourth round represents her best All England performance as a senior pro.

‘Honestly, I still feel like I need to figure out grass. Last year I didn’t know what to expect, then match by match I realised maybe I can do more and more.

‘This year I only played 10 days on grass, so it’s not a lot. I didn’t have a lot of time to prepare.

‘I’m just trying to stay open-minded and kind of take positives from the situation and realize that I can play without any expectations.

‘I have had so much successes this season that I don’t have to show everybody that I need to play well in every tournament. It’s tennis – we have ups and downs.’

Swiatek took a week-long break post Roland Garros to ease the fatigue and adrenaline rush, but ended up cleaning her home in Poland to relax. 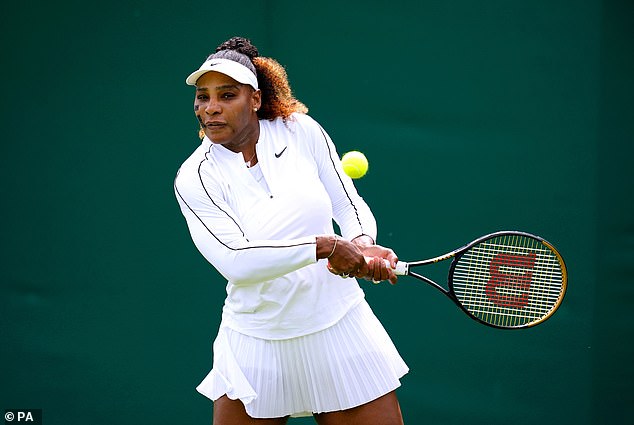 Continuing where she left off in Paris could lead to possible semi-final against Serena Williams after they were paired in the same side of the draw.

Williams, 40, has not competed since injury in the first round here last year, but is still feared as a seven-time champion.

The current and former No 1s shared Centre Court for a practice session last week and a sheepish Swiatek smiled: ‘I was overwhelmed.

‘I have never played her. I didn’t know how to react perfectly. I wanted to meet her.

‘Just seeing her around is great because she’s such a legend. There’s nobody that has done so much in tennis.’