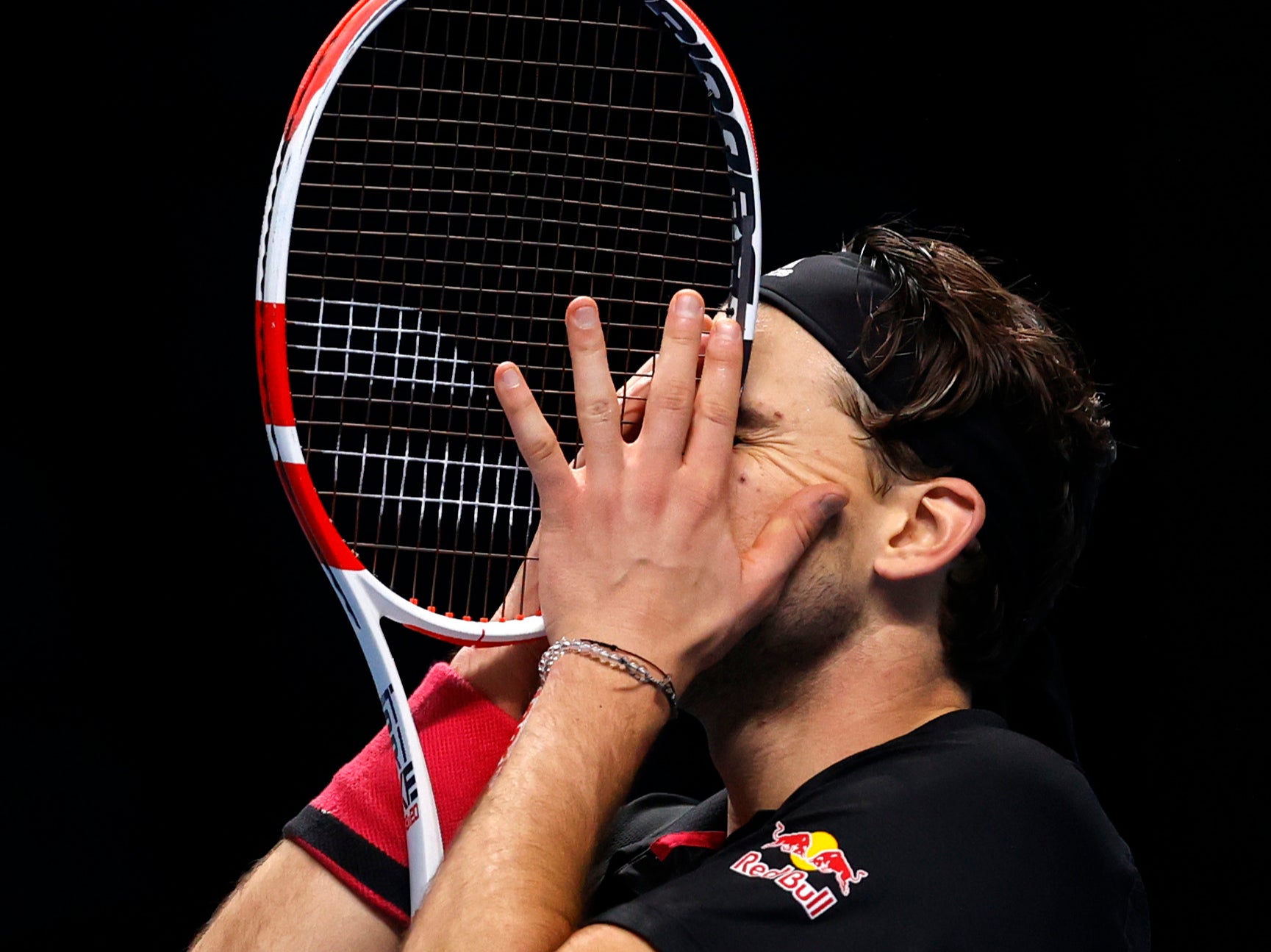 He started the breaker brightly, gaining a 2-0 lead, but Djokovic cancelled out the Austrian’s mini-break at once as he reeled off four straight points. Thiem in turn fought back, however, levelling at 4-4. And the Austrian sustained that momentum to gain match point, only to be denied by Djokovic as the tiebreak continued to ebb and flow.

The world No 3 earned a second match point as the set ticked past the hour mark, but again failed to convert, and moments later Djokovic was faced with a similar frustration as he wasted set point. But after saving a third and fourth match point, the Serb finally sealed the breaker 12-10 to send the semi-final to a deciding set.

With both competitors having exerted so much energy at the conclusion of the second set, each struggled to mount much resistance in their opponent’s service games in the third. As such, the set followed serve until 6-5 as five-time ATP Finals champion Djokovic was left seeking a hold to stay in the competition. ‘Nole’ did just that, setting up another tiebreak to decide the semi-final.

And Djokovic, beaten by Thiem in the round-robin stage at the O2 Arena last year, called on his vast experience as he claimed the first three points of the breaker, only to see the Austrian claw his way back and into a 6-4 lead.

Djokovic, as he had done several times in the second set, saved match point, but the world No 1 was only delaying the inevitable, with Thiem ultimately closing out the tiebreak 7-5 to win the contest, end Djokovic’s pursuit of a record-equalling sixth Finals title, and reach the final of the season-ending competition for the second year in a row.

Having spent just shy of three hours on court against Djokovic, Thiem – beaten by Stefanos Tsitsipas in last season’s final – will on Sunday face the winner of the semi-final between Rafael Nadal and Daniil Medvedev.