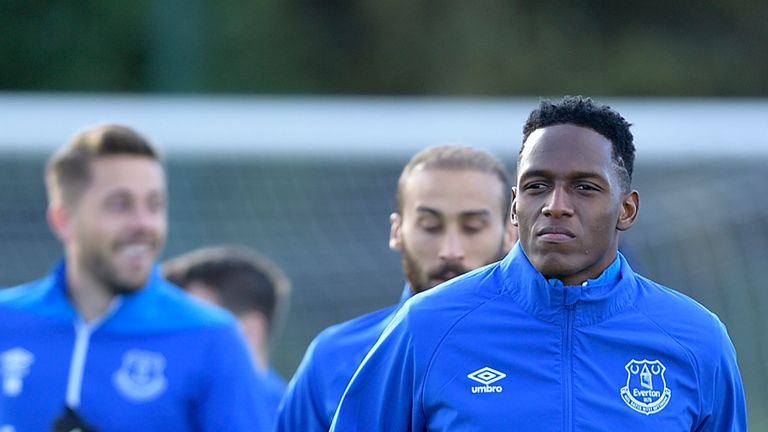 Marco Silva says Yerry Mina is ready to make his Everton debut against Brighton, but admits a better “solution” may be to play him in their friendly next week.

Mina is yet to feature for Everton since his £27.2m Deadline Day move from Barcelona due to injury and could be called upon for next week’s Premier League match against Chelsea with Kurt Zouma unable to play against his parent club.

The Colombia international’s last appearance was a World Cup defeat to England on penalties – leading to suggestions Silva may give the centre-back minutes against Brighton on Saturday to prepare him for Chelsea.

However, Silva has refused to become distracted by the selection issues for their trip to Stamford Bridge, live on Sky Sports, and says Mina could play in their friendly against Kenyan side Gor Mahia in midweek.

“It’s something you already know, some months ago, that Zouma won’t be able to play next week,” said Silva.

“But our way to think is preparing the other players to play. Mina is ready to play if I make the decision.

“It is the Brighton match, nothing more. We do not think about Chelsea. Our ambition and focus is on tomorrow’s match. The friendly match next week [against Gor Mahia] could be a good solution.”

Alongside Zouma, Everton have also taken Andre Gomes on loan. The Barcelona midfielder has told Sky Sports he is enjoying life on Merseyside but insists no decision over making the move permanent will be made until the end of the season.

Silva says the club are monitoring the pair’s progress at the club and suggests a decision over their future could be taken in January.

“Let’s see what we can do,” added Silva. “It’s really important for me to feel how our players are enjoying their work here and to play in this shirt.

“We’ll see what will happen in the next months. It is something you always pay attention to. We have to decide in the future what we can do or not.”

“I think it is really important for me that – not just the new players – but all the others’ environment is good. You are talking about players who have come from big clubs.

“We have a fantastic group spirit in our dressing room and as we get strong it will get better for us. They are enjoying how they are feeling as well. The winning mentality we are trying to build.”