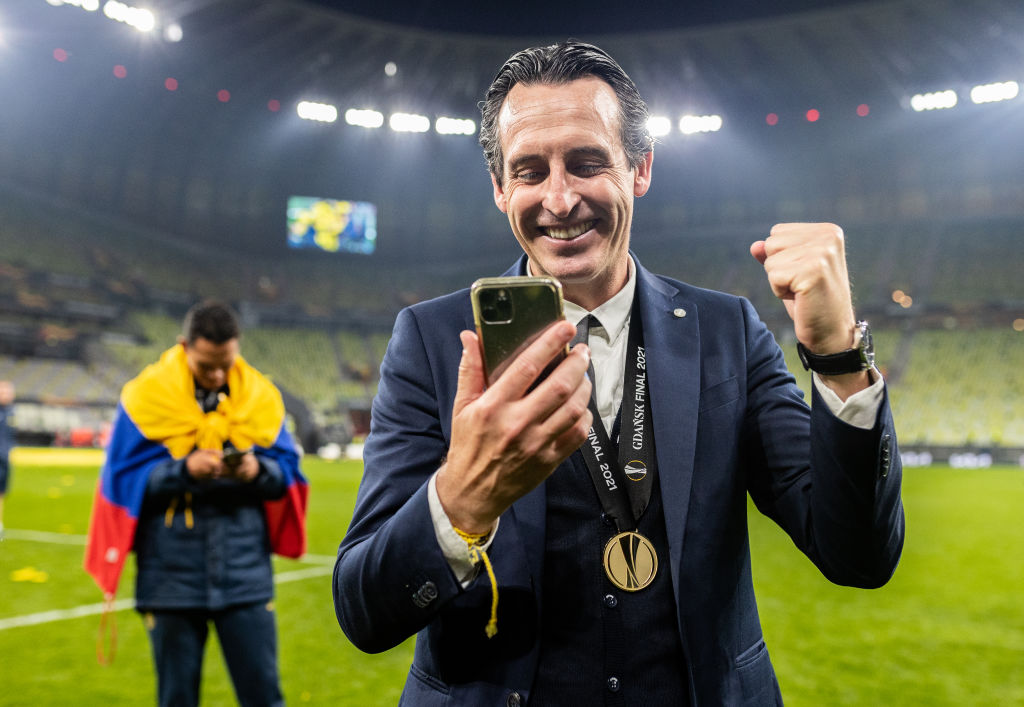 Unai Emery chose to highlight both Arsenal and Tottenham’s failure to qualify for the Champions League following his Villarreal side’s Europa League victory over Manchester United.

The Spanish club took a first-half lead in Gdansk on Wednesday night through Gerard Moreno but were pegged back in the second period by Edinson Cavani, with the match ultimately going to penalties.

In a dramatic shootout all 20 outfield players netted from 12 yards before Villarreal keeper Geronimo Rulli buried his spot-kick and then saved David de Gea’s.

The victory secured Villarreal’s first ever European trophy as well as participation in next season’s Champions League, where they will be seeded in pot one.

Prior to winning the competition, the Spanish minnows were only going to be playing in the Europa Conference League after finishing seventh in La Liga.

Speaking after the game, Emery – who was previously in charge of Arsenal – underlined the magnitude of his side’s achievement by pointing out that both his old club, and their rivals, had failed to achieve as much as Villarreal despite their exponentially bigger budgets.

‘I think this competition has grown up a lot now,’ Emery told BT Sport after the match.

‘Ten years ago, a lot of teams they were not thinking about this competition.

‘But now they want it because it’s one title and it’s one way to get into the Champions League when in their league they can’t achieve it – for example for us.

‘Manchester United, they finished second in the Premier League, next year they are going to play in the Champions League.

‘And they want to do something important in this competition for the title, but above all for the possibility to play in the Champions League.

Emery did, however, credit his time at Arsenal for helping him win with Villarreal, saying at his post-match press conference: ‘Everywhere I have been, even in England at Arsenal, I have learnt a lot, met many people, other cultures and football.

‘At the end of that story was professional frustration, but some other doors opened then.

‘When I was at Arsenal, we played a Europa League final and could not win, but it is a process, from that game I learned a lot to win this one maybe.’