Jose Mourinho has admitted Tottenham are NOT fighting for the Premier League title, despite seeing his side move top after beating Manchester City. Spurs have been in terrific form to start the season and that carried over into the game against City.

Son Heung-min gave Spurs an early lead with an excellent finish after breaking the offside trap.

Tottenham then had to cope with relentless pressure from City as they pushed for an equaliser.

Aymeric Laporte thought he had found the breakthrough after firing past Hugo Lloris.

But Mike Dean ruled the goal out having gone over to the pitch side monitor after being consulted by VAR and adjudged Gabriel Jesus to have handled the ball in the build-up. 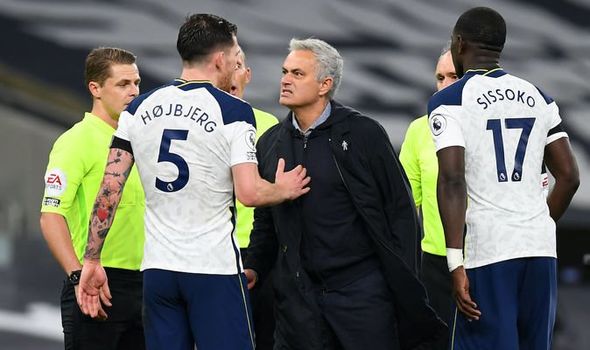 City continued to press though with Spurs’ defence put to the test.

Mourinho’s side stood strong and eventually began to find space in behind their opponents as they pushed further forward.

Harry Kane picked up the ball on the halfway line and ran forward before finding Giovani Lo Celso with a delightful pass with the Argentine finishing past Ederson.

That goal took the wind out of City’s sails as Tottenham held on for a famous win, which moved them top of the table.

But Mourinho played down his side’s title hopes after the game.

“It feels good [to be top], but maybe tomorrow we are second again and honestly that would not be a problem for me, I am just happy with the evolution,” he said.

“People cannot expect us to come here and after one season we are fighting for the title.

“We are not fighting for the title, we are just fighting to win every match. 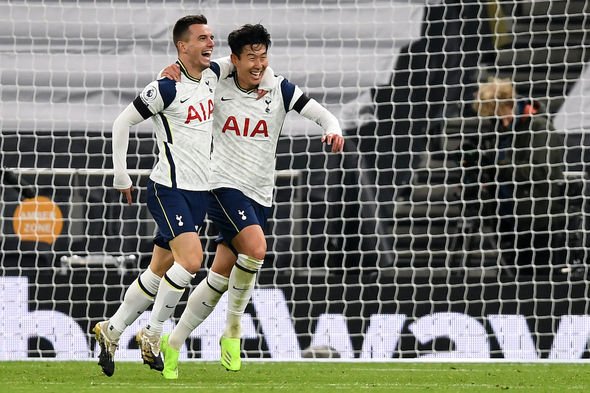 “But dinner tonight will be nice and relaxed and I will watch Atletico Madrid v Barcelona and sleep like an angel.

“But no problem if Leicester wins [tomorrow] and we are second again.”