Patrick Bamford continued his hot streak in front of goal with an 88th-minute winner as Leeds United beat rivals Sheffield United 1-0 at Bramall Lane on Sunday.

Bamford headed Jack Harrison’s brilliant cross home for his third goal of the season as he became the first Leeds player to score in his first three top-flight appearances for the club.

Leeds were indebted to an inspired performance from goalkeeper Illan Meslier, who produced a string of stunning saves to deny John Lundstram and George Baldock in the first half, as the Blades remained the only top-flight team yet to score this season.

Sheffield United, who have now lost their last six Premier League games across this and last season, remain rooted to the foot of the table with no points, while back-to-back wins sees Leeds climb to fifth.

Man of the Match: Illan Meslier

How Bamford blunted the Blades 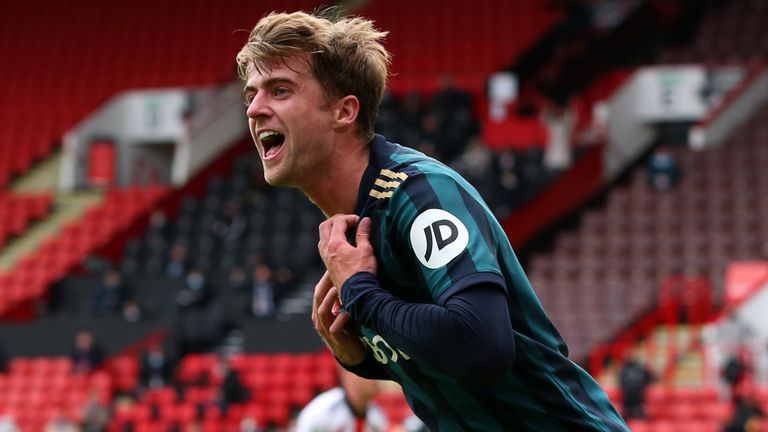 Sheffield United were rocked before kick-off by the news that defender Jack O’Connell needs knee surgery and could be out for the rest of the season. In his absence, the Blades’ new-look defence had to withstand early Leeds pressure, with Luke Ayling stinging the palms of Aaron Ramsdale inside four minutes.

Lundstram dragged Sheffield United’s first chance wide of the target soon after but Leeds remained on top, with Bamford unable to convert their early dominance into goals when he headed Kalvin Phillips’ free-kick over.

Sheffield United looked set to make the breakthrough on 29 minutes when Ben Osborn and David McGoldrick combined to set up Lundstram for his second chance, but an incredible save at point-blank range from Leeds goalkeeper Meslier kept the midfielder’s thunderous effort out. 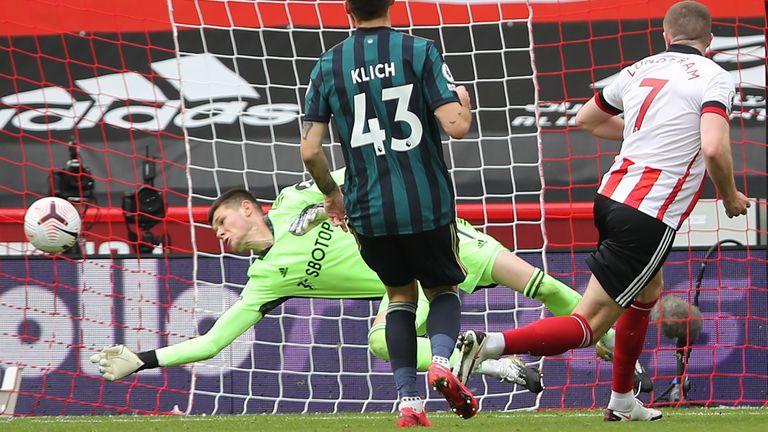 Bamford headed another chance onto the roof of the Sheffield United net moments later before Ramsdale showed he could produce moments as spectacular as Meslier when Stuart Dallas’ looping effort was clawed behind before it nestled in the top corner.

But with the Blades finishing the half strongly, it wasn’t long before Meslier was called upon again, this time to deny Baldock’s drive after he cleverly span in behind the advanced Leeds defence. 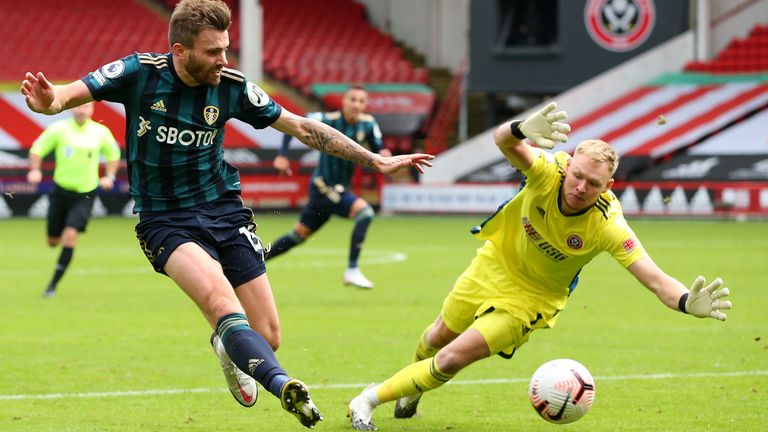 Leeds started the second period just as they did the first, dominating possession and territory, but the breakthrough continued to elude them as Bamford’s near-post drive was saved by Ramsdale before Chris Basham cleared Dallas’ effort off the line after he rounded the Blades goalkeeper.

Harrison posed a constant threat down the left flank, but substitute Rodrigo and Bamford were unable to apply the finishing touch to two crosses from the Leeds winger.

Leeds substitute Ian Poveda was denied a goal on his Premier League debut as Ramsdale parried the 20-year-old’s shot away, and Sheffield United went close to snatching a winner in the final 10 minutes when Jack Robinson diverted a corner inches wide of the post. 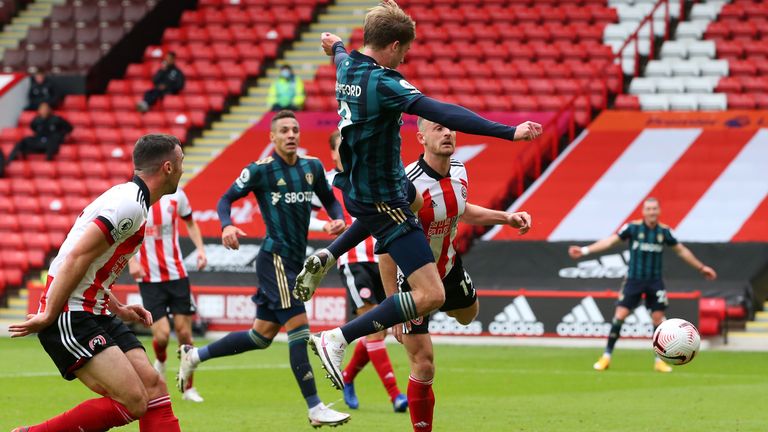 But just as the game looked destined for stalemate, up popped Bamford as his towering header nestled in the far corner to seal Leeds’ victory over their Yorkshire rivals.

Sheff Utd manager Chris Wilder: “I’ll be glad to see the back of September. Have we got another game in September, I don’t think we have? So, a fresh start in October at Arsenal away, yes.

“I can’t fault a lot of the things the players have done this afternoon. I thought it was a really tight game. There’s a couple of things that haven’t gone our way in the last two or three games from a decision point of view.

“I’ve just been told the man-of-the-match award went to the goalkeeper, but you’ve got to take your chances in the Premier League. We have to be more clinical. The best chances fell to us right the way through the game.”

Leeds head coach Marcelo Bielsa: “The first half was even. We could have scored, but we could have conceded, and the second half was a lot better for us.

“We created a small, but just difference to deserve the victory. We managed to attack better we had six or seven opportunities, and, in that sense, the offensive animation was better.”

Man of the Match – Illan Meslier 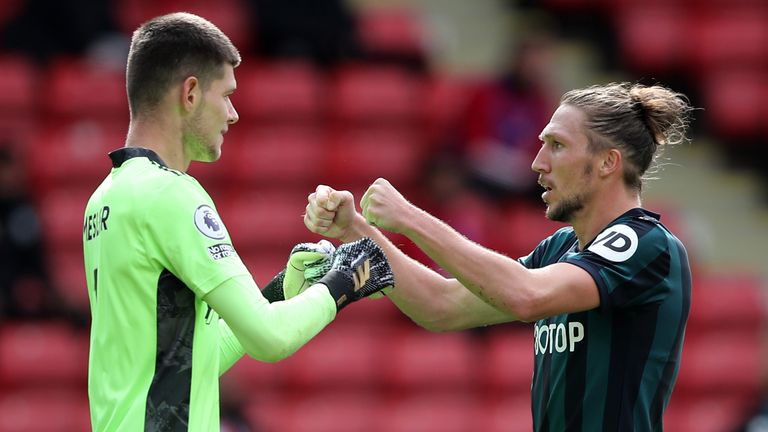 Bamford stole the headlines with his winning goal but the platform for Leeds’ victory was laid by their talented baby-faced goalkeeper.

Meslier had no right to save Lundstram’s fierce first-half strike but save it he did, and Baldock’s drive received similar treatment as Sheffield United’s worrying wait for a first goal this season continued.

It was a truly inspired performance from the 20-year-old who, with the rest of his career in front of him, could reach astronomical levels if his progression follows the same trajectory.