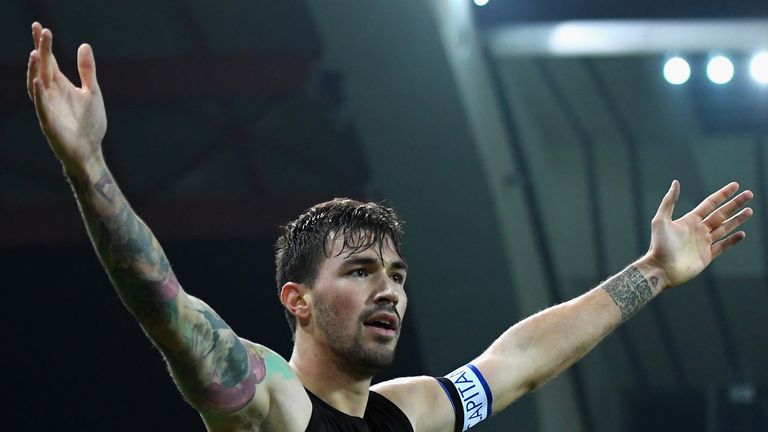 AC Milan scored a 97th-minute winner at Udinese through Alessio Romagnoli to regain fourth place in Serie A on Sunday.

Defender Romagnoli fired in the only goal of the game amid a scramble in front of goal to add to his midweek winner against Genoa, for a confidence-boost ahead of next weekend’s visit by champions Juventus to the San Siro.

Milan suffered an early blow when Argentine striker Gonzalo Higuain was forced off after 35 minutes with a back problem and was replaced by Samu Castillejo.

The Spaniard forced a series of saves from Udinese goalkeeper Juan Musso, setting up Suso for what looked like a sure opener after 59 minutes only for his compatriot to fire over when alone in front of goal.

Udinese left-back Bram Nuytinck was harshly sent off in injury time for a foul on Castillejo and two minutes later Romagnoli jumped on a Nicholas Opoku blunder.

Amid a scramble in front of goal, Suso was unable to finish off so the captain fired in himself.

Despite the offside flag being raised the goal stood after consultation with the video assistant referee (VAR).

Earlier Lazio bounced back from last week’s 3-0 home defeat to Inter Milan with a 4-1 victory over SPAL. 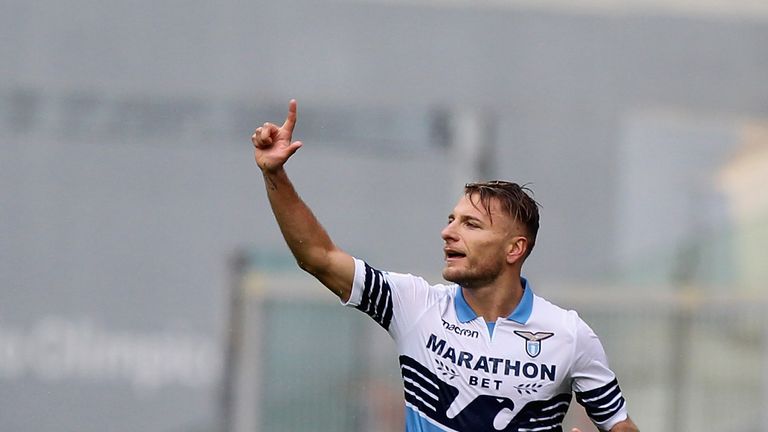 Watched by Italy coach Roberto Mancini, Italian international Immobile volleyed in the first after 26 minutes off a Danilo Cataldi corner, past SPAL goalkeeper Vanja Milinkovic-Savic, brother of Lazio midfielder Sergej, who was also playing at the Stadio Olimpico.

But the celebrations were short-lived with Mirco Antenucci tapping in the equaliser for SPAL two minutes later.

Vanja Milinkovic-Savic denied Immobile from close range and his brother Sergej fired over before Immobile’s second.

Felipe Caicedo broke through the SPAL defence and set up Immobile, whose shot took a deflection off Filippo Costa over the SPAL goalkeeper.

Blunders by SPAL’s Brazilian defender Everton Luiz allowed Cataldi and Marco Parolo to break through in the second half, but Immobile was denied a hat-trick by the woodwork.

SPAL stay 15th after their seventh defeat of the season.

In Genoa, Torino moved one point off the Europa League places in seventh with a 4-1 win over Sampdoria. 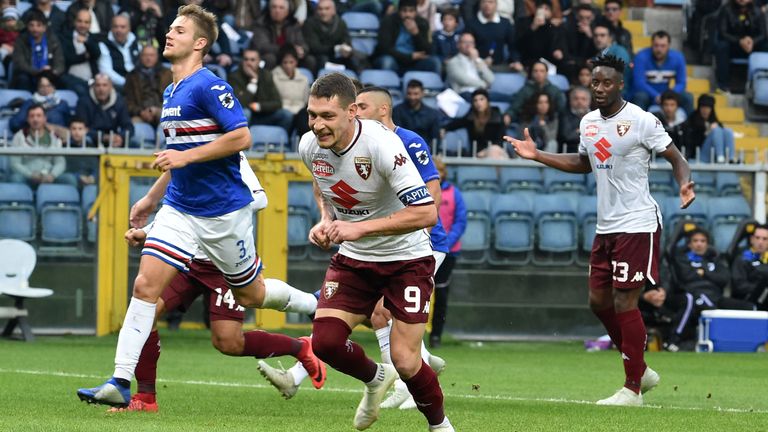 Andrea Belotti scored two, nodding in the first after 12 minutes and the second from the penalty spot before the break, with Iago Falque (56) and Armando Izzo (78) adding another two in the second half.

Fabio Quagliarella pulled a goal back on 65 minutes for Sampdoria who are three points off the European berths.

Sassuolo, meanwhile, inflicted a seventh consecutive defeat on tailenders Chievo with Federico Di Francesco (42) scoring and Emanuele Giaccherini turning into his own net in injury time for a 2-0 win.

Struggling Frosinone held mid-table Parma to a goalless draw in a bad-tempered game in Emilia-Romagna with Leo Stulac sent off for the hosts in the second half for a reckless challenge on Raman Chibsah.