If the old football maxim is true, the one that says a teams’ forwards wins games but it is a defence that clinches titles, then surely there are possibilities at Anfield which have not been present for 28 seasons.

When Cardiff City scored here to make it 2-1 with thirteen minutes to go, the sense of disappointment – shock even – was palpable, not because it was Cardiff and they had not given prior warning that this was within their armoury of capabilities, but because it is so unusual for Liverpool to concede these days, particularly at home. This, ultimately, merely emphasises how far they have travelled under Jurgen Klopp.

Callum Patterson’s intervention, toe-poking past Alisson, meant that Liverpool missed the opportunity to set a new record of ten clean sheets in a row at Anfield in the league. It would have been an astonishing feat when you think of the club’s history. This had been a sequence which stretched back to February at a stadium where they have now not lost in anything but cup competitions in longer than 18 months. 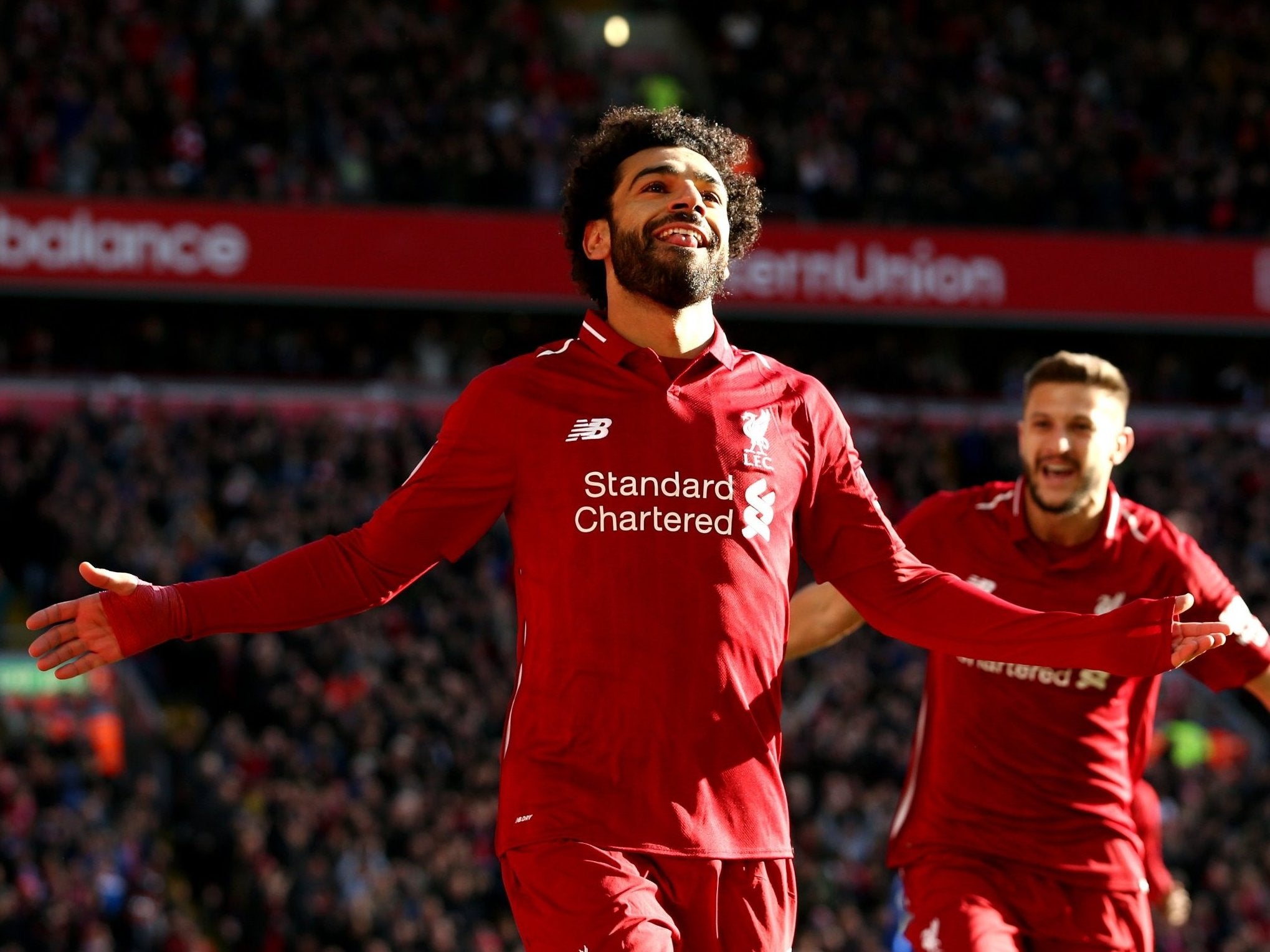 Again, Liverpool did not scintillate, no player in particular stood out, but they did win easily and they will be top of the league in their own right until Monday at least.

The mood picked up with the introduction of Xherdan Shaqiri, who was left out by Klopp having dazzled in the 4-0 victory over Red Star Belgrade, where he was substituted with half an hour to go, seemingly for rest. Liverpool were not exactly shaking after Cardiff reduced the deficit but it did need someone to go and seal their win. Shaqiri proved to be that player, weaving his way past markers, before dropping his shoulder and coolly sliding a shot past Neil Etheridge, the Cardiff goalkeeper.

Liverpool are a team that plays in bursts and in those bursts a 0-0 scoreline can suddenly become irretrievable. Here, Liverpool’s second burst was at the end as Sadio Mane made it 4-1 from Mohamed Salah’s pass. It had been an encouraging afternoon for the Egyptian again because he had earlier scored Liverpool’s opening goal, having started the move with his back heel. 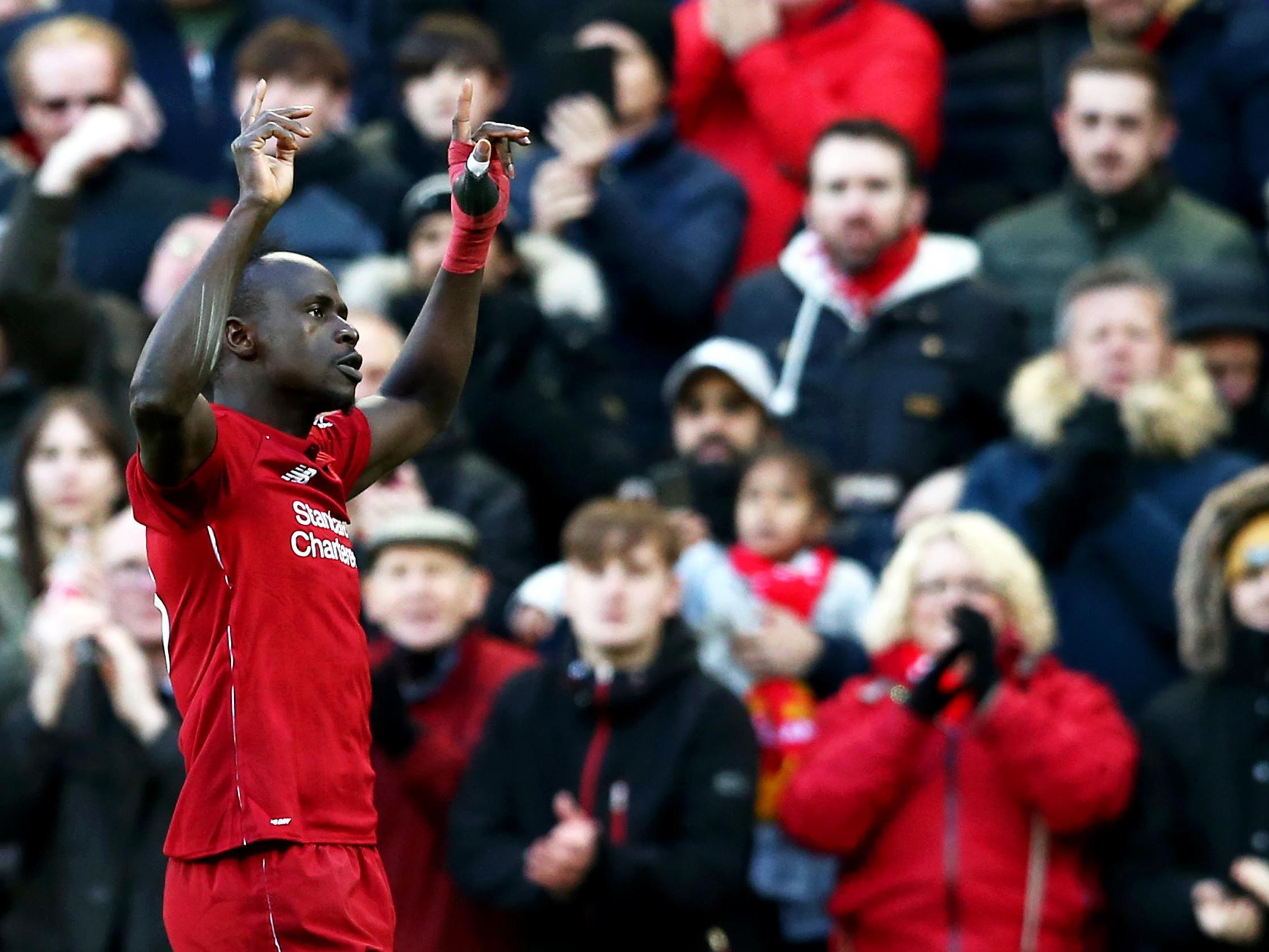 Liverpool’s first burst involved Virgil van Dijk striking a post with a header, outjumping Sol Bamba in the process. The Ivorian would then slip, ceding ground to Salah who should have shown more courage in a 50/50 challenge with Etheridge. In a subsequent meeting of bodies with Sean Morrison, the Cardiff captain had his arms all over Salah and was fortunate not to concede a penalty.

Fifteen minutes had been played. Bamba, a defender Warnock once claimed was better than Van Dijk, was under the grill, and if Cardiff’s approach had been damage limitation, they were not doing a very effective job of it, especially with their midfielders backing off so much. The contest could have been over. 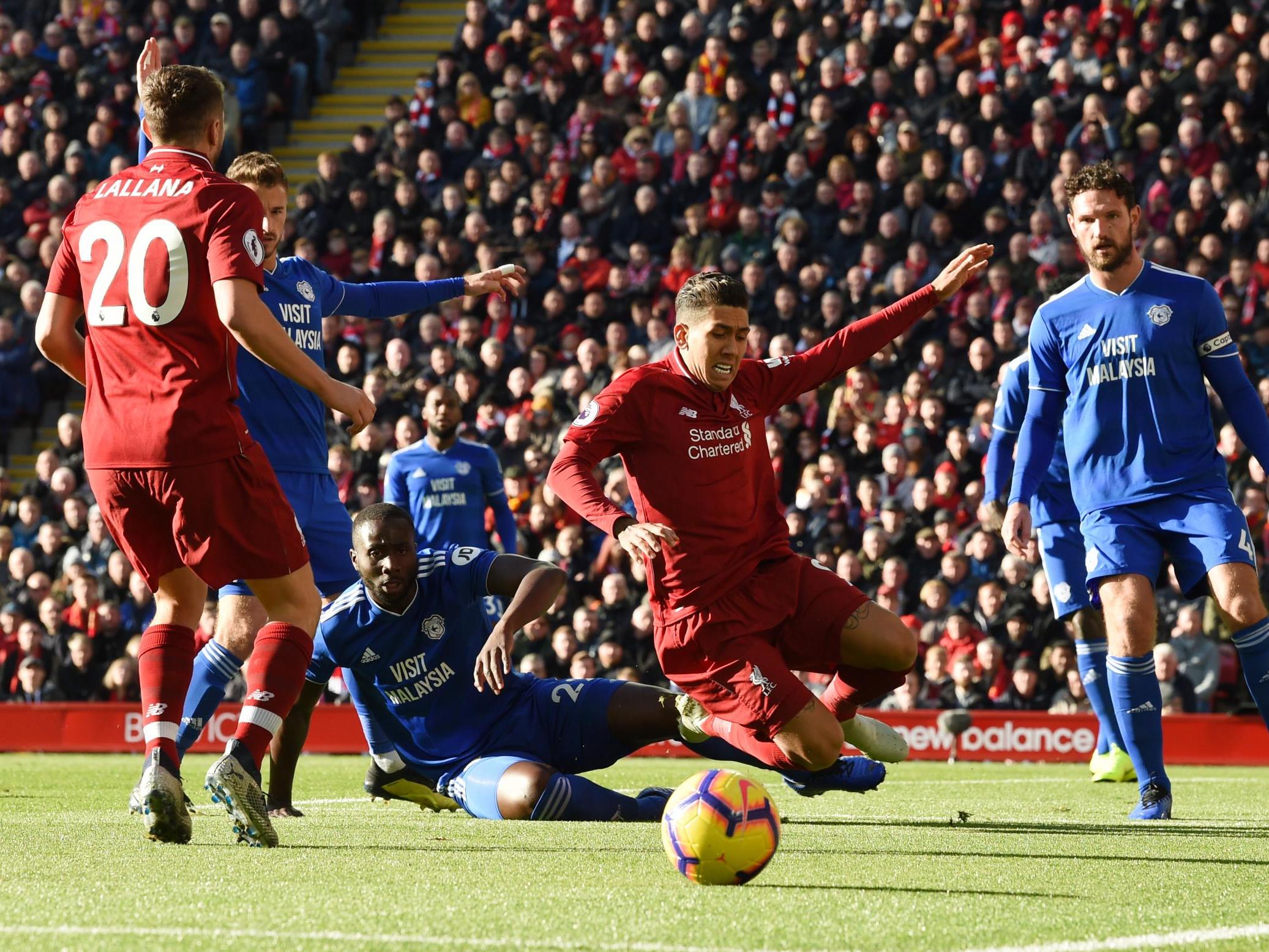 Cardiff were submissive but Liverpool began to take things too easy, reaching the point where their movement at times was either slovenly or actually quite lazy – something you don’t associate with a Klopp team. But for Adam Lallana’s header, scooped off the goalline by Morrison just before the break, not much else happened in the first half, though you could not say Cardiff had outmanoeuvred Liverpool in any way.

Eighty-two per cent of the game’s possession had been Liverpool’s up to the hour mark but their approach had been too much of a stroll for it to translate into a comfortable lead. Their second goal arrived of nothing, really – it had certainly not been coming. Yet Mane’s finish with his left foot was a missile. The late blast of goals from Patterson, Shaqiri and Mane livened things up a bit and finally, the difference in quality was reflected in real terms.