Mason Greenwood has been warned about his behaviour by Manchester United following recent issues, including time-keeping problems.

The youngster, who came through the club’s academy before establishing himself in the first team last season, has been reminded of his responsibilities as a Manchester United player.

It is understood Greenwood, who has missed the back-to-back victories over Newcastle and PSG, has a minor injury described by Ole Gunnar Solskjaer as a “niggle”. 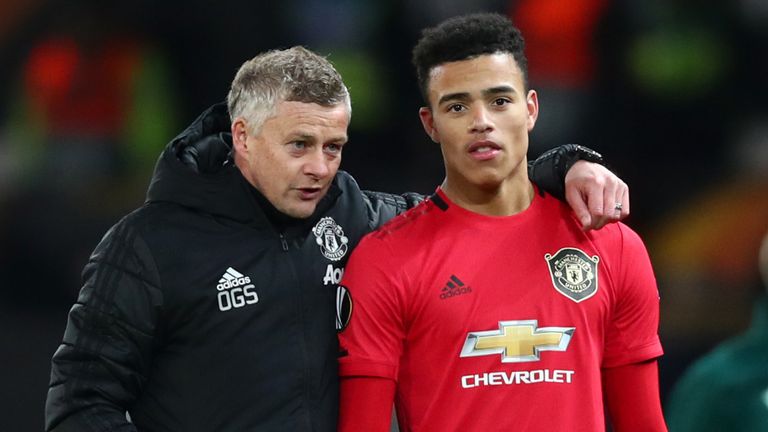 Greenwood was conspicuous by his absence from the squad at Newcastle, only to be pictured training with his team-mates on Monday.

But he did not travel to Paris, where, in his pre-match news conference, Solskjaer gave little away about his fitness but laughed off rumours that the forward and Brandon Williams were left out of the Newcastle game due to disciplinary reasons.

“So if that’s the case why is Brandon here? So, where’s your sources? That’s what I’m saying,” the United boss said. “No (truth whatsoever).”

Asked to clarify the nature of the injury and when it happened, the United boss said: “Well, that’s between… I can’t declare medical stuff, can I? It’s just a niggle and, as young as he is, we don’t want to take any chances with him so hopefully the weekend he’ll be fine again.”

He scored 17 goals for United last season and made his England debut in that win over Iceland in September.

There are plenty of Manchester United players who have been developed by the club’s academy and become legends who will tell you all about the pressure of being the next big thing at Old Trafford.

It is a challenge Greenwood is currently wrestling with after a breakthrough season where his goal-scoring exploits put him on a par with the likes of Wayne Rooney, George Best and Brian Kidd. Discipline and standards are highly important to Ole Gunnar Solskjaer, having been at the club under Sir Alex Ferguson, and particular attention is being paid to Greenwood because he has come through the academy.

Seventeen goals in his first full season have put the 19-year-old firmly in the spotlight and I understand as well as talking to Greenwood about his time-keeping, United are working hard to ensure that he is able to cope with the extra challenges that go hand in hand with such rapid development.