Bruno Fernandes has called on his Manchester United team-mates to use the Europa League final as a launch pad for next season. Fernandes has issued a rallying cry ahead of United’s final against Villarreal on Wednesday, when they will try to win the first trophy of Ole Gunnar Solskjaer’s reign.

Solskjaer’s side finished second in the Premier League, 12 points behind rivals Manchester City and they limped over the finishing line, taking just four points from their final four matches.

United lost to Leicester City and Liverpool before drawing with Fulham and beating Wolves to wrap up their domestic campaign.

Attention has now turned to the final in the Polish city of Gdansk after Solskjaer fielded a second string side in the 2-1 win over Wolves on Sunday.

Fernandes has led by example this season, contributing 28 goals and 18 assists in 57 appearances across all competitions.

And while the Portuguese playmaker is desperate to beat Unai Emery’s team and claim his first trophy with United, he is already looking ahead to next season. 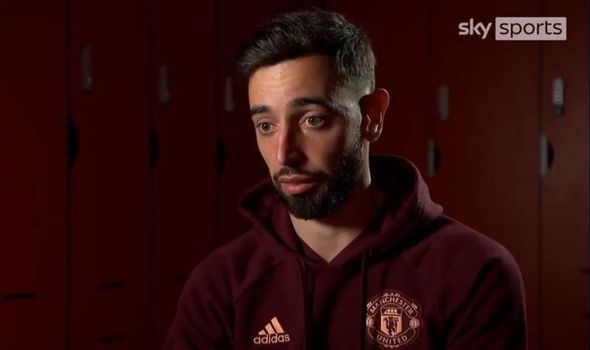 “We could do much better this season, we know that,” he told Sky Sports.

“We could go through in the Champions League. We could win many games, many things.

“But at this point the most important [thing] is that we give that step to be in the final – and I hope we don’t relax if we win something, we don’t relax after we win that, because we still have a lot to improve.”

United travelled to Poland on Monday and the club have named Harry Maguire in a 26-man travelling squad, although he is still battling an ankle injury.

If United’s captain is unable to play then Eric Bailly and Axel Tuanzebe will compete with Victor Lindelof for a starting berth in central defence.

Maguire comments indicate where Man Utd could have Haaland edge

Solskjaer’s side are favourites for the final, but know they will face a tough test against Villarreal, who overcame Arsenal in the semi-final.

Win or lose in Gdansk, Fernandes is confident that the 2021/22 campaign will see United push on and fight on all fronts.

“We understand that together we can reach better things,” he told BBC Sport.

“We have the chance this season to win a trophy, but second place is a huge improvement from last season.

“The most important thing for me about next season is being all together; club, players and fans pushing to the same side.

“If we all do that we could do many good things next season, which, I am pretty sure, will be much better than this one.”