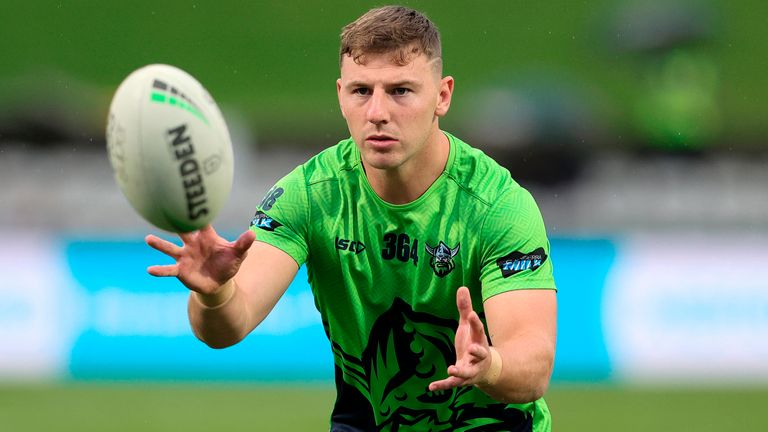 England half-back George Williams is set for an immediate return to Super League after Canberra Raiders agreed to his release.

The 26-year-old former Wigan favourite is less than halfway through his three-year contract with his NRL club but told them of his homesickness several weeks ago.

The Raiders say they received a formal request from Williams, whose girlfriend Charlotte is expecting their first child, to be allowed to leave the club at the end of the 2021 season but have decided to release the player with immediate effect.

Canberra chief executive Don Furner said the outcome was the best for both parties, saying Williams’ decision to withdraw from training on Tuesday meant his position at the club became untenable.

“George and his partner have asked on a number of occasions for a release to return to England to be closer to their families and we’ve decided to grant their request,” Furner said.

“George withdrew from training today and from the game this weekend which highlighted to the club the seriousness of George’s request.

“Over the past several weeks we have supported George and provided him with the best welfare support we could. However, as a club we felt that his position at the club moving forward became untenable.”

Wigan received an undisclosed transfer fee for Williams and, as part of the release agreement, obtained first refusal on his services should he return to Super League.

Coach Adrian Lam expressed an interest in talking to Williams about a return to his home-down club when news of his homesickness emerged but the Warriors could face competition from Warrington.

“George is a Wigan lad,” Lam said earlier this month. “I knew he’d miss home at some stage because his close friends are here and he’s well integrated with this club.

“It makes sense that as a club, we’ll be talking to him and we’ll see what happens from there.”

Williams’ former Canberra team-mate John Bateman cut his stay with the Raiders short to return to Wigan ahead of the current season while Sam Tomkins, Lee Mossop, Joe Burgess and Dan Sarginson are among other former Warriors players to return early from stints in the NRL.