Manchester United hero Robin van Persie has admitted Ryan Giggs ‘triggered him’ in training during their spell at Old Trafford together. The Dutchman spent two years playing alongside the Wales international under Sir Alex Ferguson and David Moyes. And Giggs worked as Louis van Gaal’s assistant after retiring in 2014.

Manchester United signed Van Persie from Arsenal in the summer transfer window of 2012, bringing him to Old Trafford in a £24million deal.

And the former striker has now revealed how Giggs ‘triggered him’ to scale great heights during their spell at the club.

“Actually, I was doing a show for Premier League Productions with Giggsy a couple of months ago and Steve, the presenter, was talking about my Premier League trophy,” he told the club’s official website.

“I was like, ‘yeah, okay, but it’s enough now, this guy has 13 you know, it’s a lot, so that’s enough praise for me, give it to him!’ Giggsy, to be fair, he is so genuine and he is so polite, and he just goes along with it. He is an absolute legend, you know. Thirteen Premier League titles!

“He was such a classy player and a fantastic guy.

“He was one of the players as well who really triggered me to give my absolute best in every single training session. 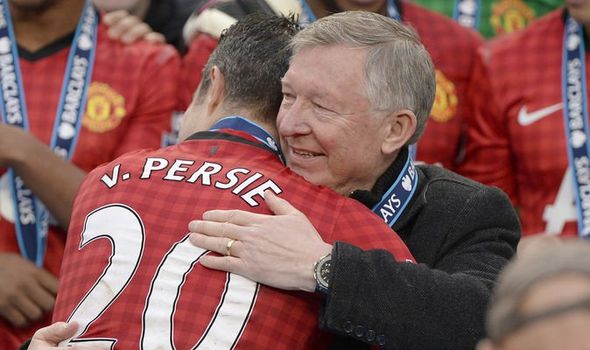 “Because the stuff he did at 38 and 39 at that time… He was doing some unbelievable stuff in training, like no-look passes, some crosses where you think ‘why is he giving that ball?’ and then suddenly everything clicks a few seconds later.

Van Persie’s title triumph in 2012 meant everything to the Dutchman, who had failed to win the trophy at Arsenal.

And he admitted that players like Giggs and Paul Scholes were relaxed about the achievement, with Van Persie feeling happier than them. 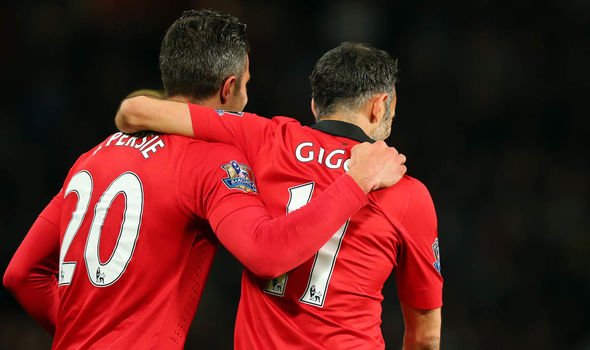 “I saw Scholes sitting at the back of the bus. He was enjoying it in his own style, but he wasn’t like me and other players who were maybe winning it for the first or second time.

“They [Giggs and Scholes] were quiet, you know, but smiling and enjoying it in a different way.

“Through that whole group I could see who had won more than five and who hadn’t.

“Like Buttner, for example! Alexander Buttner, he was partying and he was all over the place [laughs]. That was his first and if see you the difference between Alex Buttner and Giggsy, for example, it was quite funny.”

Van Persie got a guard of honour when he returned to Arsenal as a title winner in 2013 and, speaking recently, admitted he found it a difficult experience.

“I didn’t like it. Some of them were my friends, I spent eight years there and I was just happy that it was over,” he said.

“I could see in their faces that they didn’t like it, which I get. And then you see me walking there, I was just happy that it was over.

“I think it’s a nice gesture to do towards the champions, but it just didn’t feel right, not for me and not for Arsenal.

“It was a little bit awkward there, so I didn’t feel really comfortable about that.

“From my point of view, it didn’t need to happen. Okay, it’s part of the rules and, from the basics, I did like it but not that particular day.”

Celtic Classic: Connor Syme fires 63 to edge one shot ahead of Sam Horsfield