Manchester United boss Ole Gunnar Solskjaer has confirmed Bruno Fernandes will keep taking penalties for the club despite nearly missing two in a row. The Portugal international had his first spot-kick saved by Keylor Navas in the team’s 2-1 Champions League win over PSG on Tuesday night, just days after he’d missed against Newcastle. But he converted at the second attempt and looks set to stay on the role.

Few gave United a chance of beating PSG in their Champions League match at the Parc des Princes.

But, despite the odds being stacked against them, the Red Devils fought their way to a 2-1 victory in the French capital.

Fernandes scored a penalty, which came after Navas had actually saved his first effort.

An Anthony Martial own-goal pegged the visitors back but they weren’t to be denied, with Marcus Rashford then striking at the death.

Though Fernandes scored from 12 yards at the second attempt, the 25-year-old came precariously close to missing two penalties in a row.

But Solskjaer has insisted he’ll keep taking them, telling the club’s official website: “It could only get better after two misses in a row! 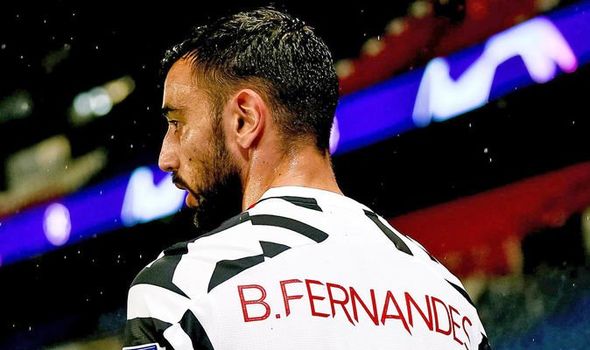 “Of course he’s not going to stop taking them, he wants to keep taking them but you need focus, concentration and character and Bruno showed that again [by scoring the retaken penalty].”

Solskjaer also thinks United are regaining confidence after a stuttering start to the season.

They’ve already lost against Crystal Palace and Tottenham in the Premier League this term but have now won two on the trot.

And the Norwegian said: “Yes of course.

“It’s all about what’s in between the ears, football is. 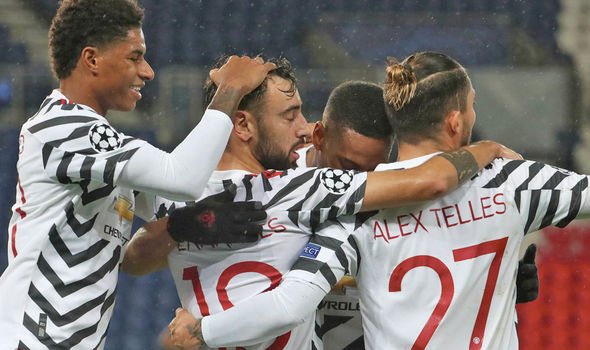 “Yes, you’ve got talent, physicality and the technical bit but if your head is screwed on right and you’re focused and concentrating on your job, then you get performances like this.”

Axel Tuanzebe was also hailed after the game.

The 22-year-old made his first appearance for the club since December last year but produced a masterclass in defending, keeping Kylian Mbappe at bay.

And Solskjaer said of the defender: “To see Axel [Tuanzebe] play as he has done – I think his last game was maybe Colchester – it’s an unbelievable performance by him.

“He’s only trained for a couple of weeks and he’s absolutely spot on.

“Axel’s a tremendous defender, a great leader. He’s come through the Academy and we’ve known for years that he’s going to be a top player for us and he’s got the character and the attitude that a Man United player should have.

“And you can see Alex [Telles], on his debut, what he’s going to give us. His delivery was great.”

He then continued: “You know when you go away from home against a team like this, against players like Neymar and Mbappe, top, top players in the world, that you will have to defend well and David [De Gea] will have to make a few saves.

“Sometimes you’ll get in a foot race with Mbappe and you have to run with him and we know Axel’s qualities, he’s a top defender.

“It’s his first game in 10 months or something which is testament to the quality he has.”

Rodgers’ approach to fixture pileup is very different to Klopp’s

What channel is Chelsea vs Tottenham on? TV, live stream, kick off for Premier League game