A second-half Marcus Rashford brace after the forward had assisted a debut Antony goal helped Manchester United to an excellent 3-1 over rivals Arsenal. Erik ten Hag’s side are now fully back on track following their poor start, while the Gunners have now lost their perfect start to the new Premier League season. Here are four things Express Sport learned from the clash at Old Trafford.

United icon Gary Neville opened his co-commentary for Sky Sports by urging Antony to make a good start to his Red Devils career – pointing out the several big-money flops the club have cast aside in recent years.

And, ultimately, the eccentric Brazilian delivered. The 22-year-old had a slow start at Old Trafford but neatly tucked away Rashford’s pass to put United ahead. He then delivered several wonderful moments of skill, including a near-successful lob from 45 yards.

Antony has an edge and a verve that no United attacker has possessed for years. If that’s what Erik ten Hag felt he needed to complete his attack, then it could be £84m well spent. 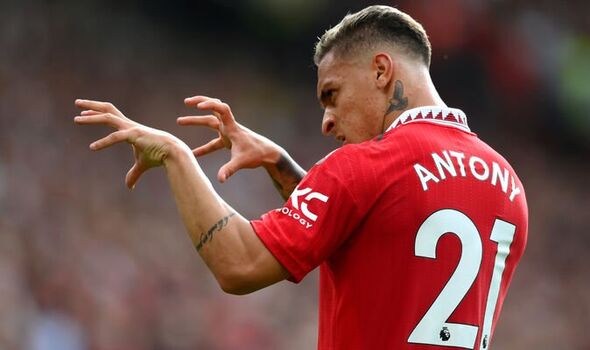 Scott McTominay is often the lightning rod for United fans’ anger. The Scot is not quite up to the standard of Liverpool’s Fabinho or Manchester City’s Rodri. Ten Hag perhaps needs a player of that calibre to take United to the next level.

But McTominay is a good player in his own right and much of the criticism is unfair. The 25-year-old was excellent against Arsenal and set the tone for an aggressive counter-attacking performance.

A strong tackle on Gabriel Jesus would have set United away on an early counter-attack had Jesus not suffered a head injury in the process. McTominay was the glue allowing his more skilful team-mates to thrive, especially in the first half. 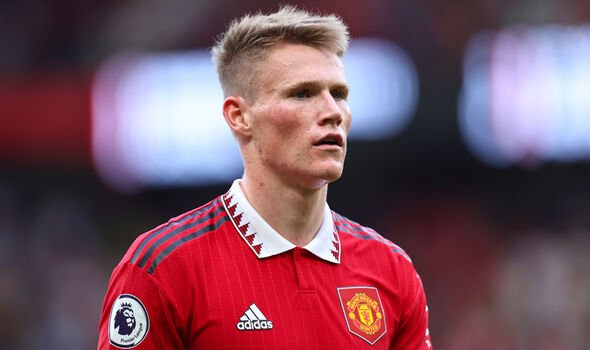 Football, and by extension sport, is about moments and memories. This weekend has given credence to the argument that those moments are being shredded away by robotic and pedantic VAR decisions.

The debate will go on over whether Martin Odegaard fouled Christian Eriksen before Gabriel Martinelli had a goal disallowed by the officials behind the technology. But that is the point – that this was not a clear and obvious error by referee Paul Tierney.

West Ham, Newcastle and Brighton all had fantastic moments ruined by VAR this weekend. It is becoming increasingly clear that the technology needs to be streamlined so that it has a little, but as necessary, impact as possible.

United won the battle of the midfields at Old Trafford and that was largely key to their success. The Gunners might regret capturing a new midfielder before last Thursday’s transfer deadline.

McTominay, Eriksen and Bruno Fernandes were excellent. Arteta will wish that the Arsenal transfer hierarchy had secured a deal for Aston Villa’s Douglas Luiz on deadline day.

Arsenal lack the all-action midfield star that United have in quite strong numbers. For the North Londoners, it could be the difference between finishing fourth and fifth.