Flamengo’s president laughs off Cristiano Ronaldo rumours, saying the Man United star would only be a substitute for the Brazilian club despite his sky-high wages… and he rules out a move for Neymar too

Flamengo’s president has scotched rumours linking Manchester United star Cristiano Ronaldo to his club, saying it’s a lot of money to pay for a substitute.

The Portuguese star had been linked with the Brazilian club in recent days but Rodolfo Landim reacted with bafflement when asked if the recently-crowned Copa Libertadores champions would be signing him.

‘I don’t know where it came from but they have a lot of creativity,’ Landim told the ‘Papo Reto’ podcast, as reported by Record. 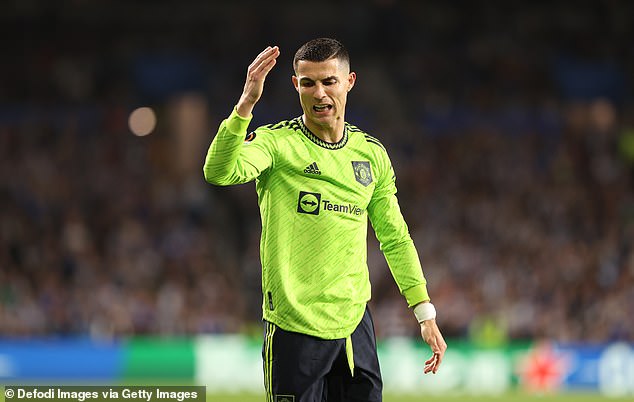 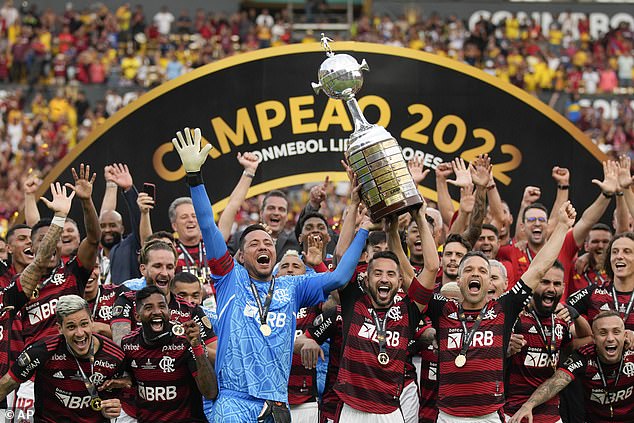 Landim went on to explain why signing the 37-year-old would be an economic impossibility for Flamengo.

‘Talk about a value far above the entire salary sheet of Flamengo for Cristiano Ronaldo.

‘To be Pedro or Gabigol’s [Gabriel Barbosa] substitute? I can’t… nobody here is going to go crazy things. 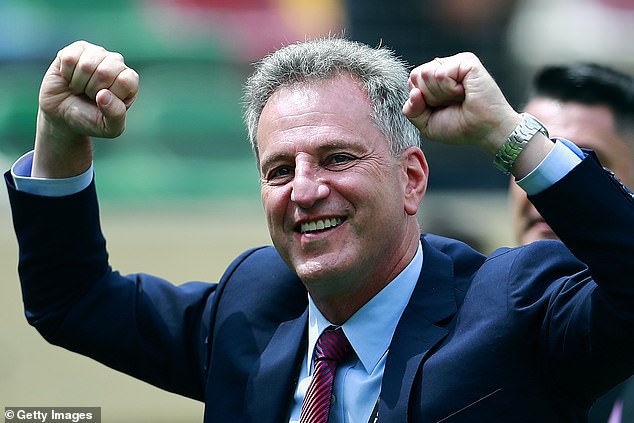 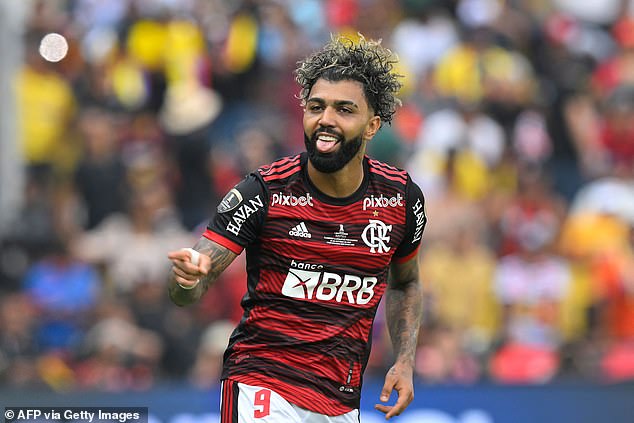 Landim said Ronaldo would be a substitute for Flamengo, who have Gabriel Barbosa up front

‘The amateur time of managing, of thinking that in the future we’ll pay the bills, that no longer exists. There is no possibility of taking a step that is not firm.’

Landim was also asked about the possibility of signing the Brazilian star Neymar from Paris Saint-Germain.

He replied: ‘I don’t know how much Neymar earns. I’ve heard that it will be close to four million euros [£3.48m] per month.

‘If we consider that amount, he will not want to come to Flamengo given what I will be able to offer him, within the wage structure.

‘He will have a better proposal from outside. It’s natural, it’s the market. 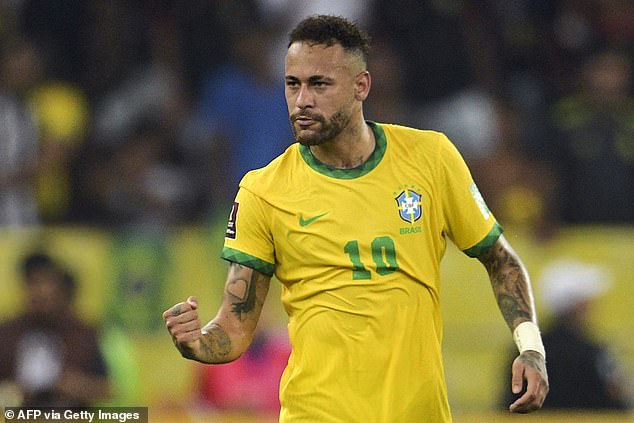 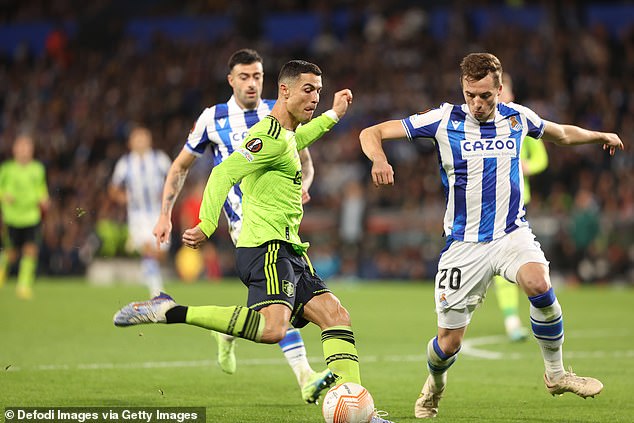 ‘There are clubs with much bigger budgets than Flamengo that will be interested in an exceptional player like Neymar. Having Neymar would be a dream for any club in Brazil, I have no doubts.

‘I think he will play outside of Brazil for some time because he is exceptional. The clubs that can pay salaries of exceptional players like him are abroad [not in Brazil].’

Gabigol has scored 29 times in all competitions this season so far, the same number as his fellow Brazilian forward Pedro.

Ronaldo has made no secret of his desire to leave Old Trafford but has been short of concrete offers.