‘It was nice to have my children sharing it with me’: Barcelona star Luis Suarez celebrates second hat-trick of the week after El Clasico treble followed birth of his third child

Luis Suarez was congratulated on his hat-trick by a pitch-side reporter after Barcelona thrashed Real Madrid and he replied: ‘which one?’

The former Liverpool striker grabbed a treble on the pitch in his team’s 5-1 win but also celebrated the birth of his third child this week.

He lifted his Barcelona jersey to reveal a ‘Welcome Lautaro’ message dedicated to the new-born, after he scored his first goal. He ran to the side of the pitch to high five his two elder children after he netted his second. And they joined him on the pitch for a picture with the match ball at the end of the game. ‘It was nice to have my children sharing it with me,’ he said. 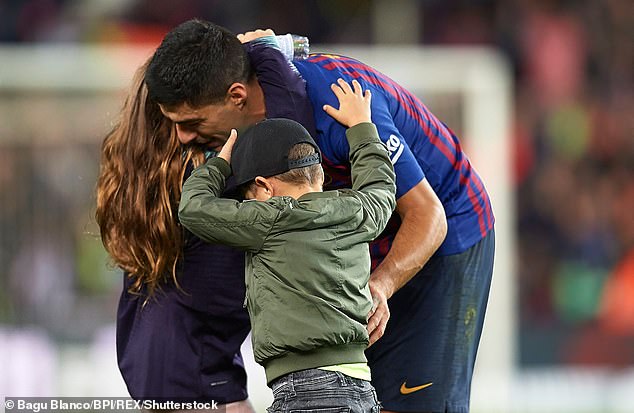 ‘It’s better to have the best player in the world on the pitch but we should be very proud that we achieved this without him there,’ said Suarez of Messi after the game.

Suarez now has seven goals for the season and has scored nine goals in 11 Clasicos. He loves playing Real Madrid and stepped forward in the absence of Messi just as he did in 2015 when he scored twice in a 4-0 win at the Santiago Bernabeu. That win came in November and spelled the end for Rafa Benitez who was sacked in January.

‘Since Messi was injured everyone asked what would we do but the answer had to be that the whole team stepped forward.’ 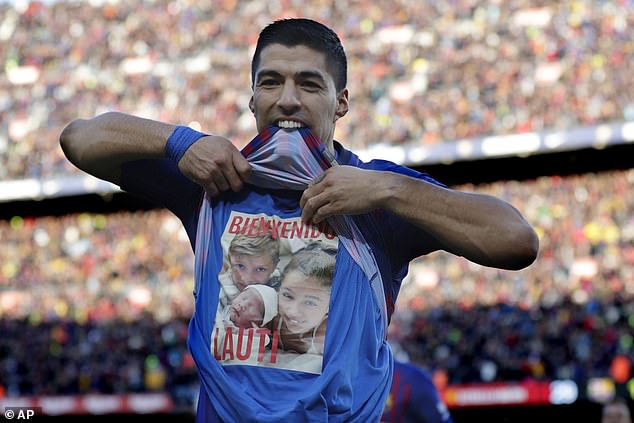 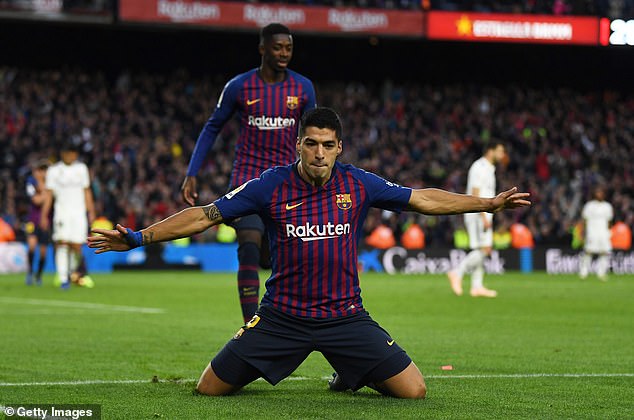 Asked if Madrid were now out of the title race Valvderde dismissed the idea. He said: ‘We are in the 10th week and there is a long way to go we do not want to make the mistake of thinking this is all over.’

Everything is coming right for the Barcelona coach who even saw Chilean midfielder Arturo Vidal score. ‘Arturo will play plenty of games I have no doubt about that,’ he said.

‘Everyone likes him here and his fight and his enthusiasm will benefit us through the season. He came on and played well.’