Liverpool must use Arsenal draw as ‘learning curve’

‘We can be more ruthless’: James Milner calls on Liverpool to use Arsenal draw as a ‘learning curve’

James Milner believes Liverpool must treat their draw at Arsenal as a ‘learning curve’ after the Reds conceded a late equaliser at the Emirates Stadium on Saturday night.

The visitors appeared on course to inflict a first defeat on the Gunners since August when Milner scored the 50th Premier League goal of his career to open the scoring just after the hour-mark.

Arsenal battled back to earn a 1-1 draw as Alexandre Lacazette turned home a superb equaliser just eight minutes from time. 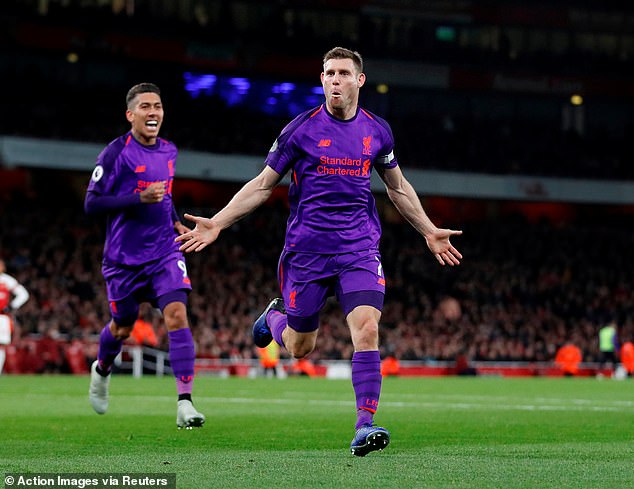 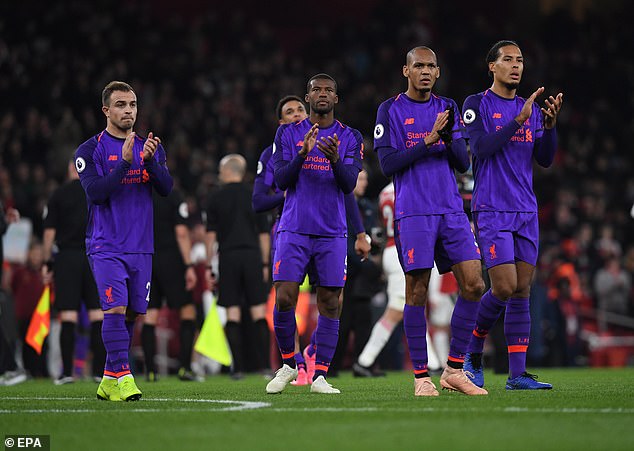 The draw extends Liverpool’s unbeaten start to the league campaign, with Jurgen Klopp’s side having previously drawn at Chelsea and at home to champions Manchester City, while winning 2-1 at Tottenham.

‘This draw is different to Chelsea, for example, so there are ups and downs and things that we can learn,’ Milner told liverpoolfc.com.

‘But you can see we are moving forward as a team and we are defending well together. Again, that’s another learning curve for us – to see those sorts of games out.

‘We are very disappointed really, which is a good thing I suppose, playing away at Arsenal. 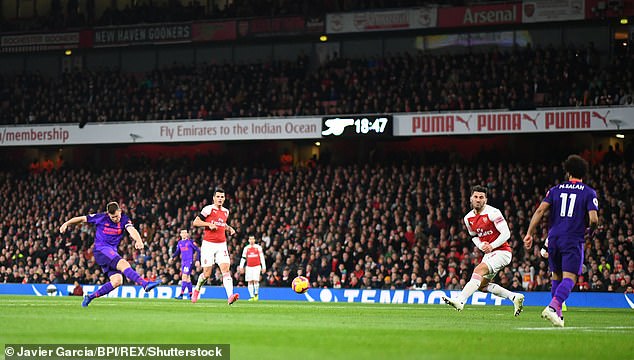 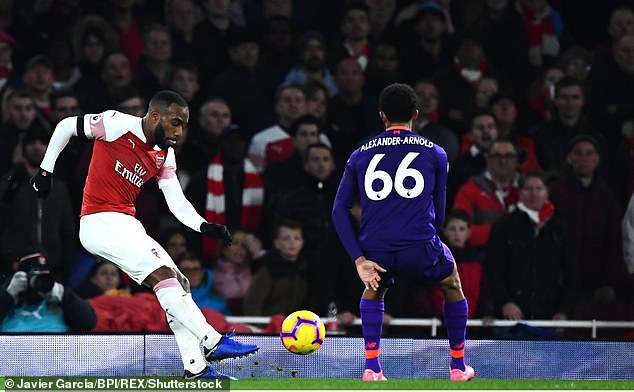 ‘To be 1-0 up in the second half and not see it out, we are disappointed; with the chances we created we should have scored a few more goals.

‘It’s pleasing we are creating those chances, but we could have been a bit more ruthless and maybe not put as much pressure on ourselves not to concede to win the game.’

Both sides had first-half goals ruled out for offside, Liverpool’s somewhat controversially, while Virgil van Dijk hit a post for the visitors on the stroke of half-time.

Arsenal’s record against their top-six rivals has been poor of late but Unai Emery’s side deserved to take a point from this game.

Having started his tenure as head coach with losses to City and Chelsea, the Spaniard has not tasted defeat since.

While the top sides have made impressive starts to the campaign, defender Rob Holding believes the Gunners have done a good job to keep up with them – the draw against Liverpool leaving them four points behind last season’s beaten Champions League finalists. 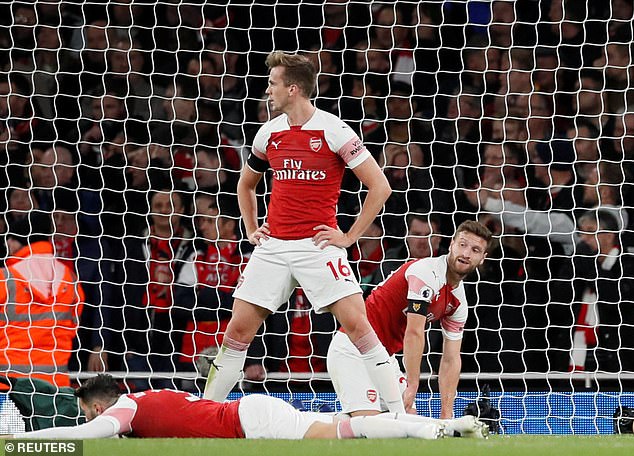 ‘If everyone’s together, the sky is the limit. We’ll just keep pushing on. It’s a competitive league. Chelsea, Man City and Liverpool have all had flying starts and we’re right on their tails.

‘We’ve just got to keep ticking away with the points and you never know what can happen further on in the season.

‘There’s a really good team chemistry here and a winning mentality. We’re not losing and we’ll keep fighting until the end.

‘We never give up, we’ll keep going and get what we deserve.’