‘It is just the beginning of the season’: Leicester manager Claude Puel believes it’s too early to suggest that Arsenal could win Premier League title

The Foxes go to the Emirates Stadium on Monday with the Gunners having won their last nine games under new boss Unai Emery. 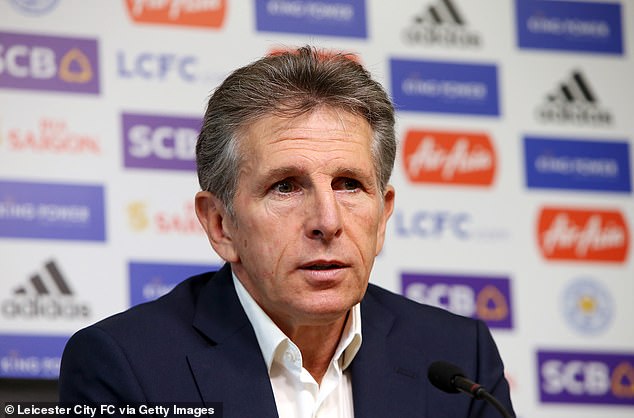 Arsenal will break into the top four with victory on Monday – a win would leave them two points off the top – but Puel is prepared to reserve judgement over whether they can win a first title since 2004.

He said: ‘We will see. He started with some difficulties and lost (the) first two games but after they have worked and played well to win games in the cup, Europa League and Premier League.

‘They have nine wins at this moment which is incredible. They are confident in their play. They are more direct and clinical at the moment, with a clinical player like (Alexandre) Lacazette for example.

‘They can have good confidence for the future, but for the title I don’t know. It is just the beginning of the season and the Premier League has a lot of possibilities. 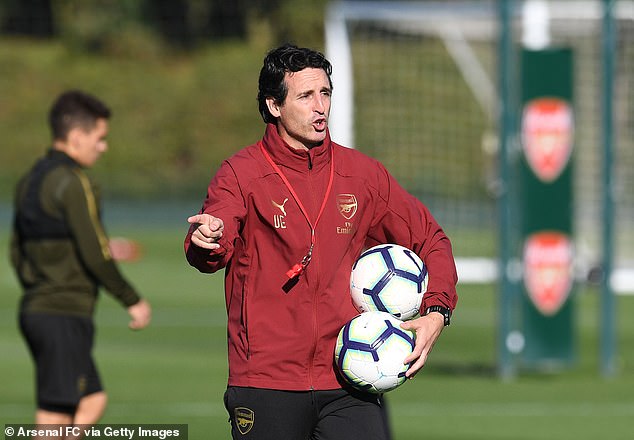 ‘He can make a fantastic job. It is not easy to take the team after Arsene Wenger. We know how this manager can give for this club.

‘Starting this season with a new manager and perhaps a lot of pressure, their beginning of the season has been fantastic and I have a lot of respect for this manager and the quality of his work.

‘Perhaps Arsene wanted a little more possession in his game and perhaps it is more direct with Emery. Two different but good philosophies and styles of game.’

Wes Morgan is banned, meaning Caglar Soyuncu may make his debut with Puel impressed by the £19million summer buy from Freiburg, who has been given time to settle in at the Foxes.

He added: ‘I think he is ready but now he has to compete with other players in this situation, against experienced payers like Morgan, (Jonny) Evans and (Harry) Maguire.

‘He is a young player with a lot of attributes and he is working very well in training and he is now ready to play for me.’