It has been a long time coming but it appears LeBron James and Liverpool have finally collaborated on a range of clothing that will be hitting stores soon.

According to a leaked picture from a Liverpool fan account on Twitter, a shirt in the LeBron and Liverpool range will feature the James logo in the center of the jersey and is black with red pin stripes.

In June 2022, Forbes named James as the first active NBA player to become a billionaire with his stake in Fenway Sports Group, Liverpool’s owners, worth $90m (£74m).

Liverpool chairman Tom Werner said back in November 2021 that the Premier League team will release ‘seven or eight items’ in a range of sportswear with the Lakers star, who owns a one per cent stake in FSG. 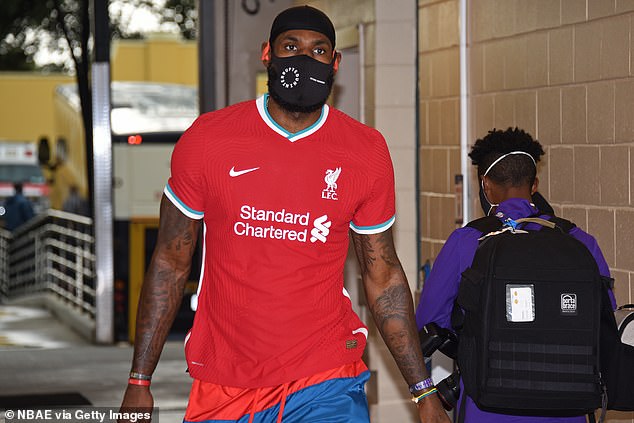 James, pictured in a Liverpool jersey in 2020, first bought a stake in the team back in 2011 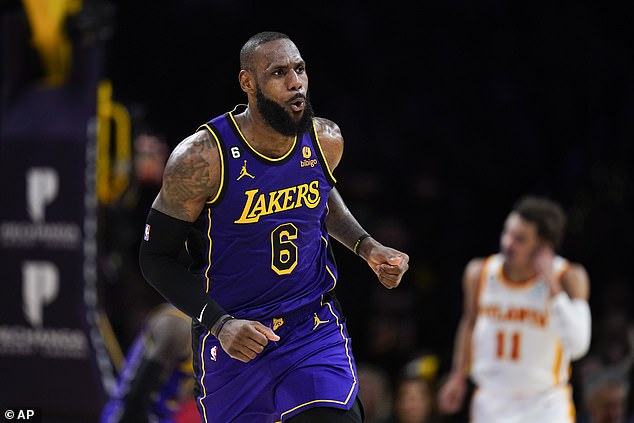 Werner told the Boston Globe: ‘We’re doing a product line with LeBron and Liverpool. Nike is creating seven or eight products that connect LeBron with soccer.

‘I don’t know specifics yet, but they’re going to create seven or eight products that rival the connection that Michael Jordan has with Nike.’

Jordan’s legendary Nike deal first saw the launch of the Air Jordan sneaker in 1985 that made $126m in its first year. It ushered in an era of dominance for the two that remains as strong 38 years later, and is believed to have made Jordan over $1bn.

The Premier League team’s value has soared to what Forbes estimates to be worth $4.45billion (£3.6bn) for a number of reasons – on field success such as winning the Champions League in 2019 and the Premier League in 2020, renovation and expansion of the club’s historic Anfield stadium and a money-spinning television deal worth around $5.9bn.

James then converted his stake in Liverpool to a one per cent share in FSG’s global empire in March 2021. 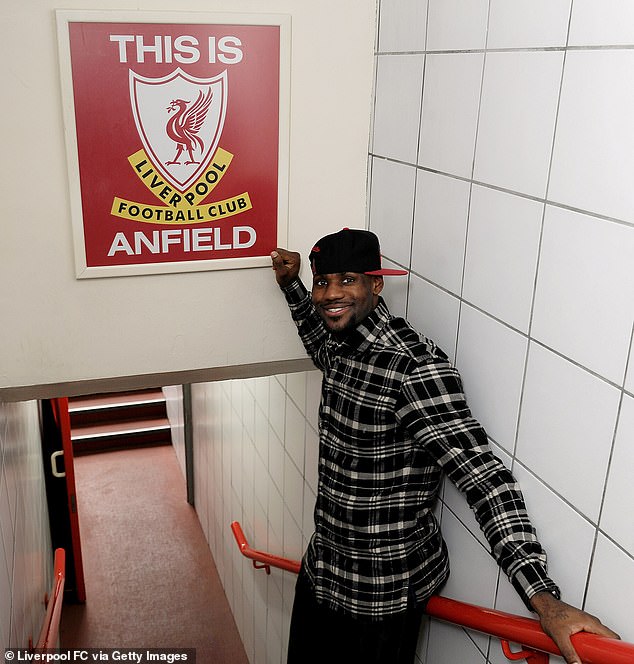 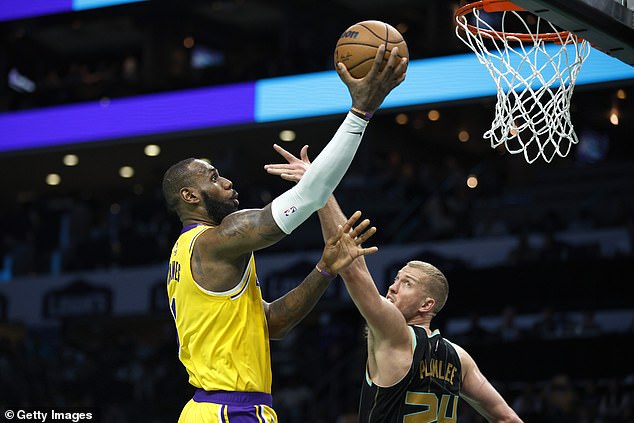 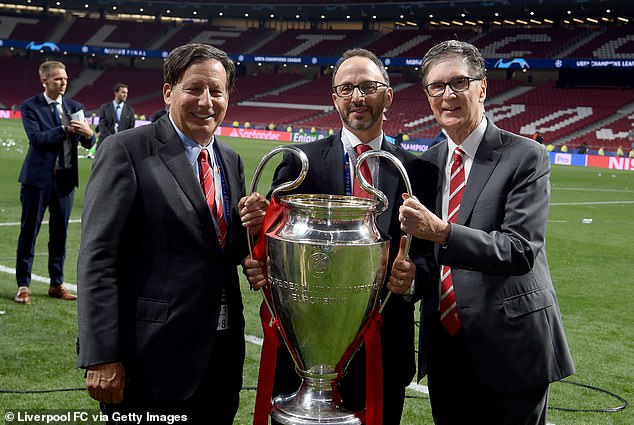 As well as Liverpool and the Red Sox, FSG also owns the Pittsburgh Penguins hockey team, 80 per cent of New England Sports Network and half of Roush Fenway Racing. Forbes last year estimated James’s FSG take to be worth $90m (£74m).

In November last year, FSG announced ‘that under the right terms and conditions we would consider new shareholders if it was in the best interests of Liverpool as a club.

‘FSG remains fully committed to the success of Liverpool, both on and off the pitch.’

Liverpool also agreed a deal with Nike worth $39.5m-a-year to be its new kit manufacture from the 2020-21 season.

James has a long-standing agreement with Nike – first signing with them in 2003 at the age of 18 and then, in 2015, agreeing a lifetime deal worth ‘tens of millions’ a year.

For Liverpool on the field, it has not been a great season so far. The team is sixth in the Premier League, seven points away from fourth-place Manchester United. It lost its last Premier League game 3-1 to Brentford.