Jurgen Klopp hailed the impact of Xherdan Shaqiri in Liverpool’s midfield after the diminutive winger produced a special display in an unfamiliar position against Red Star Belgrade.

The Swiss was deployed as part of a midfield three in the Champions League group match on Wednesday night. Due to his diminutive stature and reputation for a lack of work-rate, it raised eyebrows.

However, Shaqiri silenced his doubters with a man-of-the-match performance and Klopp was quick to sing his praises following the conclusion of the match, which Liverpool won 4-0. 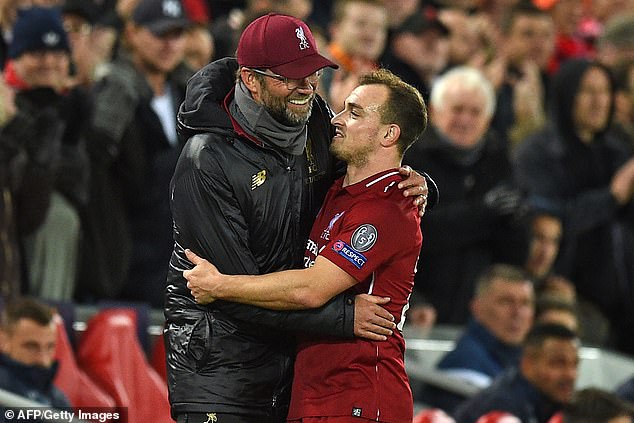 Speaking of the Swiss, Klopp said: ‘Shaq, it is like he is involved with pretty much everything, especially decisive moments. Around the first goal, he won the first ball in the counter-press situation and then played a fantastic ball to Robbo.

‘Just a really nice footballer so that helps of course.’

Shaqiri has been accused of a tendency to drop his intensity during games, but Klopp underlined just how much work a midfielder has to do in this Liverpool team and says his pint-sized summer signing executed it to perfection.

He continued: ‘In these games, Shaq has a lot of work to do. Because they have this build-up that is pretty long and then the two wingers have to be really close for second balls. And in other moments he has to be between the lines, so it’s quite a job and I thought he did it really well.’ 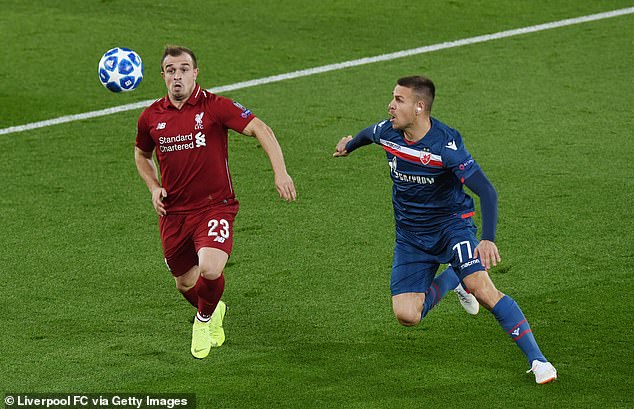 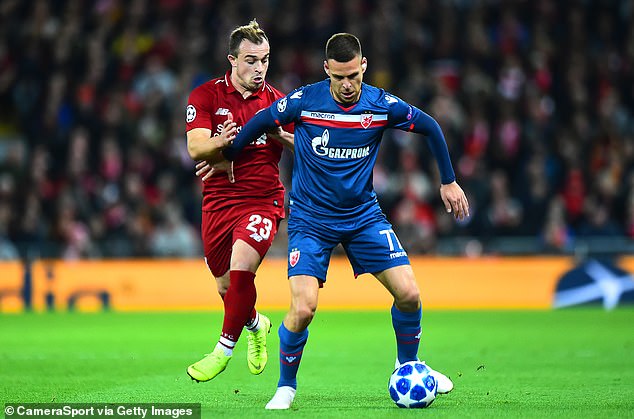 The Swiss was also active in the counter-press, a key part of being a midfielder in a Klopp side

Klopp’s kind words come just a month after he stormed onto the pitch and appeared to berate Shaqiri for not implementing the correct tactics in the Carabao Cup defeat by Chelsea.

Speaking after the match, McManaman said: ‘He had a point to prove, coming from Stoke and people questioning his work rate. He looks like a bargain. He is buying into what Jurgen Klopp wants.

‘There has been question marks for Stoke and in a Swiss shirt about his work rate. There was no question tonight, he answered everything.’

Ferdinand added: ‘Shaqiri is not only a new addition to the squad but he’s also playing in a position you would never expect him to play, in one of the three midfielders. His passing range is fantastic.’ 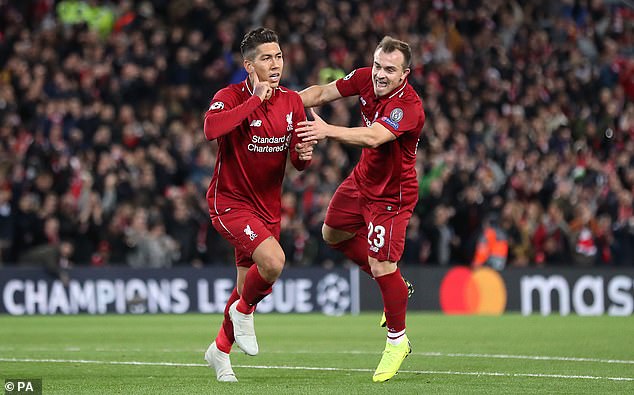 Shaqiri laid on a great pass for Andrew Robertson, who found Roberto Firmino for the first goal 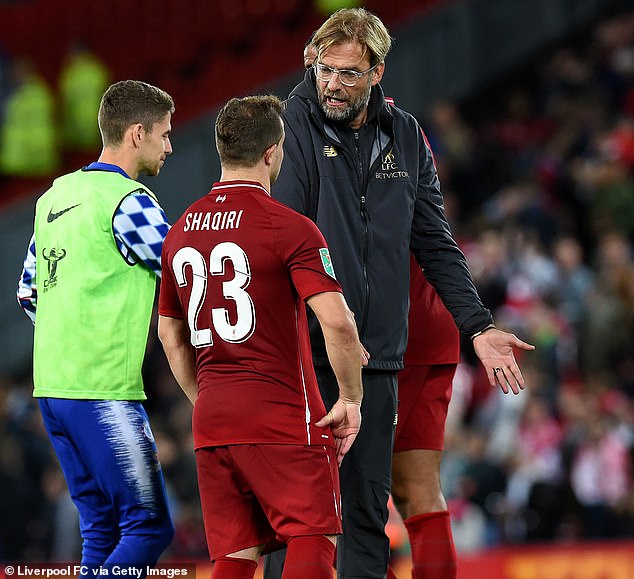