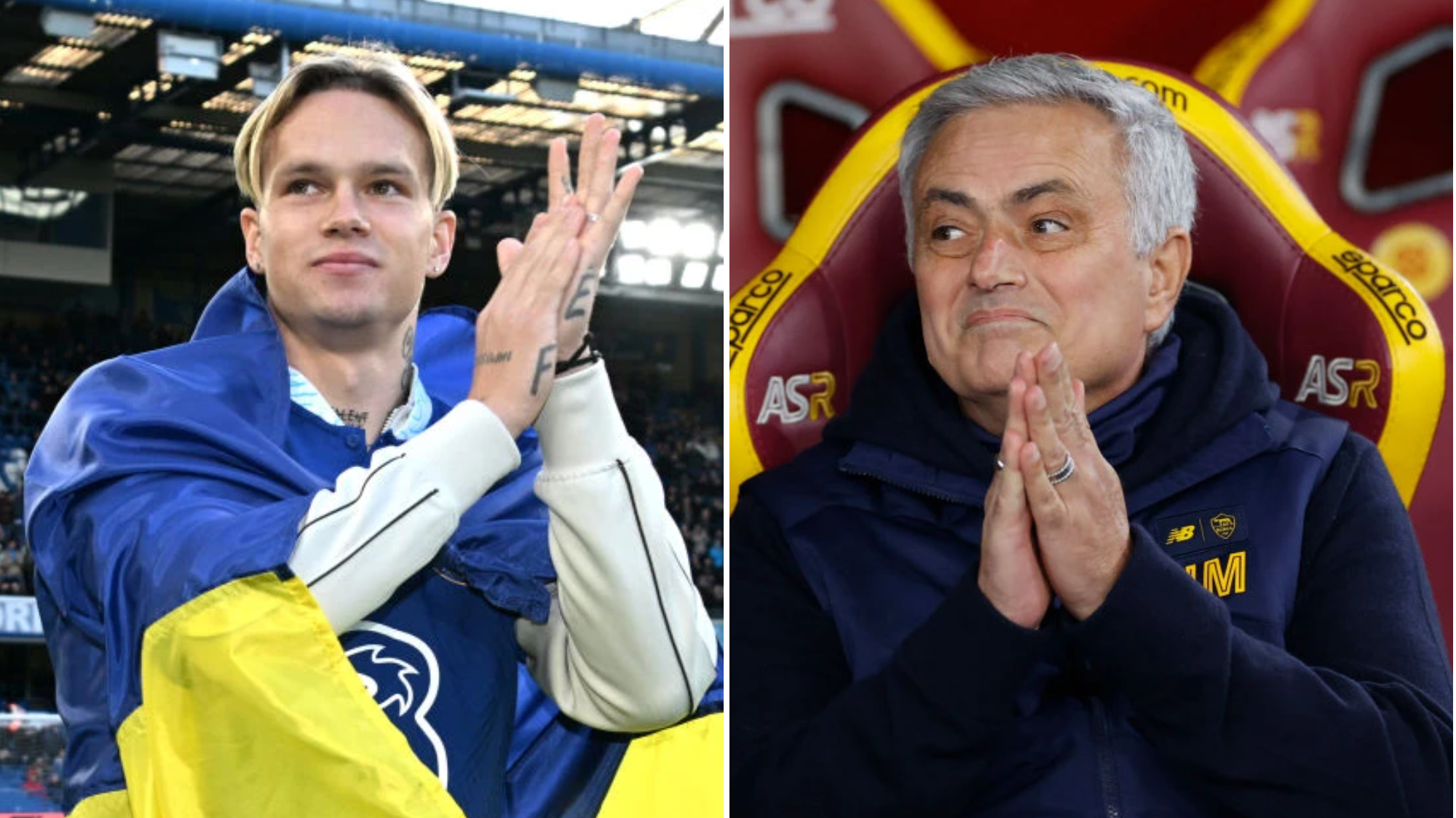 On Sunday, the west London side announced a mammoth deal for the Shakhtar Donetsk star after agreeing to pay £62m up front and a further £26.5m in add-ons, blowing Arsenal out of the water in the process.

The deal continues Chelsea’s astonishing spending spree under their new owners, which is now hovering around the £400m mark.

Former manager Mourinho has to make do with decidedly less resources at current club Roma and cheekily referenced Chelsea’s deal for Mudryk when discussing the limited options at his disposal.

After using Marash Kumbulla as cover for the banned Roger Ibanez during Roma’s 2-0 win over Fiorentina, Mourinho said: ‘In order to get that quality, we must get the young players to grow. Tahirovic has this quality.

‘We need a defender who can pass the ball better out of defence and Kumbulla is probably the one who does it best, but we need Ibanez because of his pace and determination.

He continued: ‘I am not expecting anyone to arrive. The director [Tiago Pinto] was very honest and direct, he said things in an interview that a coach usually doesn’t like to hear.

‘Coaches always want to hear we have lots of money, can buy option a, b, c, d, build an incredible team. That is the dream.

‘I worked at clubs with those sorts of practically limitless funds. There are more and more clubs nowadays who fit that profile, but it’s not our profile. We work, we give our all, we work with the characteristics we’ve got.’

Mudryk signed an eight-and-a-half-year contract when he joined Chelsea and was presented to fans at Stamford Bridge on Sunday prior to their win over Crystal Palace.

They have already spent £35m on defender Benoit Badiashile this month, as well as paying around £15m to take Joao Felix on loan until the end of the season, and there are suggestions they still want more players.

‘I’m so happy to sign for Chelsea,’ Mudryk told the club’s website after joining. ‘This is a huge club, in a fantastic league and it is a very attractive project for me at this stage of my career.

‘I’m excited to meet my new team-mates and I’m looking forward to working and learning under Graham Potter and his staff.’