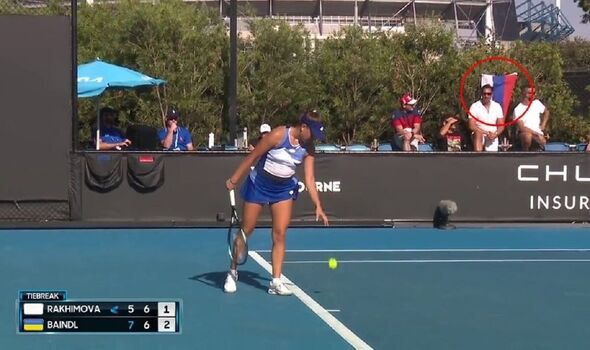 The Ukranian ambassador to Australia and New Zealand has called for action after a Russian flag was displayed at Melbourne Park today. Russian and Belarussian players were banned from Wimbledon after the invasion of Ukraine but can play in Australia under a neutral flag.

But Vasyl Myroshnychenko posted a picture of the Russian flag on social media and said: “I strongly condemn the public display of the Russian flag during the game of the Ukrainian tennis player Kateryna Baindl at the Australian Open today. I call on Tennis Australia to immediately enforce its “neutral flag” policy.”

JUST IN: McEnroe risks irking Nadal by weighing in on retirement after Zverev