‘It’s a real low point’: Jordan Henderson admits Liverpool are ‘pretty low on confidence’ and ‘it hasn’t been right for a while’ after sinking to a dismal 3-0 defeat at Brighton that leaves top four hopes in tatters

Jordan Henderson described Liverpool’s defeat at the hands of Brighton on Saturday as a ‘real low point’.

Echoing his manager’s sentiments, Henderson described the performance – and the wider feeling surrounding Liverpool at present – as having reached the nadir and urged his team-mates to stick together to try and emerge from the crisis.

The 3-0 defeat leaves Jurgen Klopp’s side ninth, seven points off the top four and a further 16 off the summit. 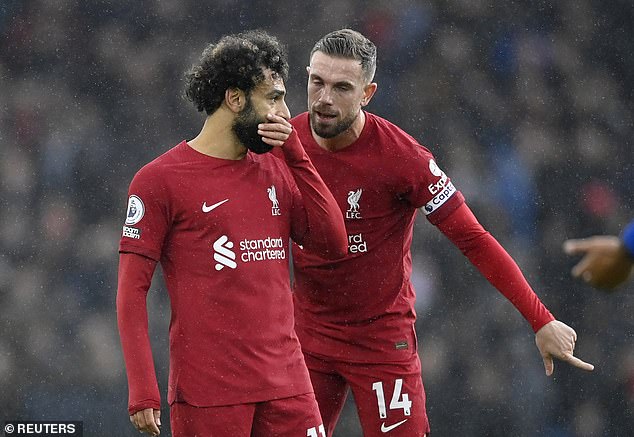 Fronting up for the side after the defeat, Henderson said: ‘Everything went wrong from the start to the end. Brighton were better than us in all departments.’

‘It’s a real low point as a team. We have to stay together. It’s a tough moment but we need to get together, stay together and try and change things quickly,’ he added.

‘We have to try and learn and show a reaction. There wasn’t one thing. It was numerous things and it hasn’t been right for a little while now. 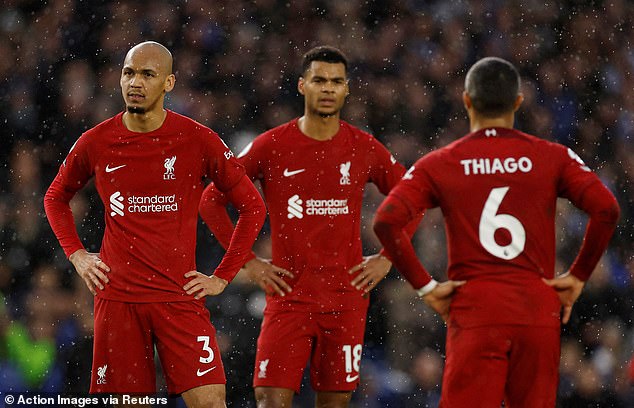 ‘Everybody knows that. We know we can be better. I’ll take responsibility and the lads will. We have to try to put it right.’

Speaking about where the team were mentally, following a string of poor performances and results following the World Cup, Henderson described them as being ‘low on confidence’ and suffering from a generally low energy level.

‘We’re pretty low on confidence. The energy level is low. We have to keep fighting and hopefully we can change it sooner rather than later.’

‘Bad, really bad. I can’t remember a worse game, not only Liverpool,’ his assessment began. ‘I really can’t. This is a really low point. 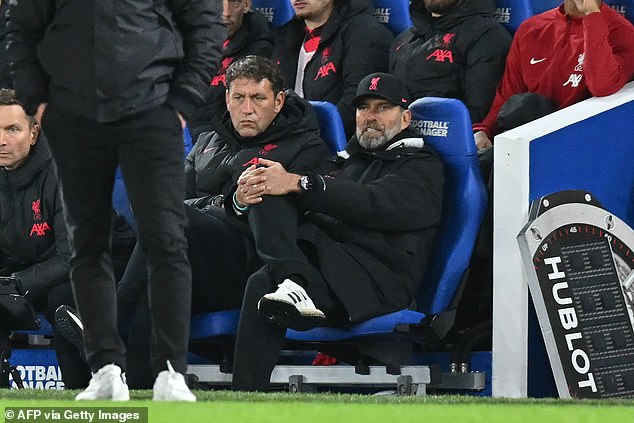 He added: ‘When you face a team full of confidence and joy, you need to have key moments where you put the ball over the line. We had chances to make it 2-1. But there was no moment in the game where we could get a little lift and then go from there. The outcome was horrible to watch.

‘Everyone with a Brighton heart will have enjoyed the game a lot. No-one with a Liverpool heart enjoyed it for a second.’ 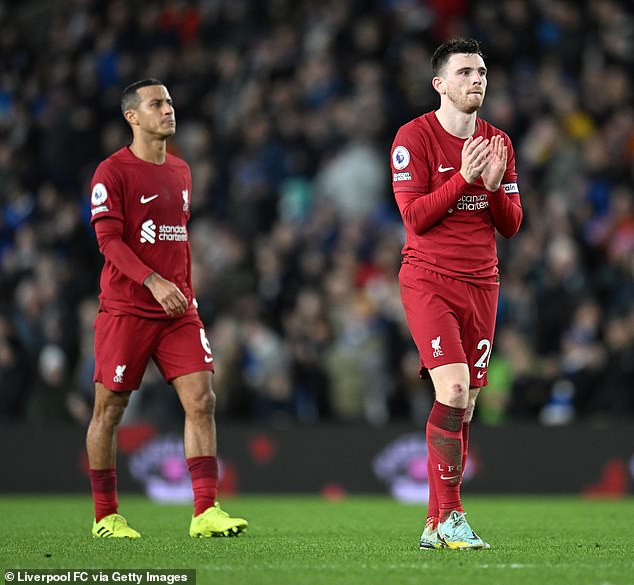