Premier League: How did the season unfold?

Harry Kane and Jack Grealish would both favour a move to Manchester City over Manchester United ahead of the summer transfer window. Pep Guardiola is looking to rebuild his side ahead of the 2021/22 season as City target further success as a club.

The Sky Blues missed out on the chance to claim European silverware for the first time in their history after losing to Chelsea in the Champions League final on Saturday evening.

Regardless of missing out on this prize, the club’s intention was always to strengthen this summer.

City are not expected to recruit a large number of players, though, and will focus on quality over quantity.

Grealish and Kane have been listed as targets for the Premier League champions, according to a recent report by the Athletic. 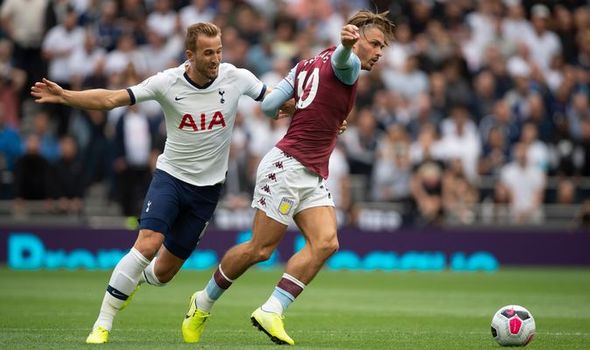 The Aston Villa captain is expected to command a fee in the region of £100million, with the Spurs striker valued slightly higher at £150million.

City’s interest in Kane will come as no surprise given the desire of the England international to chase the biggest trophies in the game coupled with the recent departure of club legend Sergio Aguero.

Securing the services of Grealish may prove more difficult as a result of the 25-year-old signing a new, long-term contract at Villa Park in September.

The Athletic claims that Grealish considered a move to United last summer but would now choose City, meanwhile Kane also has the Etihad as his destination of choice.

City may need to sell some of their current stars in order to fund such expensive transfer deals and must identity the players looking to move on.

Aymeric Laporte, Raheem Sterling and Gabriel Jesus are three individuals unhappy with their roles at the club, though finding potential buyers may prove troublesome in the current financial climate.

There is an expectation that City will be challenging on all fronts next campaign as they look to put move on from the disappointment of suffering defeat in a European final.

Guardiola hinted after the match that the club’s plan is now very much focused on the long-term, with decisions to be made in the coming weeks to determine how this can be achieved.

“We arrived in the final of the Champions League, for us it was really good, we won the Premier League again and we competed incredibly well throughout the whole season,” said the City boss.

“Now, I want to go home with my family, for a long time I didn’t see them, take a break for one or two weeks and after, we start thinking about the club and what is best for the club in the next years and that is what we are trying to do.”