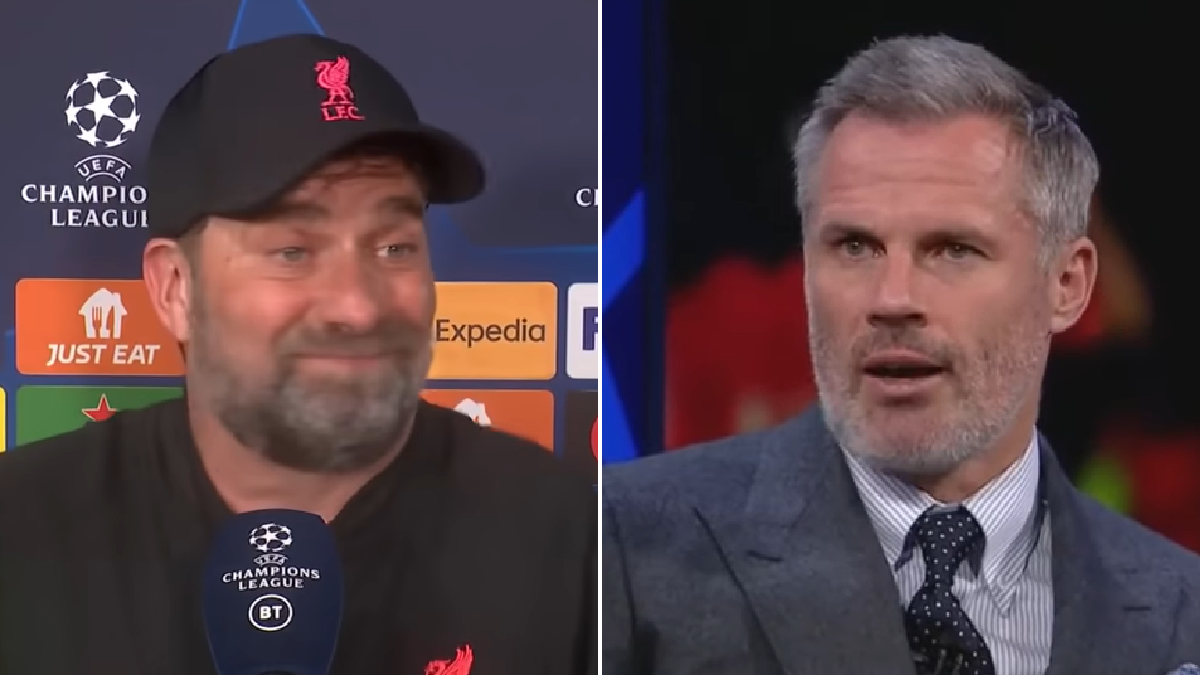 Jamie Carragher believes Jurgen Klopp is ‘lying’ and knows exactly who he would prefer Liverpool to play in the Champions League final.

The Reds booked their place in next month’s European showpiece following a rollercoaster night in Villarreal.

The Spanish underdogs stunned their illustrious opponents during a whirlwind first-half, during which they wiped out the 2-0 advantage Liverpool had built during a one-sided first leg at Anfield.

Unai Emery’s side were unable to maintain their relentless pressing in the second-half, while the introduction of Luis Diaz turned the match on its head as Liverpool scored three unanswered goals to secure a spot in a fourth European final in six years.

Manchester City or Real Madrid await Liverpool in the final, but Klopp denied he has a preferred opponent.

The Carabao Cup holders are unbeaten in three games against City in all competitions this season, while a crack at Real would give Liverpool the opportunity to avenge the controversial defeat they suffered in the 2018 final and Carragher believes Klopp would jump at the chance to play the Spanish giants.

‘I think he’s lying,’ Carragher said when asked if Klopp knew who he wanted to face. ‘I am pretty certain he’d prefer Real Madrid.’

Regardless of the outcome on May 28, Carragher believes the German has already achieved legendary status at Liverpool and was always confident the 54-year-old would commit his future to the club having signed a new contract last week.

He added: ‘For the last few months there’s almost been a panic around Liverpool the fact that Jurgen Klopp hadn’t signed a new contract and he still had two years to go.

‘I was still thinking what was going to happen when he goes and he still had two years to go. So the fact he signed a new contract. I was always confident that he would because I don’t believe there’s another club that’s like Liverpool.

‘There’s lot’s of great clubs but not another one that suits Jurgen Klopp. Liverpool are not an underdog by any means, they are one of the biggest clubs out there but that thing of when he was at Dortmund and they were fighting against Bayern with no funds and the same sort of against maybe Manchester United and Manchester City in the Premier League.

‘I couldn’t see him managing a Real Madrid or a Barcelona I don’t think it would suit his style of management.

‘Liverpool went 30 years without a title, if Liverpool continue the success after Jurgen Klopp left and compete at this level he will be seen as that Shankley figure who started it and then it was carried on by other managers. That’s how pivotal his signing has been.’