Manchester United boss Ole Gunnar Solskjaer has admitted it “doesn’t look great” for Harry Maguire as he continues his recovery from an ankle injury. Maguire suffered the injury in United’s 3-1 win over Aston Villa earlier this month and he is a facing a race against time to prove his fitness ahead of the Europa League final.

Speaking in his post-match press conference after United’s 1-1 draw with Fulham on Tuesday, Solskjaer offered an update on Maguire, Anthony Martial, Scott McTominay and Fred.

“This was end of season team selection,” Solskjaer said.

“We’ve had a couple of players that have got injuries with Scott and Fred, so I’ll see how they are. 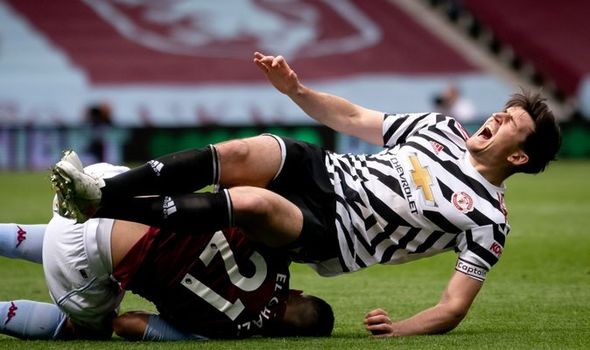 “Unfortunately, Scott had to come off and Fred doesn’t look great while he’s walking now but we’ve got eight days, so hopefully everyone will be available that was available today.

“Harry: we’re working on but doesn’t look great. Anthony: we’ve still got a little bit of hope for. We’re hoping.

“He’s working really hard and we’re hoping he’ll be available for the final.

“He’s been very enthusiastic, so I can’t say he won’t be fit for the final but of course, he’s been out for a long time. I’m still hopeful.” 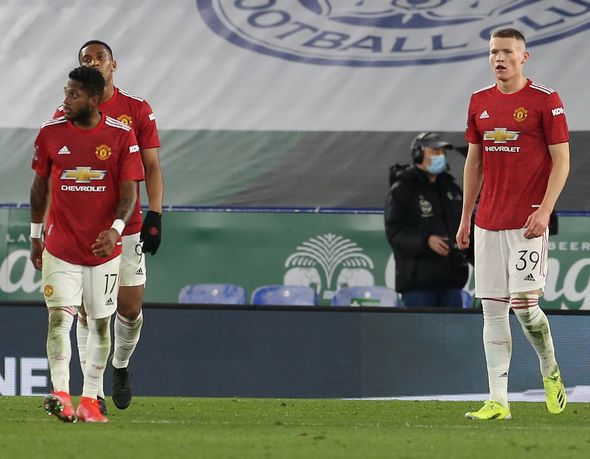 Maguire is remaining positive about his chances of recovering in time for the final and the Red Devils skipper has offered his own update.

“Basically, he [Anwar el Ghazi] just fell on me and put all his weight on me and I ended up twisting my ankle,” he told the United programme.

“It wasn’t a muscle injury, so it was a bit unfortunate and very frustrating. I was very disappointed on the night and the day after, but I’ve come to terms with it.

“I’ve got to be positive. I’ve got to look forward and make sure when I’m ready to come back that I’m fully fit, raring to go and can pick up where I left off. 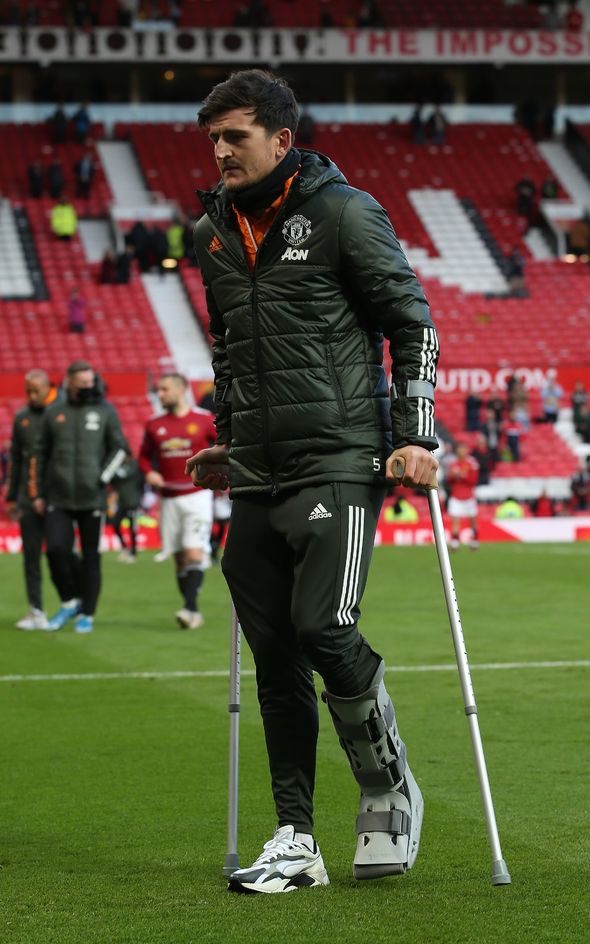 “It’s such an exciting game to be involved in, I’m sure everyone is dreaming of winning that final or scoring the winner.”

Reflecting on United’s draw with Fulham, Solskjaer said: “Definitely we did create chances. We had a very good spell just before they scored in the second-half, that was the period we should have stamped our authority more on the game and scored a goal.

“But, then again, in the Premier League, it’s never given. You have to earn every single goal in this league.

“We’ve gone for it, couldn’t get the three points that we desperately wanted because we want to go into the next week full of confidence.”