The process to pay out retrospective prizemoney to the connections of hundreds of horses beaten by Aquanita’s 72 disqualified runners can officially begin after their appeals window expired on Saturday.

Racing Victoria’s chief steward Robert Cram told The Age and the Sydney Morning Herald that no appeals had been lodged within the 60-day window following the March 16 announcement that 72 starters implicated in the Aquanita doping scandal had been disqualified. 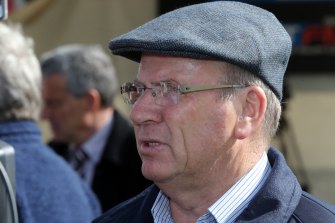 Following a show-cause period in which the owners of 81 Aquanita starters were afforded the opportunity to make submissions as to why their horse ought not to be disqualified, stewards determined they could not be satisfied that nine of the 81 had been administered a performance-enhancing substance.

But Racing Victoria said on March 16 it would demand Aquanita’s disqualified trainers Robert Smerdon, Stuart Webb and Tony Vasil repay prizemoney they earned from the 72 starts.

Among the runners disqualified, Mosheen’s runner-up finish in the 2011 Thousand Guineas has been stripped, as well as Black And Bent’s 2011 Grand National Hurdle win at Warrnambool.

Prizemoney is paid down to 10th in some instances, meaning the connections of hundreds of runners will be reimbursed with additional winnings.

Trainers currently disqualified on separate matters, such as Darren Weir and Jarrod McLean, are ineligible to receive their share of prizemoney reimbursements.