Dayot Upamecano has reportedly decided he will definitely leave RB Leipzig next summer with both Manchester United and Liverpool among those considering an approach. Upamecano has long been touted for a bright future having broken through as a 17 year old at Red Bull Salzburg.

RB Leipzig were quick to snap up the Frenchman from their feeder team in 2016 and he’s helped the Bundesliga side establish themselves as a perennial Champions League outfit.

There was strong speculation leading into this past summer transfer window that Upamecano would leave Leipzig.

United were among the favourites to bring in the 22-year-old, but Leipzig were quick to quieten down any rumours by agreeing terms on a new contract in July.

He previously had a £54million release clause at Leipzig, but his new deal has a vastly reduced buyout clause set at £36m. 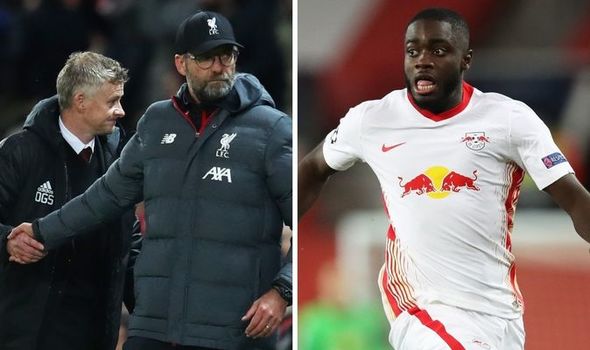 The release clause will be active from next summer and it appears as though some of Europe’s biggest teams are ready to make an approach in 2021.

According to former Norway international Jan-Aage Fjortoft, United and Liverpool are “following him closely”.

Manchester City are also named as potential suitors for Upamecano.

Bayern Munich have been linked with making a move as well, but it’s claimed they must wait on a decision regarding David Alaba’s future before looking at a potential deal for Upamecano.

And it seems as though the defender is ready to leave with Fjortoft insisting Upamecano “will leave next summer”.

Ole Gunnar Solskjaer was reportedly left frustrated in the summer transfer as the club failed to bring in a central defender.

Victor Lindelof and Harry Maguire have been the go-to pair for Solskjaer at United, but Upamecano is seen as the ideal partner to the latter.

Liverpool meanwhile are paying the price for not replacing Dejan Lovren in the summer. 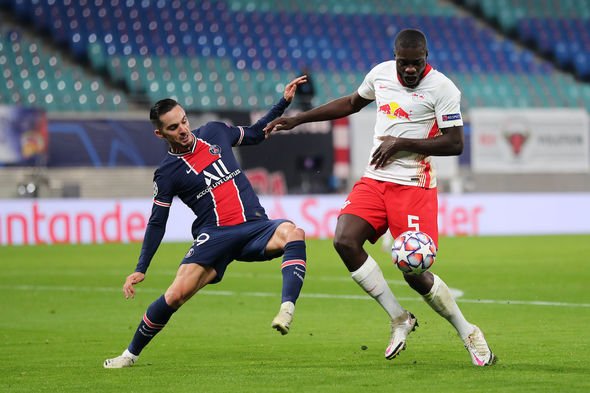 Long-term injuries to both Virgil van Dijk and Joe Gomez have left Jurgen Klopp short of options in defence.

Joel Matip and Fabinho have already had their injury troubles this season.

Although reports have suggested that there are currently no plans to bring in cover during the January transfer window.