‘The referee has bottled it! That has to be a penalty’: Chris Sutton slams official after Leicester are denied clear penalty for handball against Arsenal

Chris Sutton has slammed referee Chris Kavanagh after the official failed to award a penalty to Leicester following a blatant handball by Rob Holding during their clash with Arsenal on Monday night.

The Foxes looked the more dangerous side from the kick-off and should have been given a golden chance to take the lead when the ball met Holding’s raised hand as he jumped for a header with Kelechi Iheanacho.

However, Kavanagh, who was in the perfect position, waved play on with manager Clause Puel and his players looking absolutely furious. 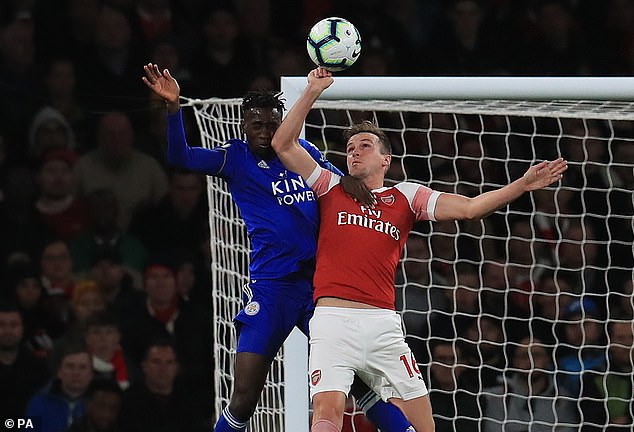 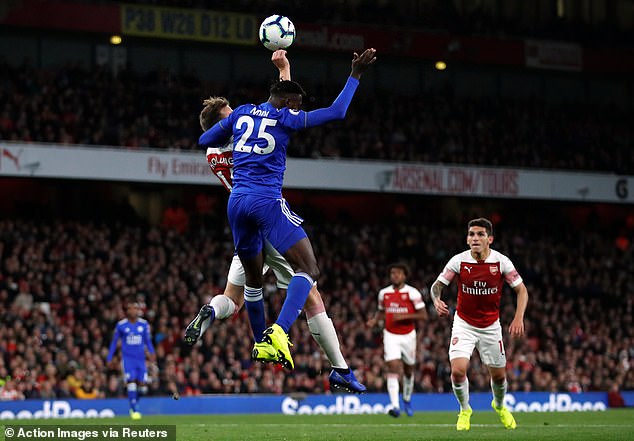 And former Celtic striker Sutton could not believe the decision.

‘The referee has bottled it! That has to be a penalty,’ he said on BBC Radio 5 Live.

‘We are a long way away but it was pretty obvious. Claude Puel is furious. That is an absolute shocker. Rob Holding punched the ball with his hand. 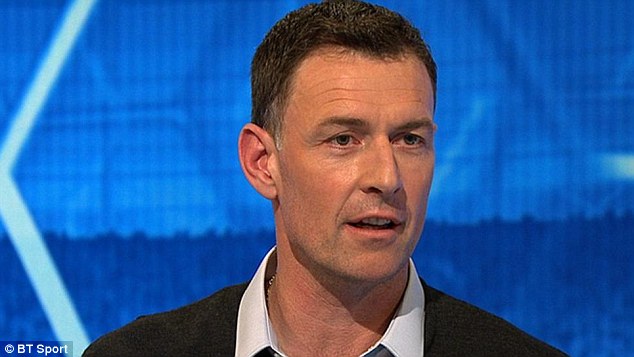 ‘The referee has a lot to answer for. He’s a pretty young referee but you have to handle the big occasions.

It was a huge let off for the Gunners with Holding having picked up a yellow card just minutes before. 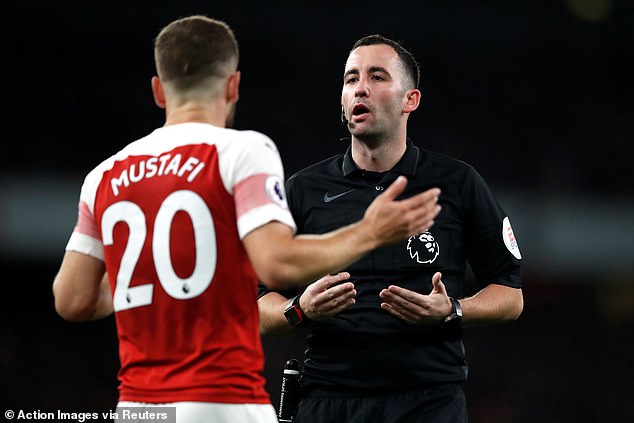