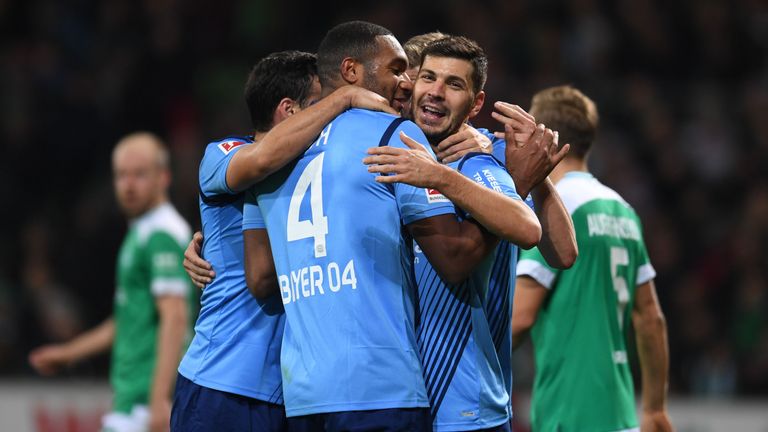 Werder Bremen suffered a 6-2 defeat by visitors Bayer Leverkusen on Sunday that ended a 16-game unbeaten home run and saw them squander the chance to move into second place in the Bundesliga.

Kai Havertz struck twice midway through the second half as Leverkusen turned a 3-2 lead into a 6-2 victory in a 10-minute spell after Werder had fought back from three goals down.

Leverkusen’s Karim Bellarabi, making his first league start, got the third goal on the stroke of halftime after helping Kevin Volland and Julian Brandt give the visitors a two-goal lead.

But they were quickly dashed after Leverkusen’s Germany international Havertz struck either side of an Aleksandar Dragovic goal in the 72nd minute.

The defeat left Werder in fourth place on 17 points, four behind leaders Borussia Dortmund, who drew 2-2 against Hertha Berlin on Saturday.

Earlier on Sunday, Schalke 04, last season’s runners-up, had to settle for a 0-0 draw at RB Leipzig.