Arsenal are reportedly hoping to make Martin Odegaard’s loan move from Real Madrid permanent this summer, but a former Unai Emery target could also be an option for the Gunners. Mikel Arteta has struggled to find the right balance in his side this year with even Pierre-Emerick Aubameyang finding it tough to rediscover his best form in front of goal.

Bukayo Saka has arguably been Arsenal’s best player this season with his ability to play in a wide variety of positions.

But Odegaard has brought a new lease of life at Arsenal since his arrival on loan from Real in January.

The Norway international has made the No 10 position his own as he’s started all but one of their last six Premier League matches.

His performances have impressed Arteta to the point where reports suggest the Arsenal boss wants to sign Odegaard on a permanent basis. 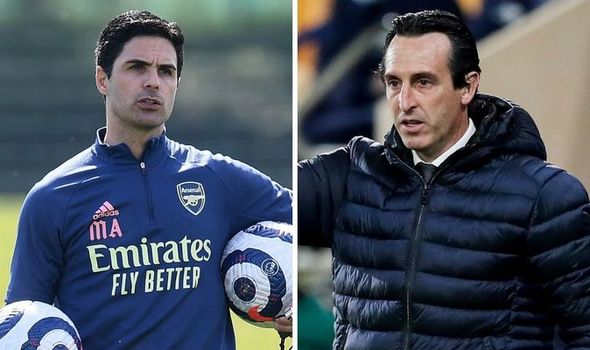 More changes are expected in the summer though with Arteta reportedly keen to target players capable of playing in a multitude of roles.

And they could well take advantage of RB Leipzig’s precarious position to find what they’re looking for.

According to Sky Germany, the Bundesliga side are expected to undergo a ‘major restructuring at the end of the season.

Dayot Upamecano is already on his way to Bayern Munich while Ibrahima Konate and Marcel Sabitzer also face uncertain futures.

But versatile midfielder Christopher Nkunku could also be on the move and Arsenal have previous interest in the 23-year-old.

Nkunku was a target for former Arsenal boss Emery back in 2019 with the Spanish coach a huge fan of the Frenchman having worked together at Paris Saint-Germain.

Emery was responsible for giving Nkunku his opportunity with PSG’s first team before he decided to step down ahead of taking over at Arsenal in 2018.

Nkunku was regarded as a top transfer priority for the Gunners the following summer, only for Arsenal officials to switch their attentions to Wilfried Zaha and eventually settling on Nicolas Pepe. 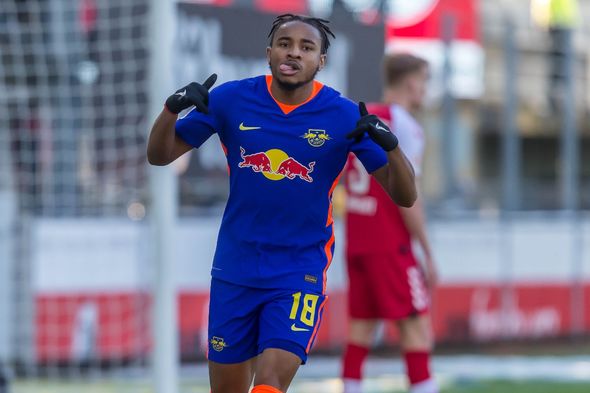 The 25-year-old has struggled to impress on a regular basis though and has been limited to just 10 Premier League starts this season under Arteta.

Nkunku has the ability to play across all three positions up front and has played a key role in Leipzig’s successful campaign so far.

He’s scored four goals and provided three assists in his last eight Bundesliga matches with Leipzig keeping tabs with Bayern Munich at the top of the table.

Nkunku’s release clause is reportedly set at £34million as well, which would potentially make him a cheaper option than Odegaard should Real play hardball in negotiations.