Arsenal should sign Bayern Munich defender Jerome Boateng to help out the younger members of Mikel Arteta’s backline, according to former Gunners striker Kevin Campbell. Boateng has been linked with a move to Arsenal in recent transfer windows. The 32-year-old is out of contract at Bayern at the end of the season, so would be able to speak to clubs in January regarding a free transfer next summer.

Arsenal have three defenders out of contract themselves next summer in David Luiz, Shkodran Mustafi and Sokratis Papastathopoulos.

And Campbell believes bringing in someone like Boateng would only be a good thing for the likes of Gabriel Magalhaes and William Saliba.

“Looking to maybe recruit someone like Jerome Boateng shows where the club is at.

JUST IN: Liverpool star Salah slammed for ‘negligence’ ahead of missing Leicester clash 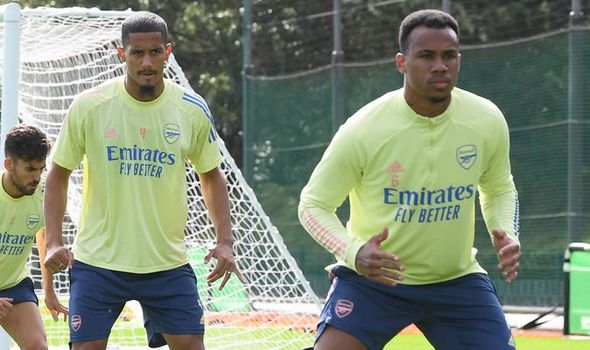 “Gabriel and Saliba would benefit from having somebody like Boateng at the club.

“I am not sure how long David Luiz will be at the club so Jerome Boateng could be that experienced player who helps others fulfil their potential.

“Arsenal need characters. They need strong characters who have been there and done it at the top level. Jerome Boateng is certainly one.

“If you put it out to the Arsenal fan base they will say, ‘Oh he is too old.’ 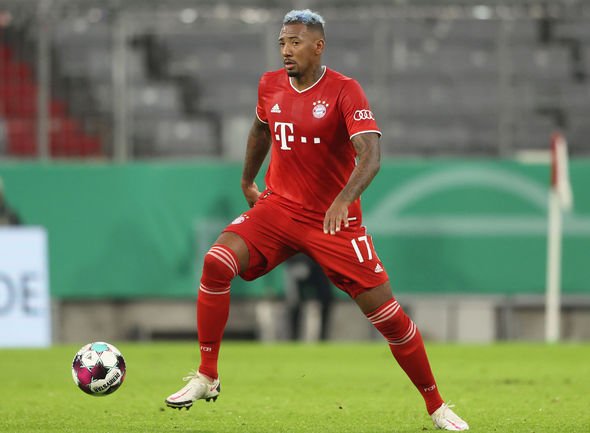 “But beggars can’t be choosers and we need experience. He is a serial winner.”

Gabriel has had a fine start to life in England following his initial £22million move from Lille in the summer.

However, Saliba is yet to make a first-team appearance since returning from his loan spell at Saint-Etienne.

The Frenchman was left out of Arsenal’s Europa League squad, a decision Arteta now regrets.

“Because we had so many central defenders, we decided to leave him out of the squad which was really hurtful for me to do.

“I was hoping that Pablo [Mari] would be back in two weeks but he had a setback and then we don’t have Pablo and we don’t have William when he’s fit and available to play, but when you make those decisions, you can’t always think about every possible outcome.”