Wasps 59-35 Bristol: Hosts hit half-century for the second time in a week but visitors battle for losing bonus point in 14-try thriller at the Ricoh Arena

Would fans have enjoyed this?

Was a 14-try, 87-point feast something to marvel at or rage against at the Ricoh?

Whatever the answer the Premiership produced yet another of its pre-determined results with mis-matched selections meaning a diminished product in the desperate rush to conclude the season. 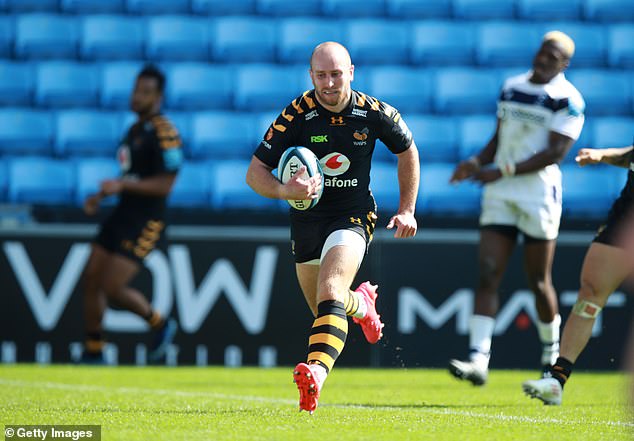 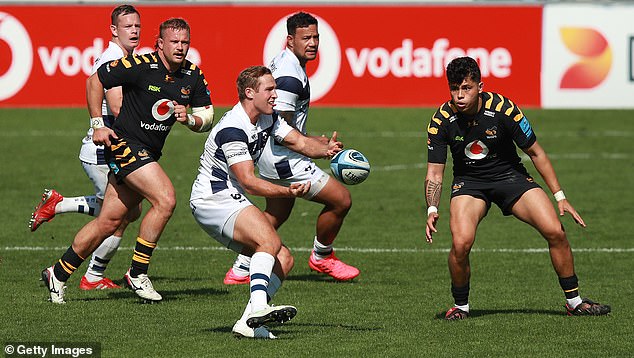 Wasps hit a half-century for the second time in a week, scoring nine tries, and moved more comfortably into the playoff slots as Bristol had rest all their stars with a European quarter-final looming on Friday as one of four games in two weeks.

Thanks to Max Malins’ one-man defiance mission Bristol left Coventry quietly pleased – they were thrashed and dropped out of the top four, but a losing-bonus point has kept them in the picture.

Their fly-half scored twice and assisted one of Bears’ five – the others a penalty-try and one on the bell for Peter McCabe after everyone had given up keeping score – as Wasps took the second-quickest time ever to score four tries in the league and then kept going.

For home skipper Joe Launchbury, who went off with a tight calf in the first half as a precaution, it was a day of mixed feelings. 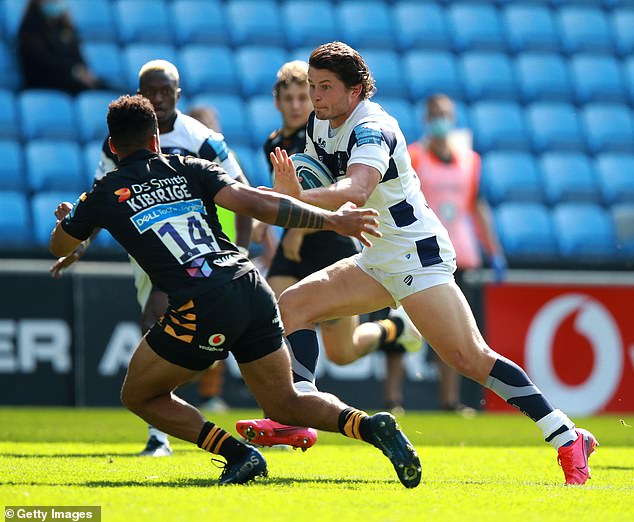 ‘With my competitive instincts I would be lying if I said I didn’t want to play against the best sides,’ said the England lock.

‘But we’ve done the job, been professional, although it was frustrating to give them a point.

‘I have no idea what day of the week it is, but it’s been an exciting period.’ Wasps have now won six out of seven since the restart and Launchbury knows that now, with two to play, anything other than a top-four finish is a failure.

‘If we don’t finish where we want to now it’ll be very frustrating.’ The first half here was as strong an argument as any that the decision to complete this season in a hurry has savaged sporting integrity of the league. 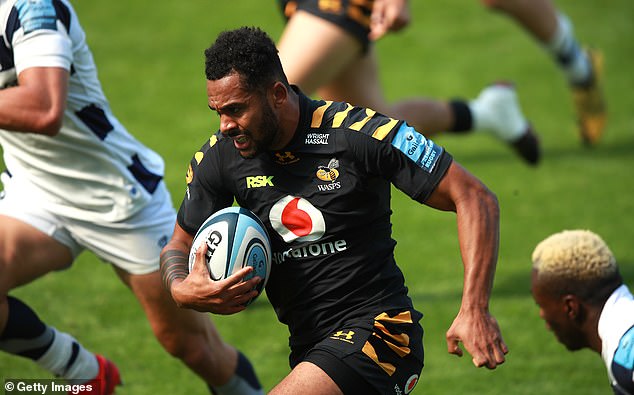 Bristol might well have lost with their full side but after European rugby bosses refused to move their upcoming Challenge Cup quarter-final against Dragons to the weekend, as opposed to Friday, they have been left with four games in 15 days.

‘I’d rather be in Europe quarter-final than not be. Three years ago we were in the Championship. We are still in truly alive in this competition as well.

‘This is us doing all that we can. There will always be an asterisk beside this season but everything has an asterisk in life at the moment because of Covid.’ So their third-string came here for a thankless task. Within 18 minutes Wasps had secured their bonus-point – four minutes short of the league record set in 2004 by Harlequins. 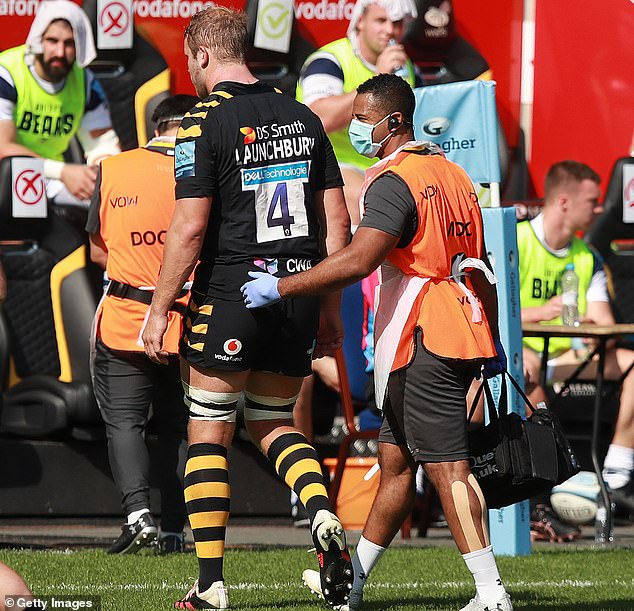 For Bristol Malins scored two and set up one for Piers O’Conor and they took a crucial late penalty try before McCabe added a fifth.

But if anyone had been here to see it, they might have trudged home with a shrug.