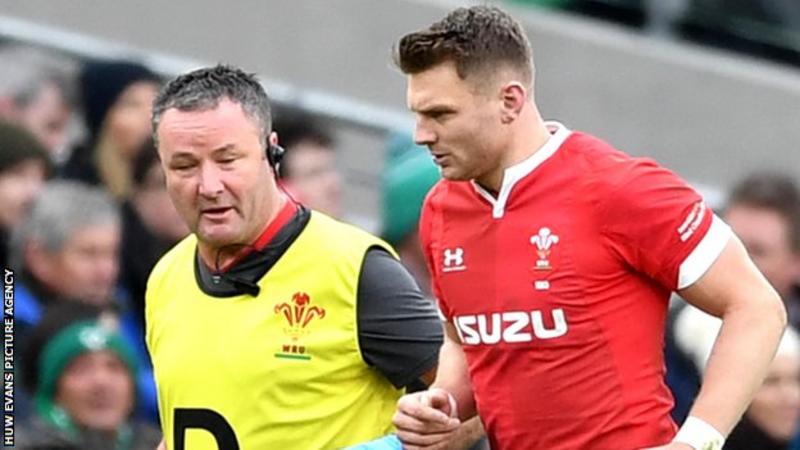 Wales are confident fly-half Dan Biggar will be fit to start against France.

Biggar was forced off the field early in the second half of last Saturday’s defeat in Ireland after a collision with centre Robbie Henshaw and failed a head injury assessment (HIA).

“He is pretty good and is recovering pretty well,” said Jenkins. “So hopefully he will be OK for next week.”

Biggar suffered head injuries against Fiji and Australia in the 2019 World Cup and was forced off the field on both occasions.

“The World Cup was a concern in terms of the heavy ones that he had but I don’t think Saturday was as bad as those, that’s for sure,” said Jenkins.

“But [an HIA] is still something that you’ve got to do and the right decision was made.

“He is a tough old player, as you could see on Saturday because trying to get him off was an issue, but hopefully he will do everything he needs to do and will be back ready for France.

“Dan is a fantastic rugby player and a world-class 10 who has been here for a long time.”

With Gareth Anscombe and Rhys Patchell currently sidelined, Cardiff Blues fly-half Jarrod Evans is the only fit fly-half in the squad after Owen Williams was ruled out of the rest of the tournament with a hamstring injury.

Jenkins mentioned Sam Davies, Angus O’Brien and Dan Jones as Welsh-based options, with Wales Under-20s fly-half Sam Costelow, currently at Leicester, another possibility to be called up to the squad.

“We’ve got Jarrod going pretty well and is still a young kid who is learning and trying to get better,” said Jenkins.

“He had 30-odd minutes in Ireland and probably hasn’t played a game at that level, certainly away from home. That will put him in good stead and hopefully he will learn and develop from that.

“There are other 10s in Wales that we could easily call in if we wanted to, but I will leave that to Wayne [Pivac] and he will make that decision when the time is right.” 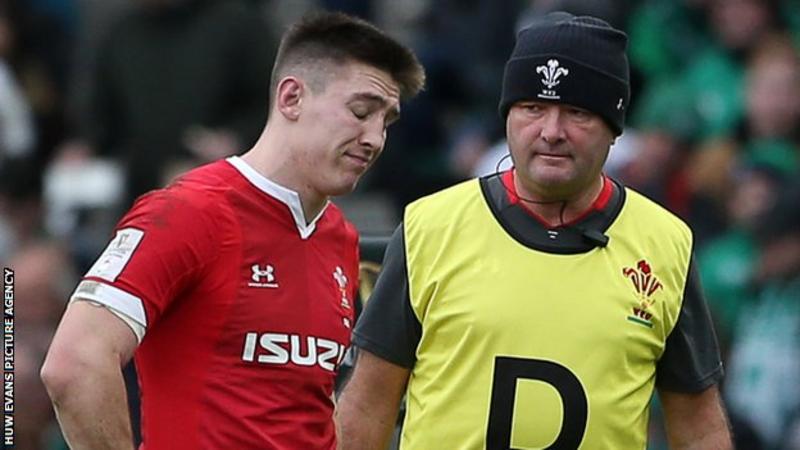 Wales’ medical team are confident wing Josh Adams will be fit to train with the squad later this week after he was forced off against Ireland with a hip injury in the first-half.

“Josh is recovering and going through his treatment,” said Jenkins.

“He is a key player for us although Johnny McNicholl is a very good player and came on and did well for us on Saturday.

“Josh is one of our leading lights. He has been outstanding in the World Cup and in the two games so far up until his injury.

“He is a big player for us and ideally we would get him fit. The more players we have fit and available the better.

“He spends most of the time with the medics at the moment and he comes and watches us train. He will take part with us when he is ready to go.”