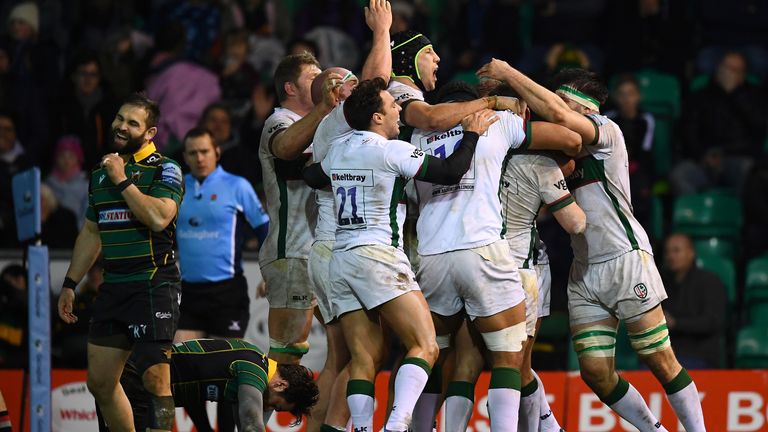 Northampton paid the price for Api Ratuniyarawa’s dismissal as a last-minute try from Dave Porecki earned London Irish a 20-16 win and prevented Saints going top of the Gallagher Premiership.

The Exiles’ second-rower Adam Coleman charged down an attempted clearance from Saints’ replacement Henry Taylor enabling Porecki to crash over.

Lock Ratuniyarawa was sent off in the 50th minute for a head-high challenge on visiting prop Harry Elrington as the Fijian tried to effect a clear-out at a ruck.

A disjointed Saints led 13-8 at the time but the sending off seemed to temporarily galvanise them as the Exiles seemed incapable of taking advantage of Ratuniyarawa’s dismissal until two late tries saw them to a shock victory. 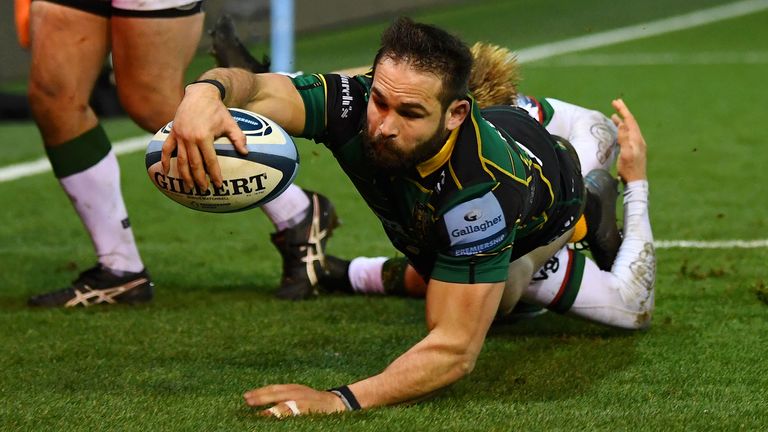 Ollie Hassell-Collins, Franco Van Der Merwe and Porecki responded with tries for Irish with Stephen Myler adding a penalty and a conversion.

Piers Francis led out Northampton on his 50th appearance for the club but the celebration was short-lived as he was stretchered from the field in the 13th minute.

Drives from Porecki and Sekope Kepu forced Northampton to concede a penalty in front of these own posts. Irish then opted for a scrum and were rewarded when a long pass from Ben Meehan provided Hassell-Collins with an easy run-in. 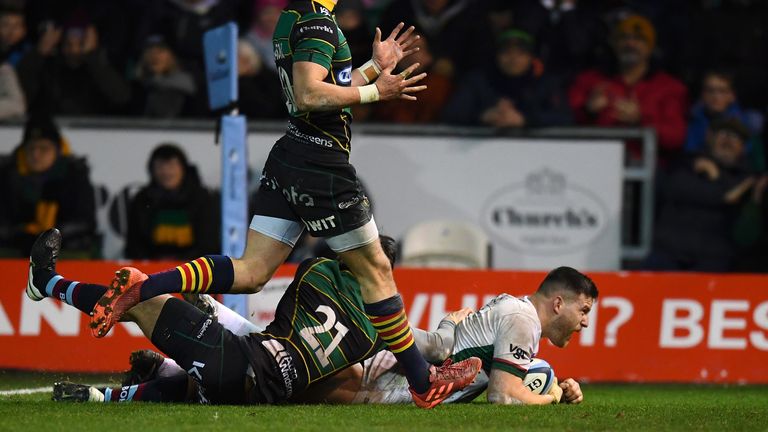 Myler’s conversion attempt rebounded back off a post before Grayson put the hosts on the scoreboard with a simple penalty.

However, Irish continued to be the more lively side in the opening period but their momentum was temporarily halted when Meehan was yellow carded after upending his opposite number Reinach.

In Meehan’s absence, Myler fired over a penalty before Northampton made their numerical advantage count when Reinach saw a gap to dart over from close range.

Grayson converted and added a penalty to give Saints a fortunate 13-8 half-time lead and their spirits were further buoyed by the news that Francis had recovered to be up and walking around the changing room. 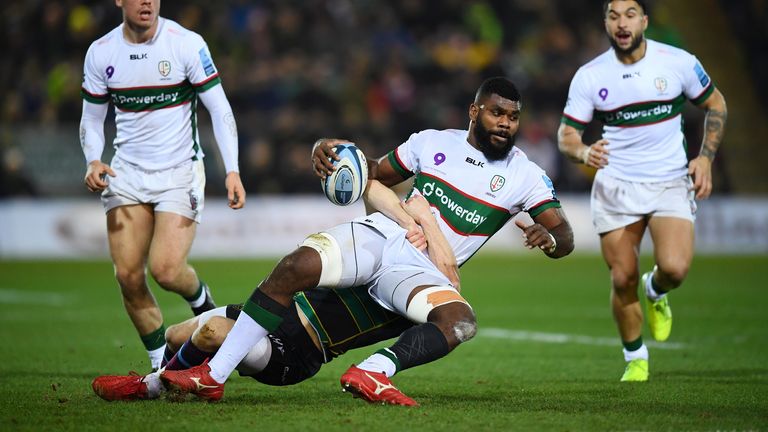 After the interval, Grayson had the first chance for points but his 40-metre penalty attempt never threatened the posts before Ratuniyarawa was sent off.

Despite that blow, Northampton continued to dominate the second period.

However, Grayson missed a sitter but when Irish replacement, Nick Phipps, was sin-binned for a deliberate knock-on, the fly-half kept his cool to fire over his third penalty with a far more difficult kick.