Ronnie O’Sullivan insists Lewis Hamilton cannot be Britain’s best ever sportsman because the Formula One world champion is not on a “level playing field” with his competitors. The 35-year-old equalled F1 icon Michael Schumacher for the most titles in history at the weekend, with victory at the Turkish Grand Prix sealing Hamilton’s seventh success.

The Mercedes driver has won all of the last four drivers’ championships and produced a stellar drive in tricky conditions in Istanbul.

Hamilton’s contract with the Silver Arrows, the winners of the last seven constructors’ titles, expires at the end of the season but he is widely expected to extend his deal with talks to commence shortly.

And staying in the sport would give him an opportunity to become the outright most successful driver of all time next year, though he has already surpassed Schumacher’s tally of wins, pole positions and podiums as well as matching his number of championships.

But snooker legend O’Sullivan – the reigning six-time world champion and a 20-time Triple Crown Series titlist – does not believe Hamilton’s achievements are comparable with Britain’s other sporting greats.

Hamilton’s feats have seen a rise in calls for him to be knighted, to add to the MBE he was awarded after his first F1 title in 2008, and have also triggered a fresh debate as to whether or not he is a greater sportsman than the likes of Andy Murray, Sir Mo Farah or Chris Froome. 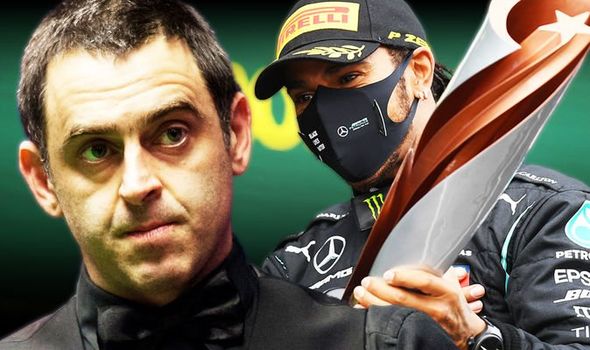 Yet The Rocket insists the fact the machinery at Hamilton’s disposal in his Mercedes car is superior to his rivals means his achievements cannot be compared to his sporting peers, even if winning the F1 championship seven times is a “fantastic” accomplishment.

O’Sullivan, 44, declared from this week’s Northern Ireland Open as quoted in the Daily Star: “I think it’s difficult to say where he is [among the country’s sporting icons].

“A lot of the sports I watch… the people that have done it, you have to look whether it’s a level playing field.

“If you have a car that is going a second a lap quicker than the other cars, in theory all he has to beat is his team-mate [Valtteri] Bottas – who seems to be comfortable and happy playing second fiddle. 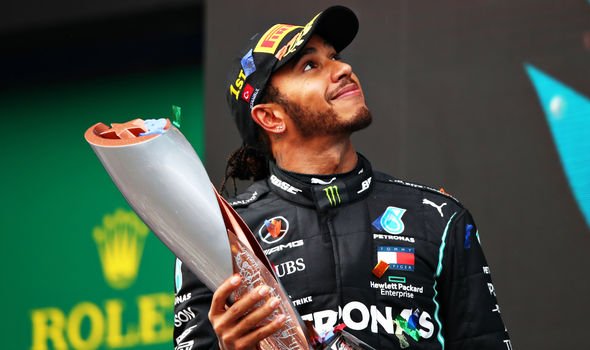 “Snooker is like that, too, with a level playing field. In boxing certain boxers avoid certain fighters so that makes it hard for them to have credibility unless they fought the best.

“That’s why you have to give credit to people like Tyson Fury because you know they won’t duck anyone and will fight anyone anywhere at any time.

“I just think sport is where there is no advantage.

“You don’t get to choose your opponent or have better equipment. So for me, [Roger] Federer, [Rafael] Nadal, [Novak] Djokovic, Phil Taylor in darts, Tiger Woods, [Lionel] Messi, [Cristiano] Ronaldo… it’s there to see.

“I wouldn’t have felt as good about my career in snooker if I had been playing on a table where the pockets I was using were bigger than my opponent’s.

“At least in snooker everyone has the same equipment and it is totally a level playing field. I don’t choose my opponents or the table.

“It is fantastic for Lewis to win seven world titles, but if your car is going around quicker you can afford to make a few mistakes and still get away with it.

“It’s a bit like driving around smoking a cigar with one finger on the wheel!” 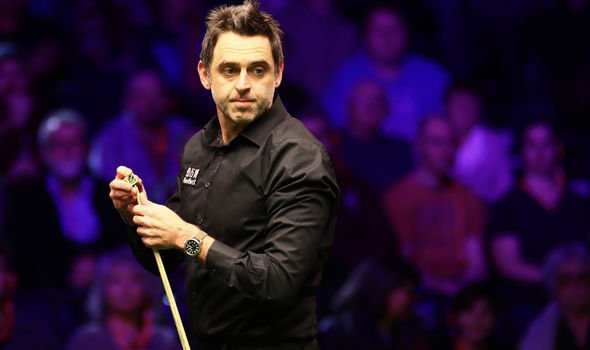 A group of MPs have this week called upon Prime Minister Boris Johnson to recommend Hamilton to Her Majesty The Queen for a knighthood following his record-equalling seventh crown.

“With his record-breaking season this year, we believe now is the right time to do this.”

Hamilton, who currently earns around £40million a year on his Mercedes contract, has previously been criticised over his tax status with the Brit living in the tax-haven of Monaco.

But he is said to be among the UK’s 5,000 highest taxpayers per former Labour cabinet minister Lord Hain, who also serves on the All-Party Parliamentary Group for F1 and is backing Hamilton for a knighthood. 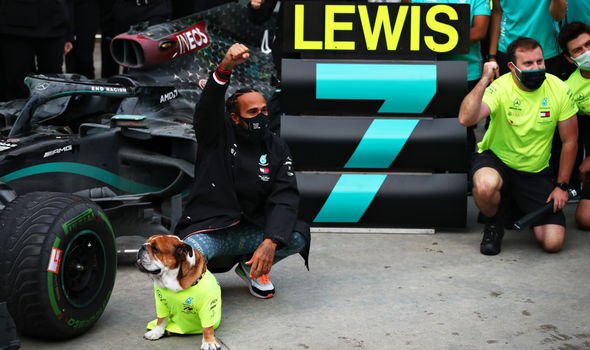 He said: “You have got Andy Murray, Mo Farah, Bradley Wiggins who have all been given knighthoods in recent years, and I cannot understand why Lewis Hamilton hasn’t.”

Lord Hain added: “This is a kid from a very deprived background, who is black, and has made it in what is a rich person’s sport – an incredible achievement.

“He has been inspirational on the whole question of racism and Black Lives Matter. He supports charities and works on climate change.

“On the topic of tax, which is said to be a niggle, Lewis is a top British taxpayer. He has a house in London, and I have explained all of this. It’s baffling.”

The decision as to whether Hamilton will be nominated for honours in the New Year will be made after considering whether or not it would be better to wait until the F1 champion has called time on his career.

“Captain Tom [Moore] waited 100 years for that great honour, and then you have these doctors and nurses, who are saving lives during this hardest time ever. I don’t look at myself as an unsung hero. I haven’t saved anybody.”