Lewis Hamilton has revealed that his father, Anthony, told him about how proud he was of him after he lost the 2021 World Drivers’ Championship to Max Verstappen. The Mercedes driver lost the title in controversial circumstances after an incorrect call following a late safety car by FIA race director Michael Masi allowed the Dutchman to pass the Brit on the final lap of the final race in Abu Dhabi.

Hamilton and Verstappen had been locked in one of the most engrossing title battles in Formula One history throughout the duration of last season. The pair’s rivalry became increasingly bitter as the year progressed with the penultimate race in Saudi Arabia particularly ill-tempered. As a result, the Abu Dhabi decider was incredibly emotionally charged, something that was not helped by the FIA’s decisions.

Whoever took victory in the Middle East would win the Championship and it originally appeared that Hamilton would coast to an easy win, having comfortably led the race from the first lap. However, a late crash for Nicolas Latifi brought out the safety car with Masi incorrectly applying the rules surrounding the end of the procedure to allow racing in the final lap. Verstappen passed the seven-time champion while on fresher tyres to win his first title with many onlookers complaining the outcome had been unfairly manufactured.

Now, Hamilton has revealed his father’s first words to him when he got out of the car at the Yas Marina circuit. The 103-time race winner has regularly credited his dad with his success in the sport after he worked multiple jobs in order to fund his participation in karting and helped him climb the junior ranks. 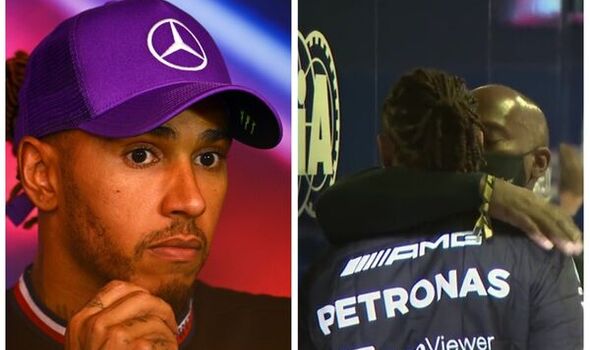 Speaking in an extensive interview with Vogue, the Briton explained Anthony’s post-race actions: “He embraced me, and I think he was like, ‘I want you to know how proud I am of you.’ Having your father embrace you in that way is one of the most profound things ever. Especially as you’ve grown up not many times having that.”

It is no surprise that Hamilton believes that he was cheated out of the Championship by the actions of those at the top of the FIA. He is alongside countless others who believe the sport’s governing body chose entertainment rather than sporting integrity.

“My worst fears came alive,” he said. “I was like, there’s no way they’re going to cheat me out of this. There’s no way. That won’t happen. Surely not.

“I knew what had happened. I knew what decisions had been made and why. I knew that something wasn’t right.” 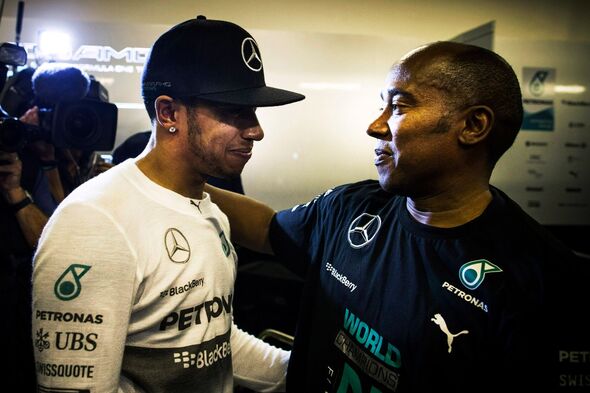 His father’s actions were crucial in helping him start to process what had happened at the end of the race. He describes the initial post-race moments as some of the toughest of his entire life.

“I remember just sitting there just in disbelief. I realised I’ve got to undo my belts, I’ve got to get out of there, I’ve got to climb out of this thing, I’ve got to find the strength. I had no strength. It was one of the toughest moments, I would say, that I’ve had in a long, long time.”

Hamilton is still searching for his record-breaking eighth world title having lost out at the Yas Marina circuit. The outcome of the race will continue to hurt this season given Mercedes’ struggles, with Hamilton over 100 points behind his fierce rival Verstappen as the sport completes its mid-season break.