F1 preview: A lap of the Hungarian Grand Prix

George Russell has admitted he “could have done better” after missing out on his first F1 win at the Hungarian Grand Prix. The Mercedes man finished P3 in Hungary to secure a back to-back podium finish for the first time this year but missed out on victory after starting from pole.

He said: “Yeah when it started spitting at the beginning and we were on the soft tyres I thought we were on, we made a really strong start, it was a good first stint. And then towards the end on the mediums and when the rain started to come down we really struggled and losing temperature… We are definitely making progress.

“Yeah I’m sure there’s a lot I will look over and could have done better. It was challenging to manage the tyres, we pitted quite early on both stints so your trying to eke the tyres out… A bit of a challenging position to be in.”

It comes just a day after Russell secured his first pole position of the season on Saturday. He pipped the Ferrari of Carlos Sainz on the final lap in Q3 to give Mercedes their best qualifying result of the season. 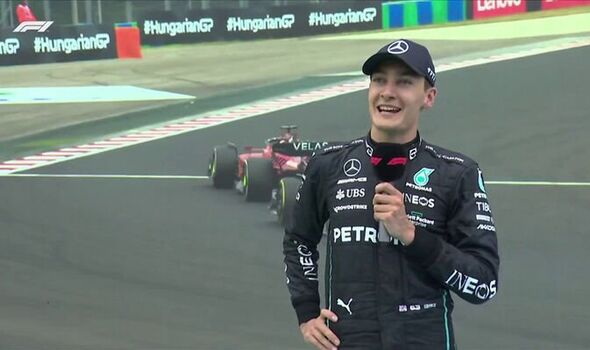 Russell led the opening stages of the race after pulling away from Sainz and Leclerc but was eventually caught after the first stops. The Mercedes star then enjoyed a titanic duel with Leclerc, holding off the Monegasque for several laps despite Ferrari having the pace advantage.

However, Russell managed to close the gap to Leclerc after the second pit stop window on better tyres. Ferrari had stopped Leclerc for the hard compound but lacked pace and Russell sweeped past. 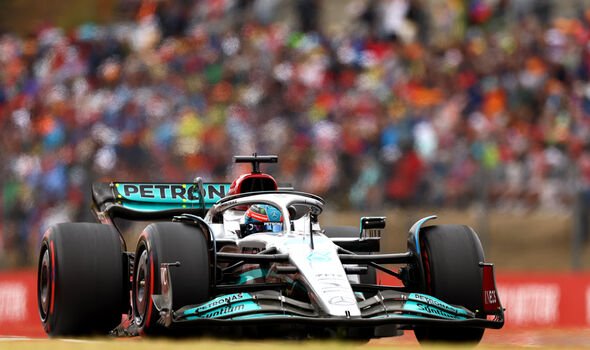 Russell was unable to close the gap to Verstappen towards the end of the race and was hunted down by Hamilton on fresher tyres in the closing stages. The Mercedes rookie appeared to defend against Hamilton but his efforts were futile as Hamilton swept around at turn one with five laps remaining.

But, the former Williams man still secured one of the team’s best results of the season. It’s Mercedes second consecutive double podium finish after the team achieved second and third in France last weekend.

Hamilton’s late pass on Russell and securing the fastest lap means he further reduces the deficit to Russell in the championship. The gap between the pair has been cut form 16 points to just 12 heading into F1’s summer break.