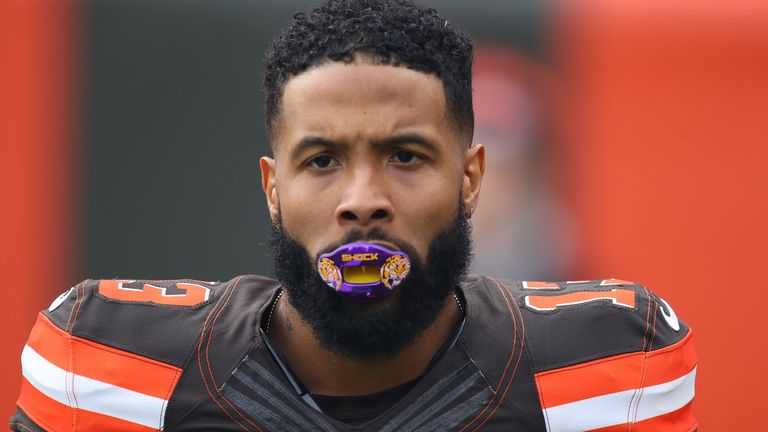 An arrest warrant has been issued by the New Orleans police department for Cleveland Browns wide receiver Odell Beckham Jr.

Beckham faces a charge of simple battery after footage emerged appearing to show him slapping a police officer on his behind in Louisiana State University’s locker room following their College Football Championship victory over Clemson on Monday night.

The Browns said in a statement: “We are aware of the incident and have been in touch with Odell and his representatives on the matter.

“They are cooperating with the proper authorities to appropriately address the situation.”

Beckham was the subject of an investigation earlier this week after he appeared to hand out cash to LSU players following the Tigers’ National Championship win against Clemson.

“Information and footage reviewed since shows apparent cash may have also been given to LSU student-athletes,” university spokesman Michael Bonnette said in a statement.

“We were in contact with the NCAA and the SEC immediately upon learning of this situation in which some of our student-athletes may have been placed in a compromising position.”

Beckham finished 2019 with 74 catches for 1,035 and just four touchdowns in what was his first season with the Browns.