Till wants to follow Mayweather blueprint to avoid long-term damage

Till fights Robert Whittaker in the main event of Fight Island’s last scheduled show on Sunday in what could be an epic five-round battle.

But the Liverpool native is not interested in chasing a $50,000 bonus for Fight of the Night honours and wants to safeguard his health and the durability of his chin. 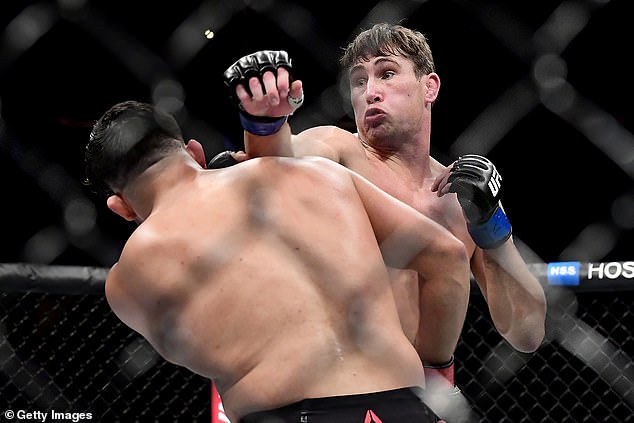 Darren Till (right), pictured during his win over Kelvin Gastelum, is wary of fighting ‘wars’ 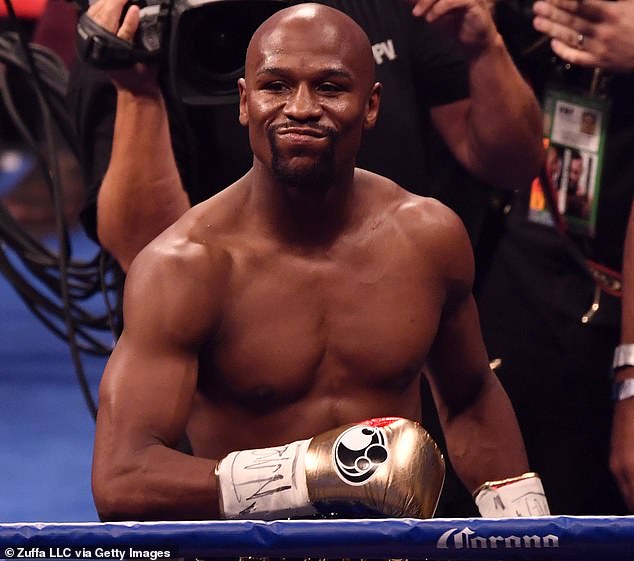 ‘One big thing I’ve always known throughout my career, the wars take the toll on you, and whoever you are, you can see them taking the toll,’ Till said on media day in Abu Dhabi.

‘No disrespect, but when you look at guys like Justin Gaethje and I look at Max Holloway now, and sometimes I seem glimpses of them slurring a little bit cause of the wars they’ve been in. All respect to the wars, but it ain’t a smart choice when you’re fighting.

And the No 5 ranked middleweight contender takes the example of Mayweather, who still has all his faculties in tact after an undefeated 50-0 career, even if many of his fights were not the most thrilling affairs.

Till added: ‘You want to sort of look in the direction of someone like Floyd Mayweather. Someone like that.

‘He’s 40-plus [years old], whatever he is now, and he’s got all his brain cells because he hardly got hit.

Till is coming off a victory against Kelvin Gastelum last November but had suffered a brutal KO defeat by Jorge Masvidal before that in London and is wary that not sticking to his gameplan against Whittaker could result in the same outcome. 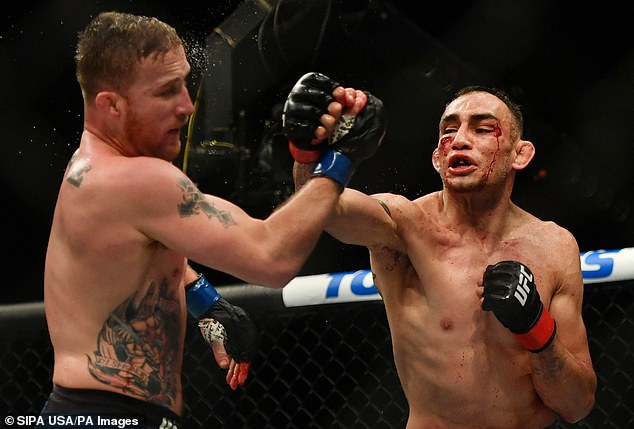 Till believes some fighters, including Justin Gaethje (left) are already slurring their words

‘If only I had done it (stuck to the plan) against Masvidal, I would probably be on the cover of EA Sports right now.

‘You can’t fight every fight [with] perfection, and it’s not like that. The fight game is certainly not like that, especially in MMA.

‘That’s why it doesn’t matter who you’re fighting, they could have a big belly, you can never underestimate or overlook any fighter.

‘Maybe I did. Maybe on my part I did [underestimate him], but you live and you learn.’ 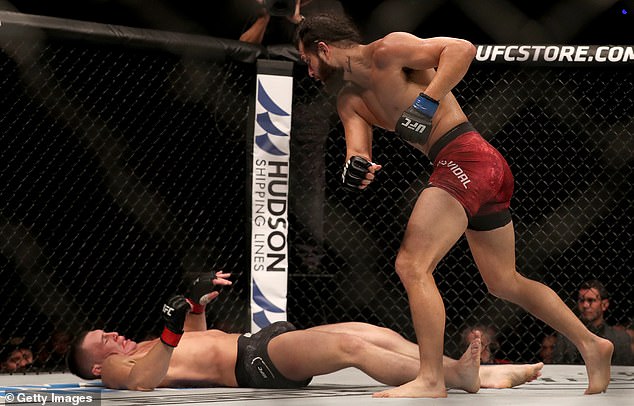