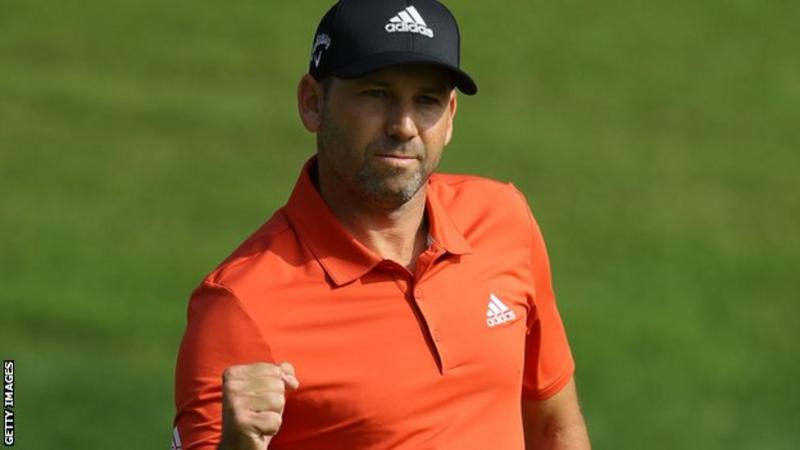 Sergio Garcia won his third Valderrama Masters in a row after the event was reduced to 54 holes and completed on the fifth day because of bad weather.

Ireland’s Shane Lowry was second after a round of 66 left him on eight under.

Lowry got to within a shot of Garcia with three consecutive birdies after the turn but the Spaniard held on.

While Lowry ran up a double bogey at the 15th, Garcia added birdies at the 14th and 17th to give himself a cushion playing the last.

England’s Lee Westwood made four birdies on Sunday to move up to second but eventually finished in a share of fifth after shooting a 70.

His compatriot Ashley Chesters was fourth after a closing 72.

Scot Richie Ramsay secured his playing privileges for 2019 after finishing in a share of 11th on two under par to jump up to 115th in the Race to Dubai rankings.

The top 116 players keep their card for next season and England’s David Horsey claimed the final place after sharing 42nd place in Andalucia.