Bryson DeChambeau holed an eagle putt from just inside 60 feet on the 16th hole that carried him to a five-under 66 and a one-shot victory over Patrick Cantlay in the Shriners Hospital for Children Open on Sunday.

DeChambeau won for the fourth time in his last 12 starts on the PGA Tour and moved to No 5 in the world rankings.

He had to survive a wild back nine at the TPC Summerlin in which four players had a share of the lead at some point. 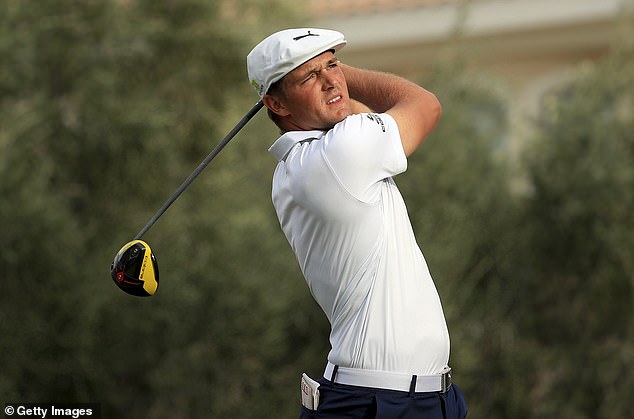 Cantlay, trying to become the first player to win back-to-back in Las Vegas in nearly 20 years, made a 15-foot birdie putt on the par-five 16th hole to take a one-shot lead. However, from a bunker right of the green on the par-three 17th, Cantlay was fooled by the amount of sand under his ball and flubbed the shot.

One hole behind him, DeChambeau rolled in his long eagle putt from just off the green and celebrated with a big uppercut. Cantlay missed his long par putt, giving DeChambeau control of the tournament.

Cantlay birdied the 18th for a 65 but it wasn’t enough after DeChambeau played the parred the final two holes to finish at 21-under 263.

DeChambeau won for the third straight season, and fifth time overall on the PGA Tour.

The 25-year-old American began his big run with a play-off victory at the Memorial before winning consecutive FedEx Cup play-off events in New Jersey and Boston. He said he was playing Las Vegas to shake off a little rust, and it turned into another victory. 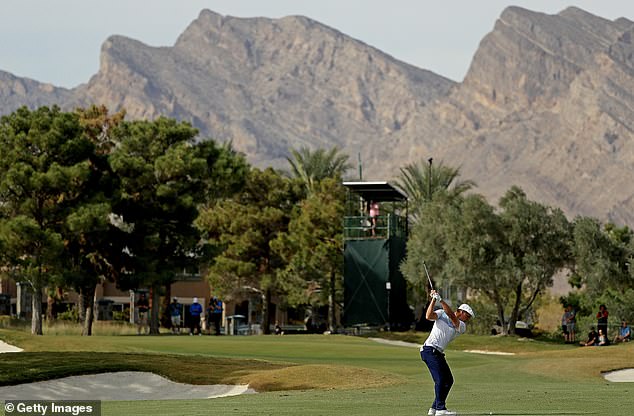 ‘I was able to play some great golf,’ DeChambeau said. ‘I’m happy to get it done.’

Not since Jim Furyk in 99 had anyone successfully defended his title in Las Vegas and Cantlay looked as if he might get it done when he drove the green on the par-four 15th for a two-putt birdie, and then rolled in another good birdie after having to lay up on the 16th.

His tee shot into the 17th was a fraction away from catching a slope and feeding toward the hole. Instead, it tumbled into the bunker to set up what appeared to be a relatively simple shot.

‘When I dug my left foot in, it didn’t have a bunch of sand,’ Cantlay said. ‘I hit the shot and there was more sand under the ball. I didn’t anticipate it.’

He wasn’t the only player stung by the outcome.

Former US Open champion Lucas Glover had a 4-foot birdie putt on the 15th hole that would have given him a share of the lead with three holes to play. Glover missed the putt, and then missed a 30-inch par putt. One hole later, he was three shots behind. 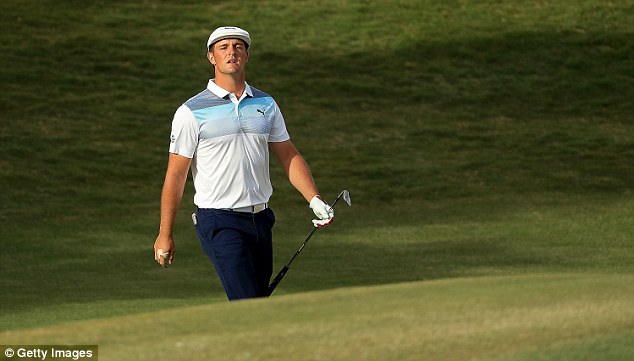 Glover finished with a triple bogey for a 71 and tied for seventh.

Peter Uihlein, who shared the 54-hole lead with DeChambeau, didn’t make a birdie until the 11th hole, finished bogey-bogey for a 75 and tied for 23rd.

Sam Ryder was one shot behind when his second shot to the par-5 16th bounced off a knob and back into the water. He managed to save par and birdied the last hole with a 15-foot putt for a 62 to finish alone in third.

DeChambeau won for the fifth time in just his 68th start as a pro on the PGA Tour, dating to his victory in the John Deere Classic in 2017.