The stifling heat and humidity of Galle provided hostile conditions for England on Wednesday but the tourists positioned themselves well to pick up a rare win on the sub-continent after Ben Foakes became only the second England wicketkeeper to score a century on Test debut and then their trio of spin bowlers dismissed Sri Lanka in just two-and-a-half sessions.

Foakes added the 13 he needed to his overnight tally to reach a century and help drag England to 342 all out , though there was a nervy period after the wicket of Jack Leach when it looked as if the Surrey gloveman may run out of partners and be stranded just short of a debut ton.

James Anderson would have to face four balls from the dangerous Dilruwan Perera as Sri Lanka’s most impressive spinner looked to add to his five first-innings wickets. Foakes, meanwhile, watched on from the other end helpless on 95.

Though surrounded by five catchers, Anderson survived the over and Foakes didn’t need a second invitation to write his name into history.

The 25 year old slapped the second ball of the next over backward of square to the ropes to take himself to within a single run. A minute later he brought up the century that dreams are made of with a punchy, high-elbowed straight drive that saw him follow Matt Prior into the record books.

He wouldn’t see out the over, scoring another boundary before being caught on 107, but by that point Foakes had helped the tourists to a very competitive 342 and a target was set. Prior, the man that Foakes followed into the history books, was phenomenally impressed by England’s newest cap.

“It was incredible and it’s a privilege to be here watching it,” he said.

“Getting a debut hundred is phenomenal but in this innings in particular, to walk out at 103 for five and play in foreign conditions, with all the challenges that come with that, is just a huge, huge effort. 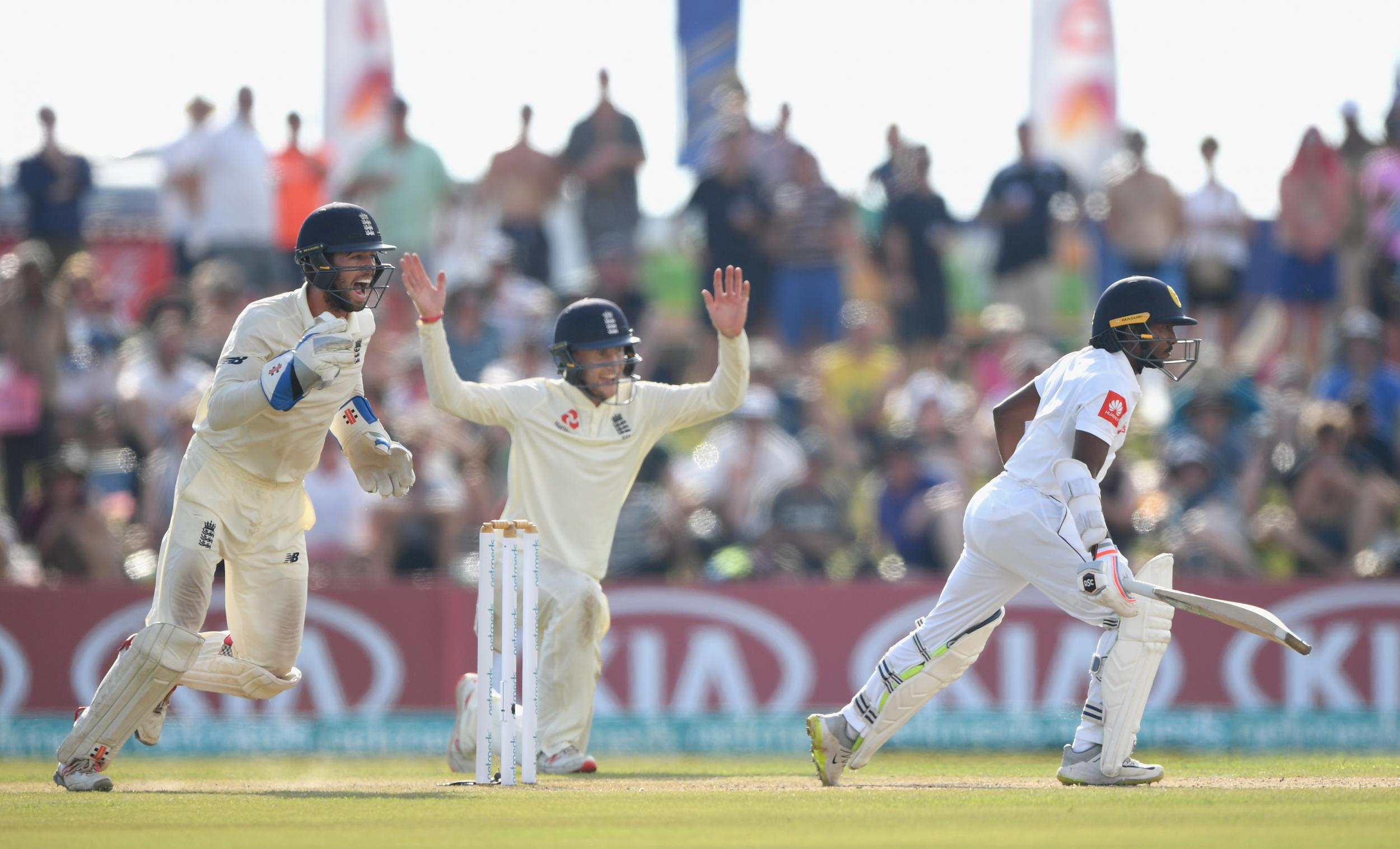 ”Having spoken to him… he seems a very composed character. He isn’t going to be one of those that gets too high or too low, which bodes well for, fingers crossed, a long international career.

“England have now got themselves a bit of a conundrum.”

A conundrum indeed. England – or, more specifically, Joe Root and Trevor Bayliss – will have big decisions to make over what they do around Foakes now. The debutant stumper is surely impossible to drop after a century in the first innings and an impeccable performance with the gloves that included a catch on the second ball of Sri Lanka’s innings, a smart stumping later on and then a superb reaction take to dismiss Akila Dananjaya.

Jonny Bairstow watched on from the sidelines at Galle but he is likely to be fit again for the second Test at Kandy. Will Trevor Bayliss try to squeeze another batsman into the line-up or does he already have one in Foakes? Can you drop Moeen Ali, whose batting let England down at three, after he took four wickets? These are questions that will be discussed a lot in the coming days, but for now, the focus is on winning a match that England are strong favourites for after skittling the Sri Lankans in a late-afternoon surge. 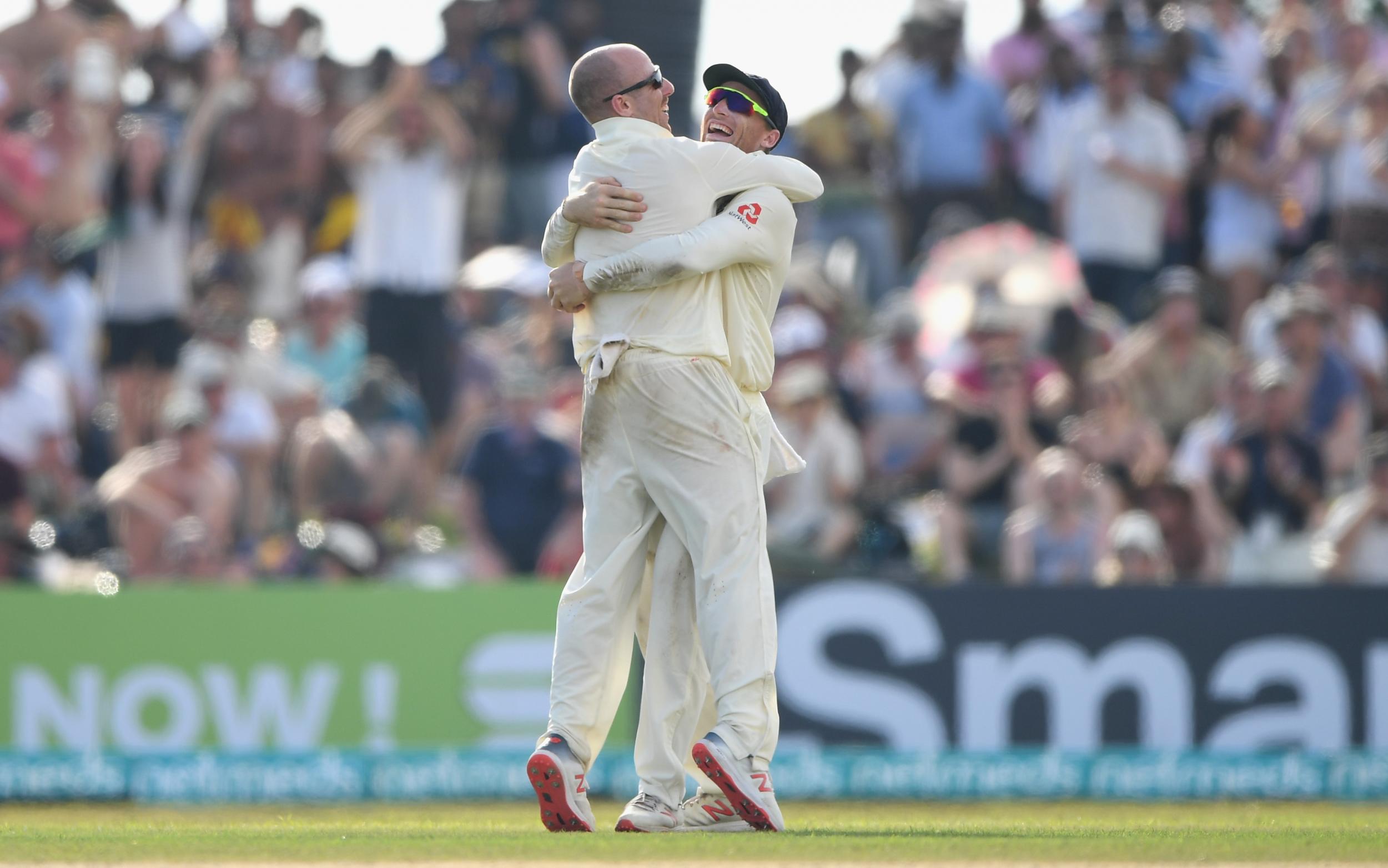 It was a long old slog in the field for England, being the first sunny, cloud-free day that Galle has seen in weeks and the tourists spent much of it baking under the sun with only a light breeze off the Indian Ocean taking the edge off the humidity.

As the Barmy Army lay about slowly turning crimson, England plugged away with a variety of different bowlers and managed to find wickets consistently as they limited Sri Lanka early in the day and then cleaned up the lower order cheaply.

Rotund spin-bowling legend Rangana Herath was given a guard of honour as he ambled out to bat but it was the wicket that brought him out which was key. Ali lured Angelo Mathews into a loose drive just after the all-rounder had passed 50 to prevent him doing replicating Foakes’ trick of prolonging the tail. 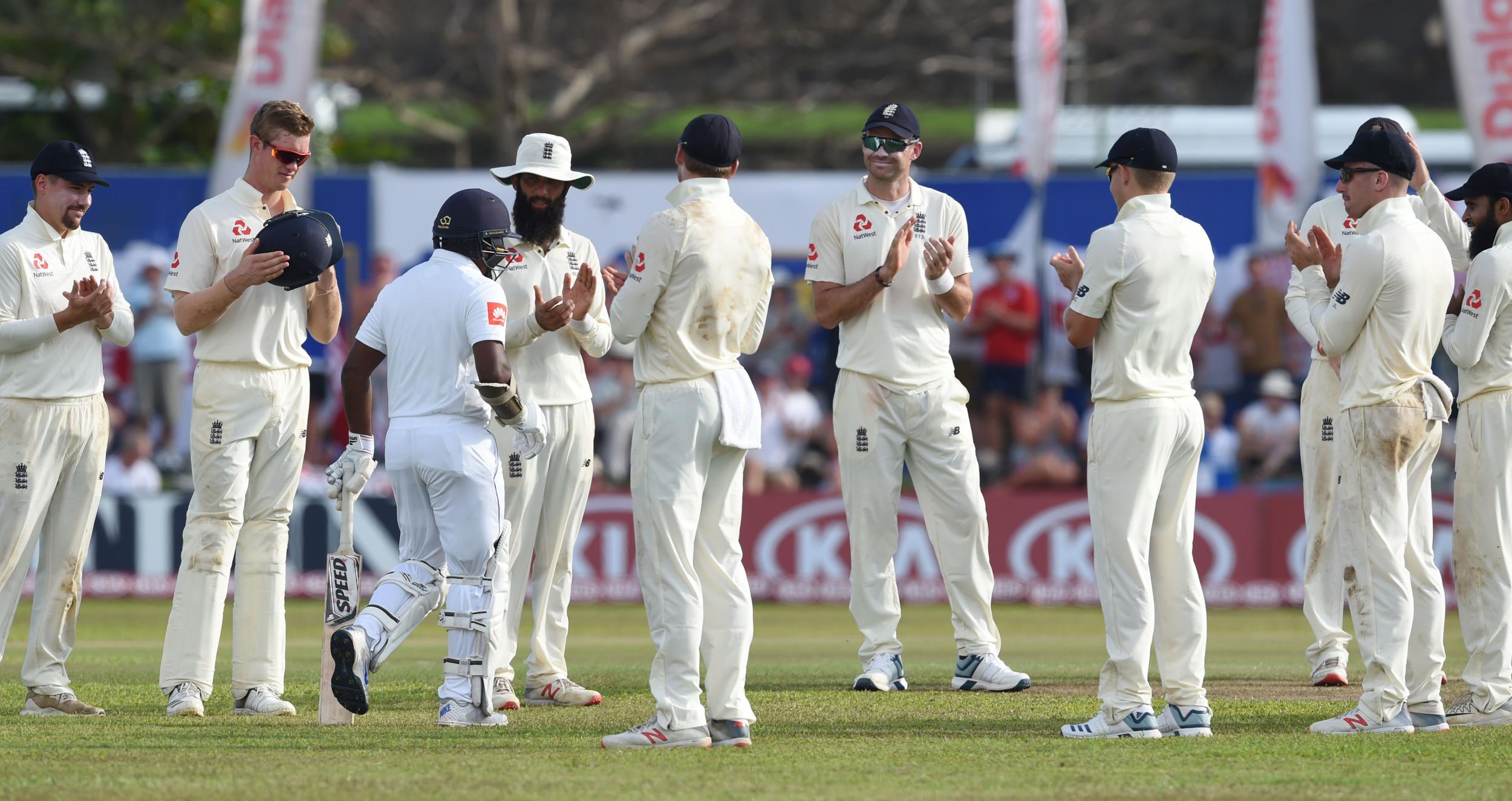 Ali and Leach shouldered much of the burden for the English bowling attack, bowling 39 of the 68 overs to take six of the wickets. A couple for Adil Rashid meant that England’s newly-formed spin trio took eight of the ten available before Rory Burns and Keaton Jennings batted out the session to make it very much the tourists’ day.

If England can carry through on their day two dominance and seal a win then it will be an impressive result on a ground where Sri Lanka have won five of their last six Tests. There remains a way to go, but the tourists have a rare opportunity for success on the sub-continent that they must now seize.