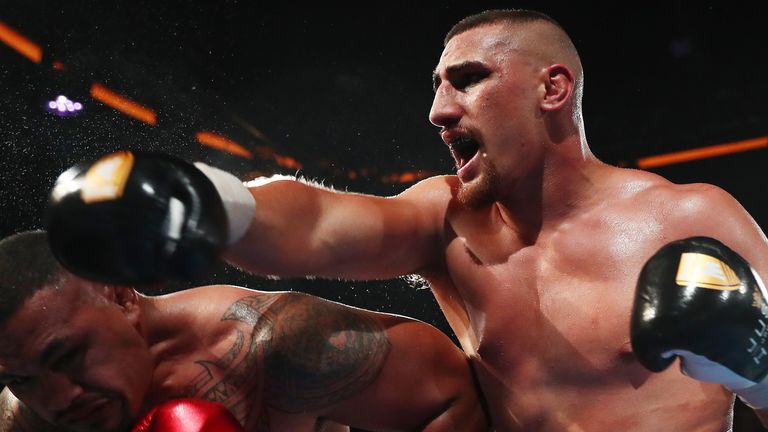 Justis Huni won the Australian heavyweight title on his professional debut to send an ominous warning through boxing’s top division.

The 21-year-old forced defending champion Faiga Opelu’s corner to throw in the towel in the seventh round of their fight on Thursday in Brisbane. 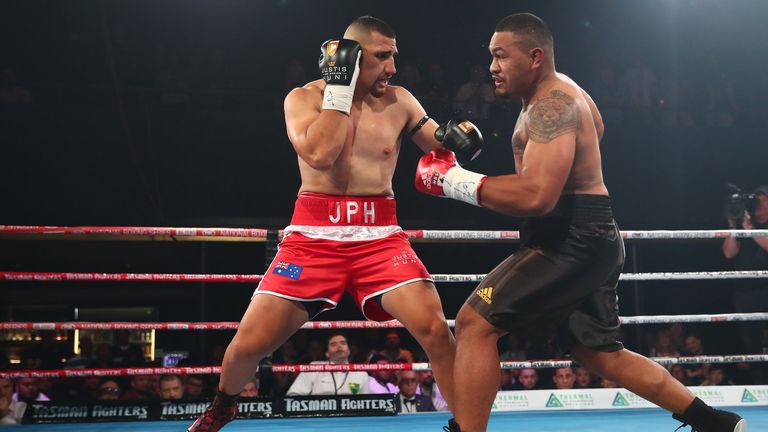 Huni was among the gold medal favourites for the Tokyo Olympics but, when they were postponed, he instead turned pro and set his sights on making history by winning a national title in his first fight.

“My dream in the professional ranks is to unify all the belts,” Huni said.

“That’s all I want to do – unify all the belts and hopefully tick that off before I’m 30-years-old and then live the rest of my life.

“I want to put the Australian heavyweight division on the map.”

‘Huni can win a world title as quick as AJ’ His promoter Dean Lonergan told Sky Sports: “[Huni] wants to do historic things, hence we’re fighting for the Australian title in the first fight out over 10 rounds. It’s never been done before.

“We aim to move him at lightning speed.

“Anthony Joshua managed to get the heavyweight title in 16 fights.

“With the right fights and starting out this way, I think that is potentially doable. I know that’s something that’s certainly on their radar.

“Do we think we can do it faster? The answer is – we’re certainly going to have a crack.”

‘I want to be world champion quickly’ Huni told Sky Sports: “That was the goal with my promoter, to take the fastest route to a world title fight.

“We’re really just looking at knocking out all the fighters here in Australia and then going worldwide after that.

“That’s definitely my dream to have a heavyweight world title fight come here in my own backyard. That would be amazing.”