On match point, the teen tried an audacious tweener underarm serve, which understandably caught his opponent completely off guard. There was even a late reaction from the crowd, but the Macdonian player held his fist up in delight as he approached the net to shake hands with his opponent.

Ivanovski defeated the 11th seed 6-1, 6-2 and will contest a third-round match against eighth seed Edas Butvilas of Lithuania. Earlier in the tournament, Kyrgios made it clear he isn’t best pleased with commentators who take a different view of his underarm serve compared to that of Andy Murray.

During his post-match press conference, the world number 40 took a swipe at those who criticised him for using an underarm serve, but seemed to praise Murray for deploying the same tactic during his 2022 Wimbledon bow against James Duckworth last night. Kyrgios, who to a degree has normalised the use of the underarm serve, said: “I remember the first time I did it was against Nadal and Acapluco and the commentators said ‘Oh what’s he done here? It’s so disrespectful, why would you do that’?’

JUST IN: Wimbledon schedule nightmare with Rafa Nadal and Nick Kyrgios on at the same time again 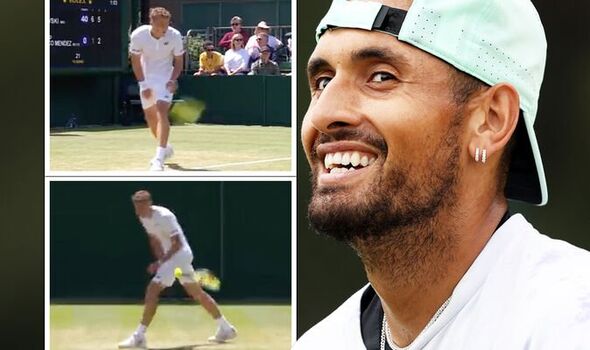 “And then now it’s like ‘Oh Andy Murray so smart.’ Everyone does it now and it’s like they’re a genius. I’m glad that people are realising there’s another way to win the point but I think it’s just hilarious.” The big-serving Aussie has been the talk of the tournament for both the right and wrong reasons.

The 27-year-old has been charged with assaulting his ex-girlfriend Chiara Passari, with the Australian tennis star due in court. The Canberra Times reported that the world number 40 will appear in a Canberra court next month after the alleged attack took place in late 2021.

A statement from the police confirmed ‘a 27-year-old Watson man’ will appear in ACT Magistrates Court in August on a common assault charge. “ACT Policing can confirm a 27-year-old Watson man is scheduled to face the ACT Magistrates Court on the 2nd of August in relation to one charge of common assault following an incident in December 2021,” the statement read. 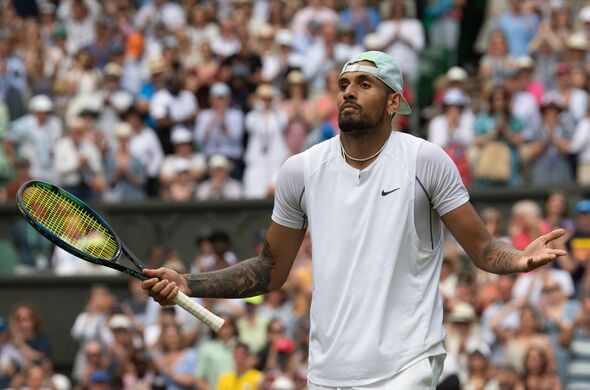 Kyrgios has been allegedly charged with grabbing his former partner Passari and, if found guilty, he could face up to two years in jail. Barrister Jason Moffett has confirmed his client was aware of the charge, and is taking the allegation ‘very seriously’. He told the Canberra Times: “It’s in the context of a domestic relationship.

“The nature of the allegation is serious, and Mr Kyrgios takes the allegation very seriously. Given the matter is before the court … he doesn’t have a comment at this stage, but in the fullness of time we’ll issue a media release.”